Skip to content
I got all my veggies planted and am enjoying seeing them grow. I started most of the seedlings indoors about three or four weeks earlier than last year to give them a better head start, which ended up being around the last week in February .  I really think I could have started them earlier though, especially the peppers because they take a long time to sprout. Next year I am going to start them on the first of February, which will be fun because February is such a boring month for me!

My tomatoes are doing great!  I did three regular tomato plants and three beefsteak tomato plants. I am overexcited to have fried green tomato sandwiches!

My cucumbers are doing great too. I’m not a huge fan of cucumbers, but I kind of want to try making pickles so I planted them anyway.

I decided to add more flowers to my garden this year. I plants lots of marigolds and nasturtiums that I grew from seed to look pretty among my veggies and also to help keep bad bugs away from them.

I love how the nasturtium leaves look like tiny lily pads. 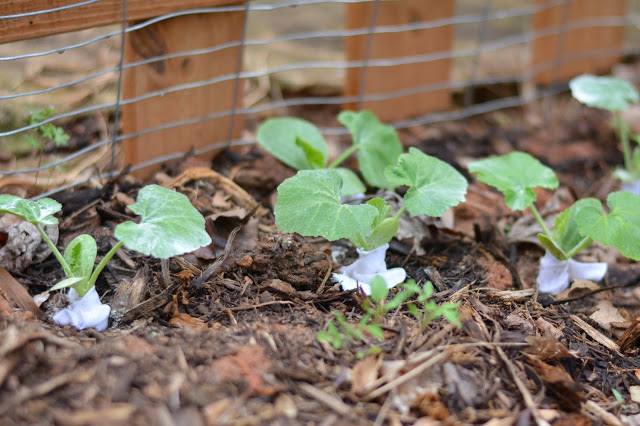 Last year suqash borers ruined every squash plant I had. So this year I put little shirts around them to protect them. Hopefully it works!  I planted so many different kinds of squash and gourds.

Cabbage, broccoli and cauliflower are coming along nicely. I put in new plants every couple of weeks to hopefully have a constant harvest. 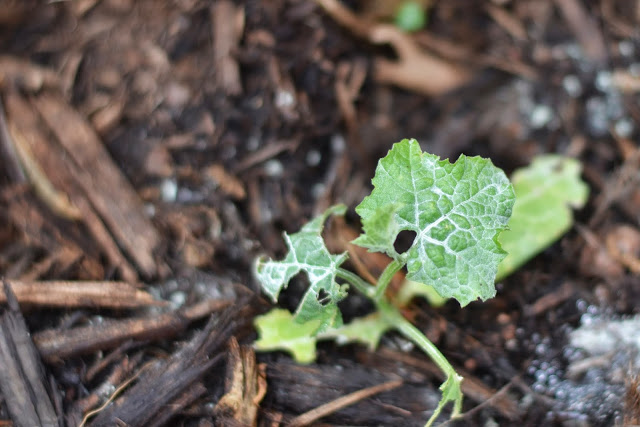 Last year my Luffa plants failed miserably. They finally grew fruits but they didn’t mature in time before the first frost. This year I started them way earlier but dang bugs kept coming along and chewing them! Even though I put strong repellent on them. They look pretty sad but are making progress, I really hope they work this year!

My peas are doing great!  Last year they didn’t do anything. They sprouted, looked really bad and then died. This year a planted about 4 times as many thinking most of them would die, but, actually they all lived and now I have peas taking over an entire corner of my garden. But that’s okay because I love peas!

The only thing I am discouraged about are my carrots. I planted seeds weeks ago and they have barely done anything. I put a bunch of fertilizer on them so maybe that will speed them up. Haha.
Are you growing any vegetables this year?