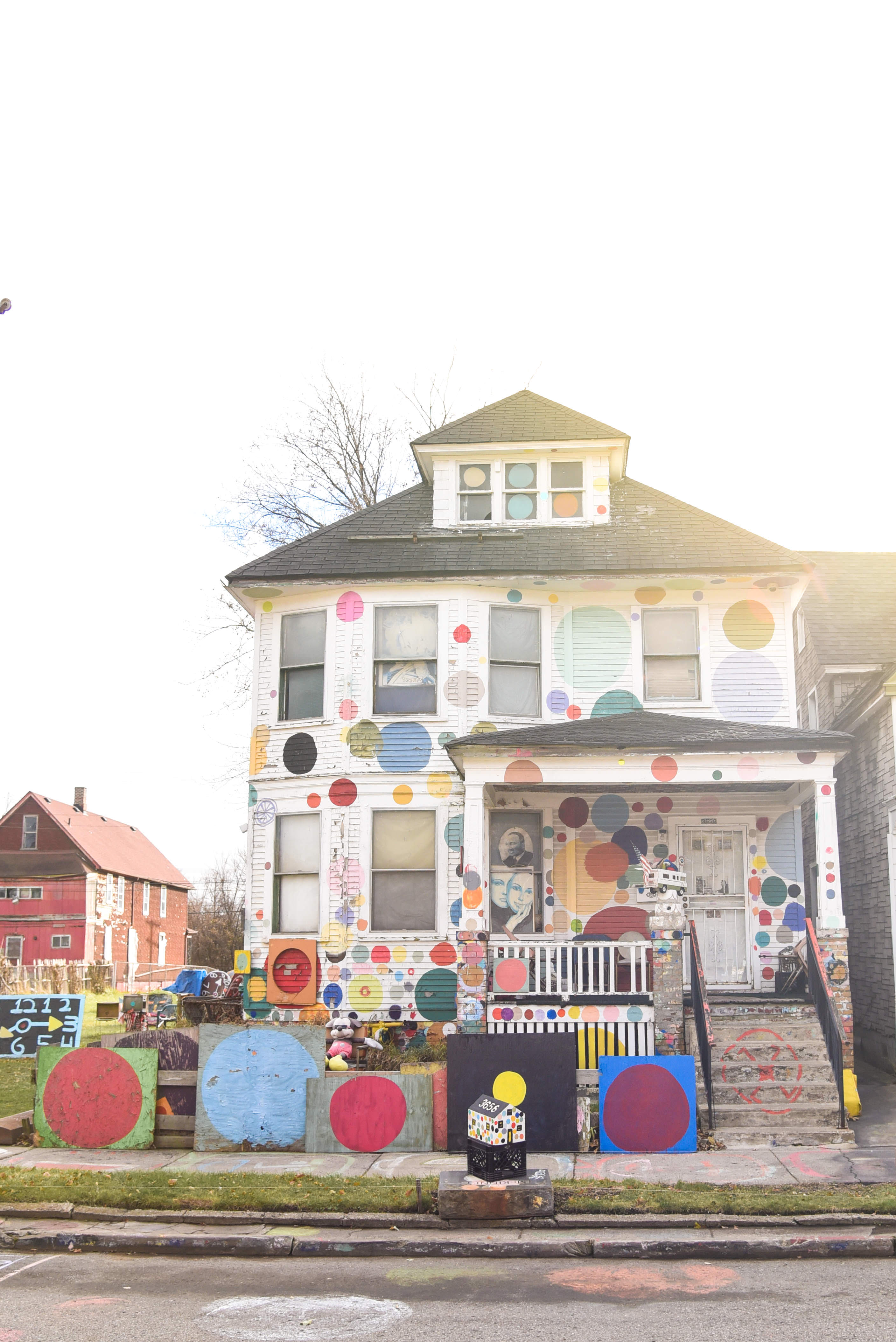 Heidelburg street, in East Detroit.
I had seen many pictures of this house and when I found out it was in Detroit, my homeland, I had to go. 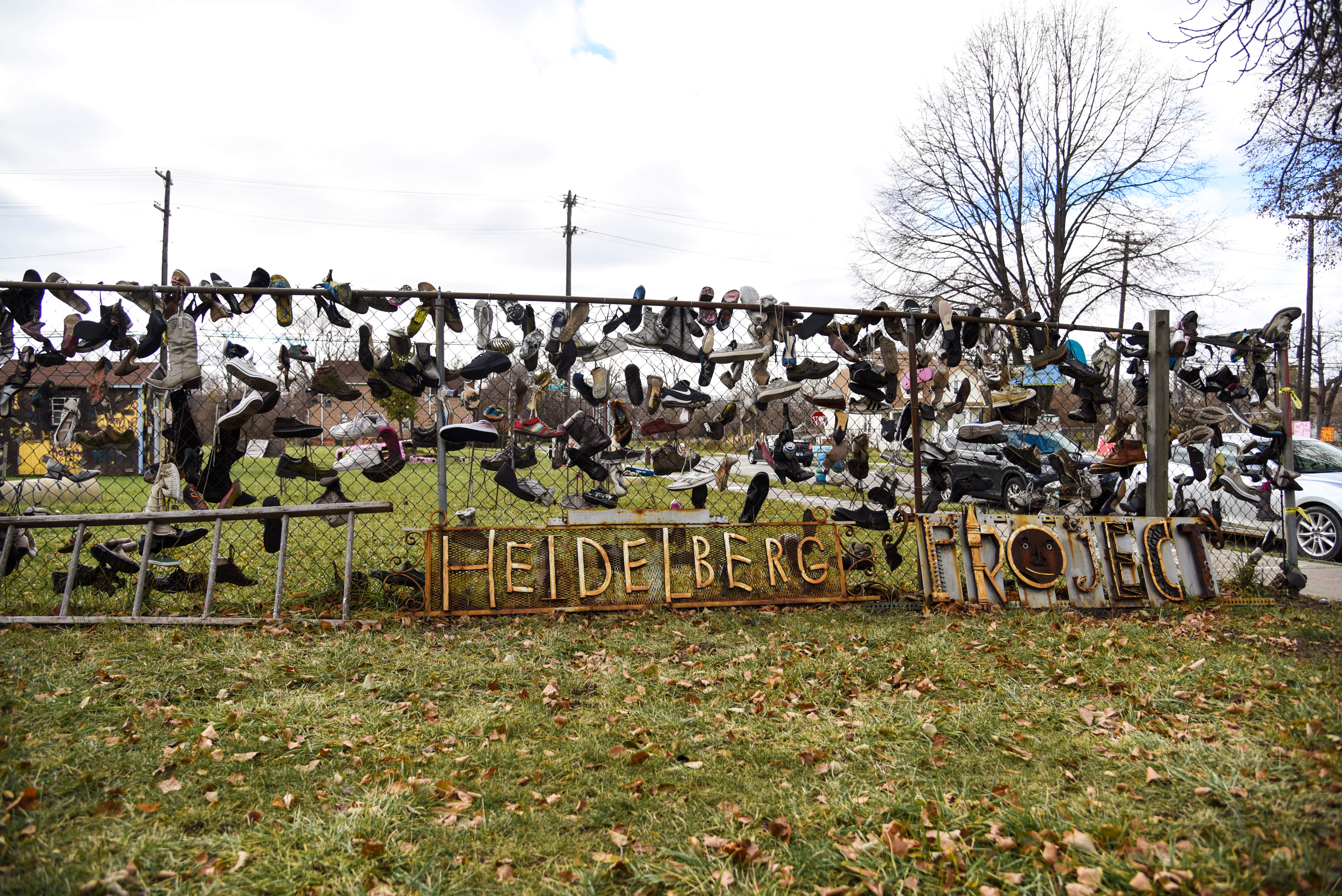 I didn’t realize how big the Heidelberg project really was. It consumed the entire street. 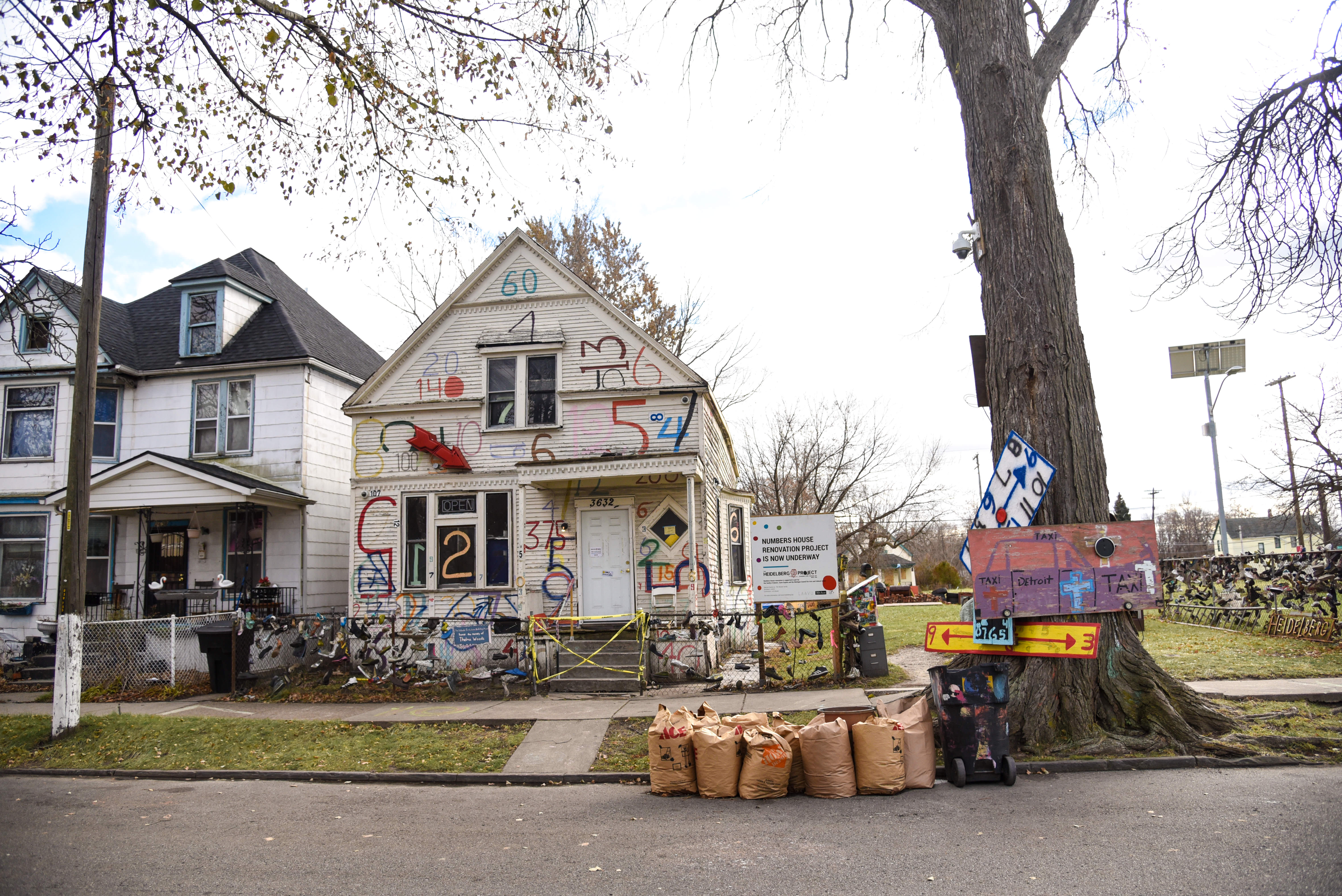 The abandoned houses in the surrounding neighborhood stood intimidating against the cold grey winter sky.  I’d seen rows of abandoned houses plenty of times before, but this was much larger than that.  Many of the seemingly abandoned houses were not quite abandoned though. There were signs of life inside, even if the roof had fallen in.
It was one of many neighborhoods that got left behind. Forgotten as the rich parts of the city grew. 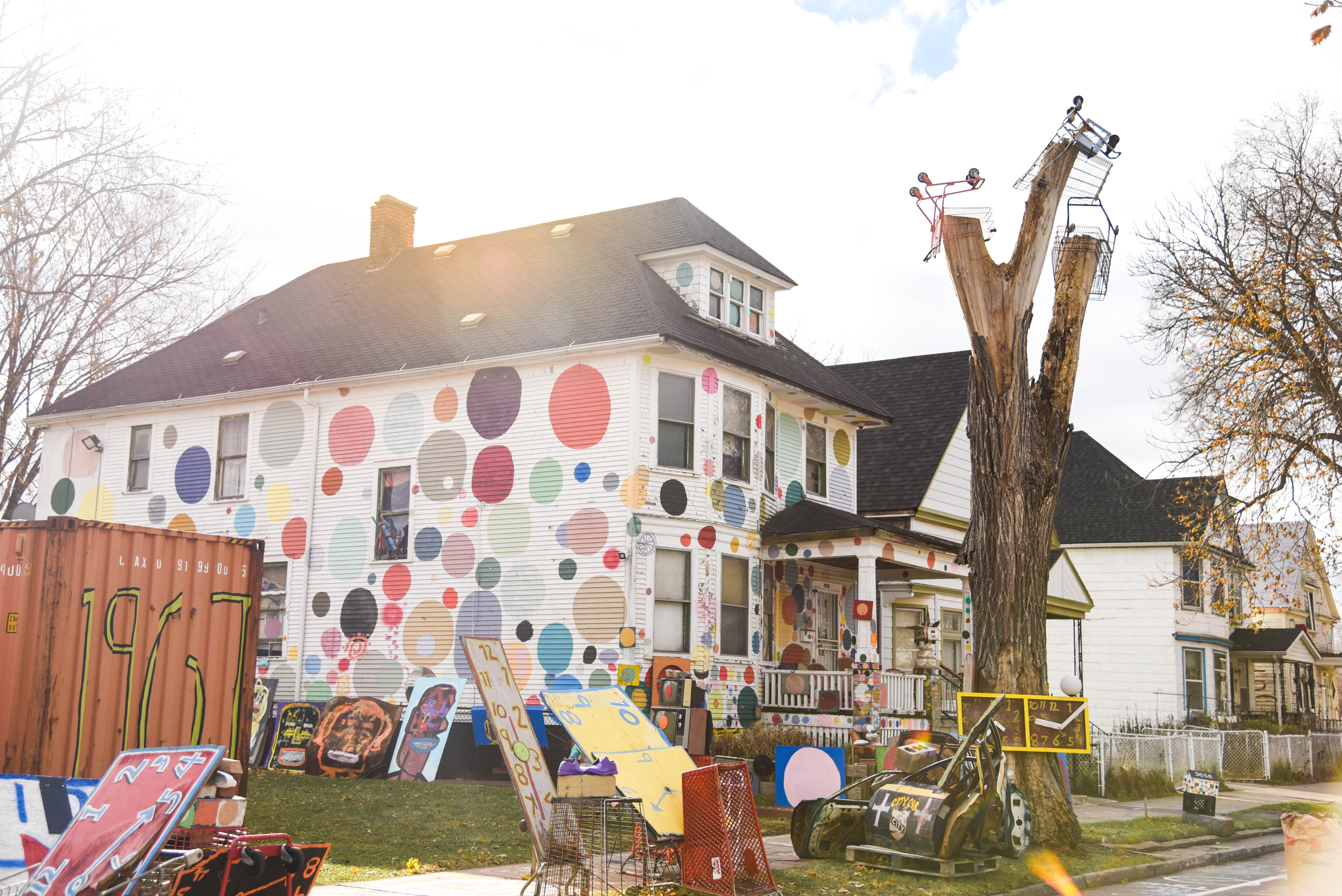 Tyree Guton started this project in 1986 when he returned from the army and found the neighborhood he grew up in, in shambles.
The goal of The Heidelberg Project is to bring communities together, and improve lives through art.
It was easy to see that this project brought a whole mix of different people to this neighborhood, who might have otherwise stayed far away. 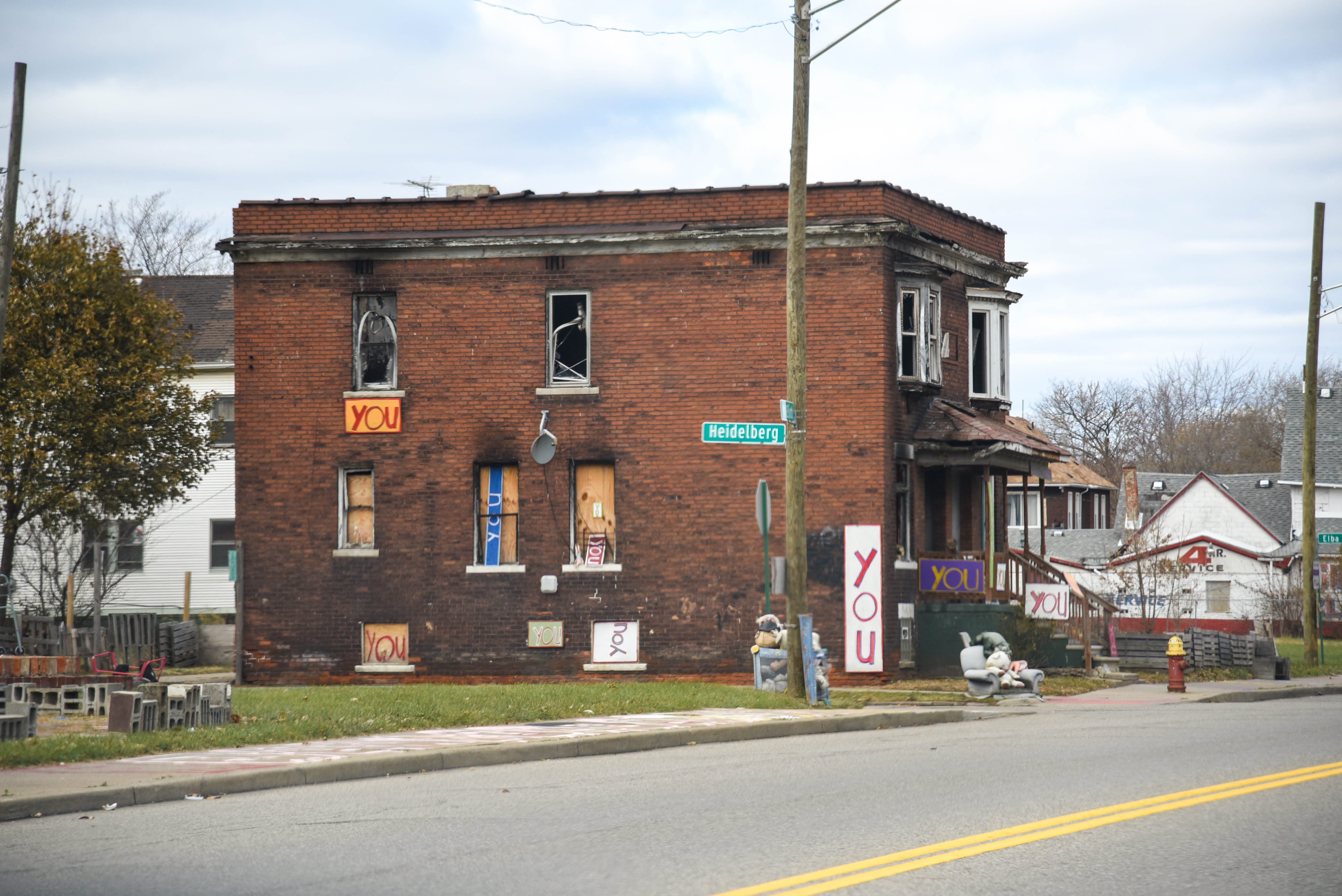 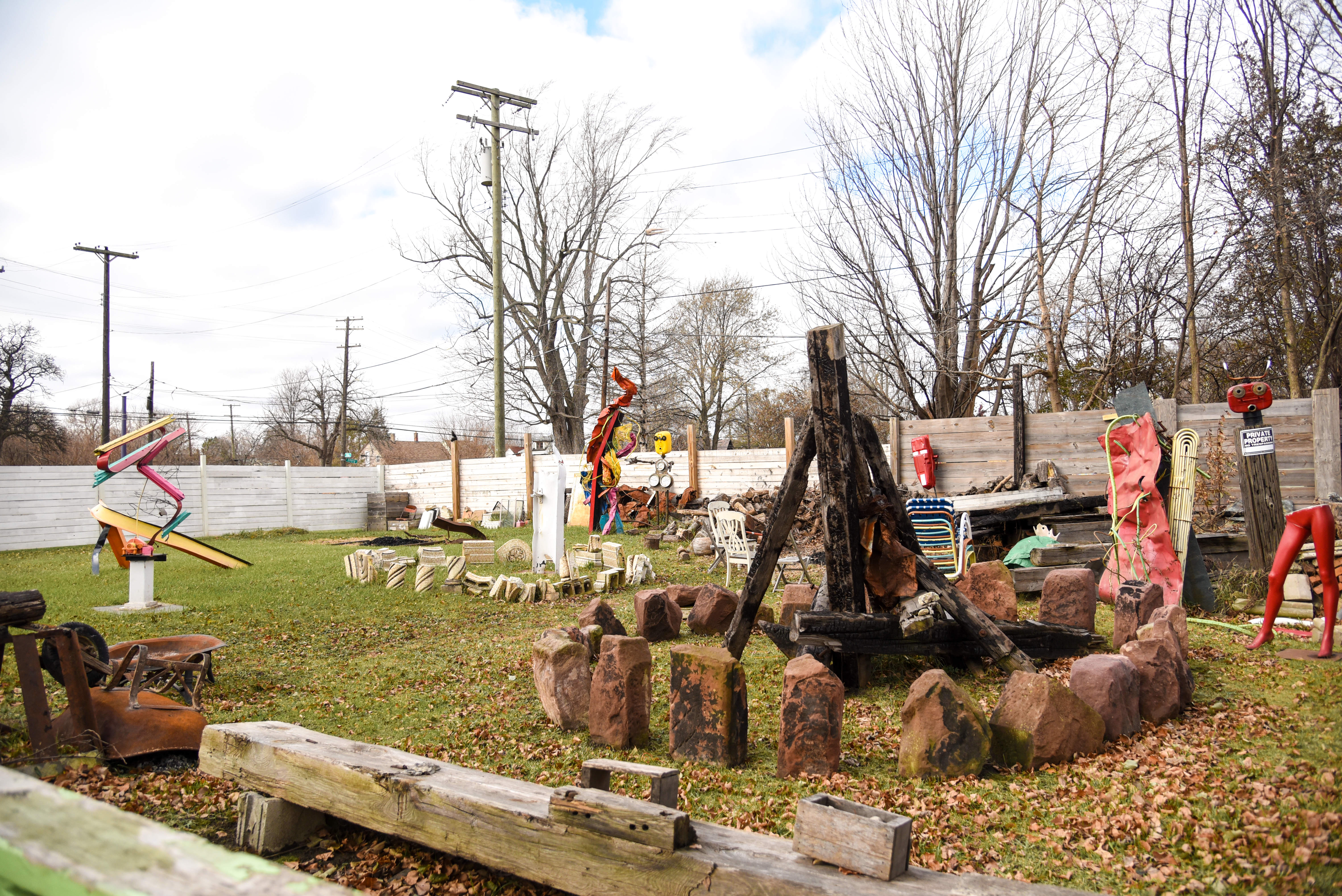 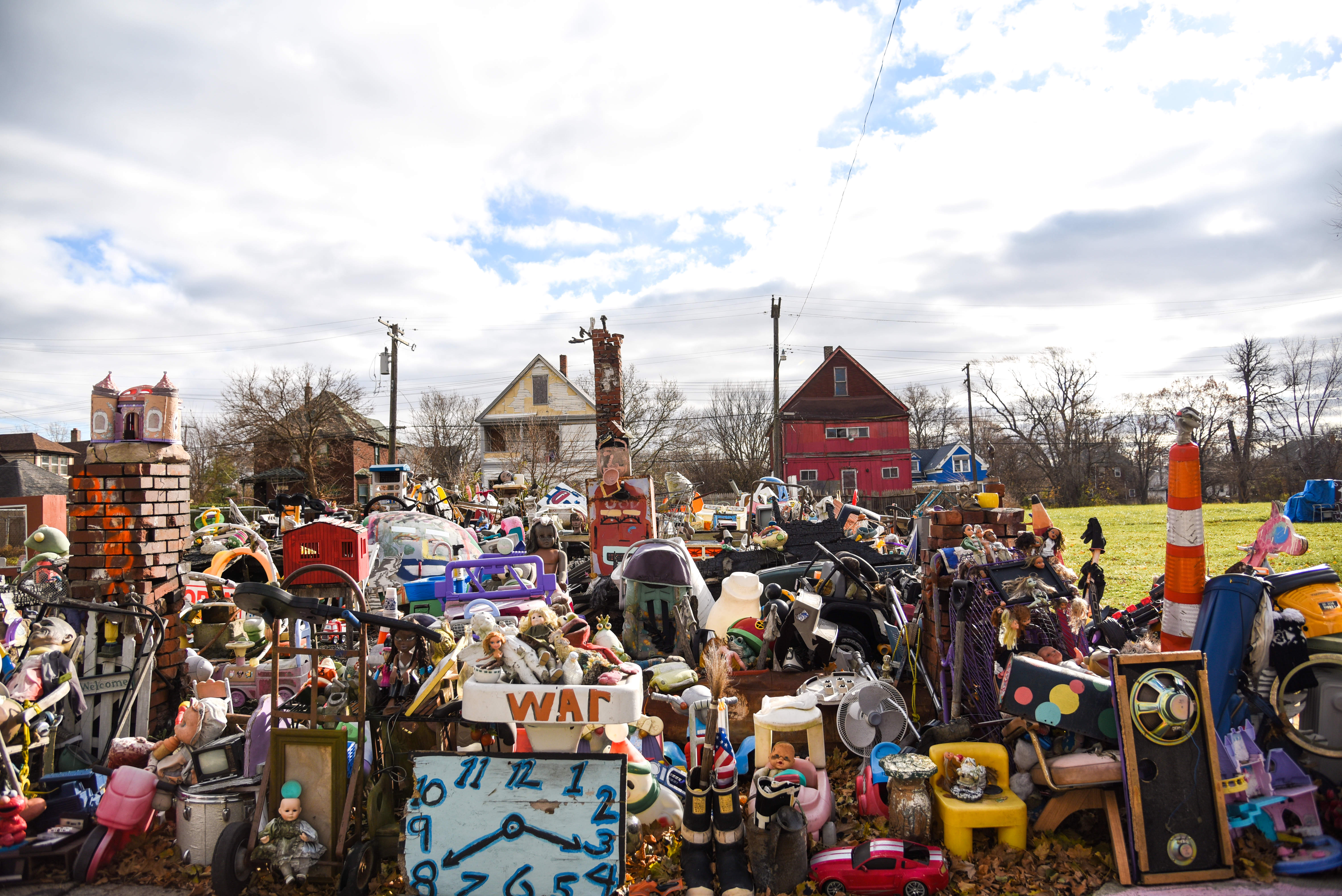 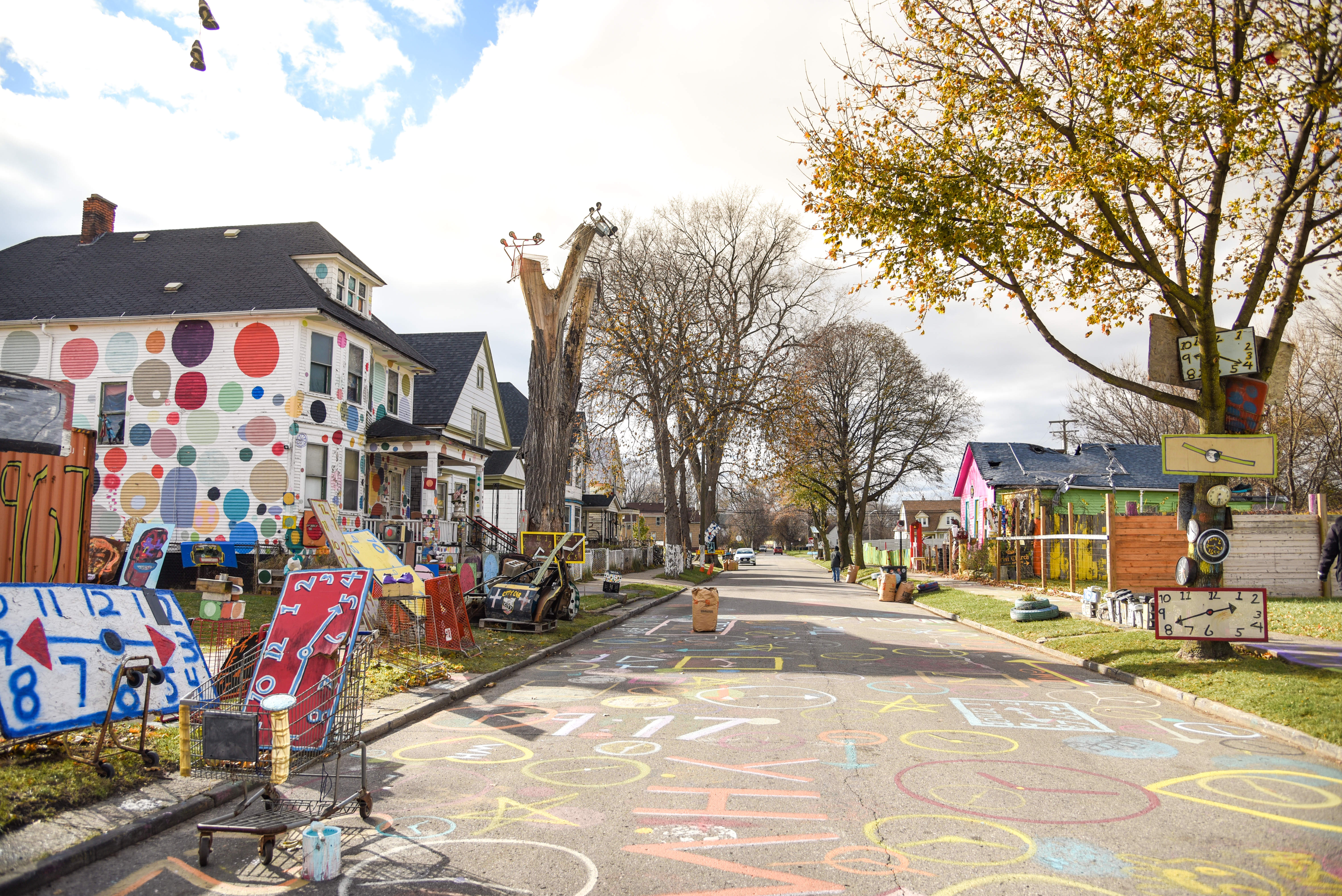 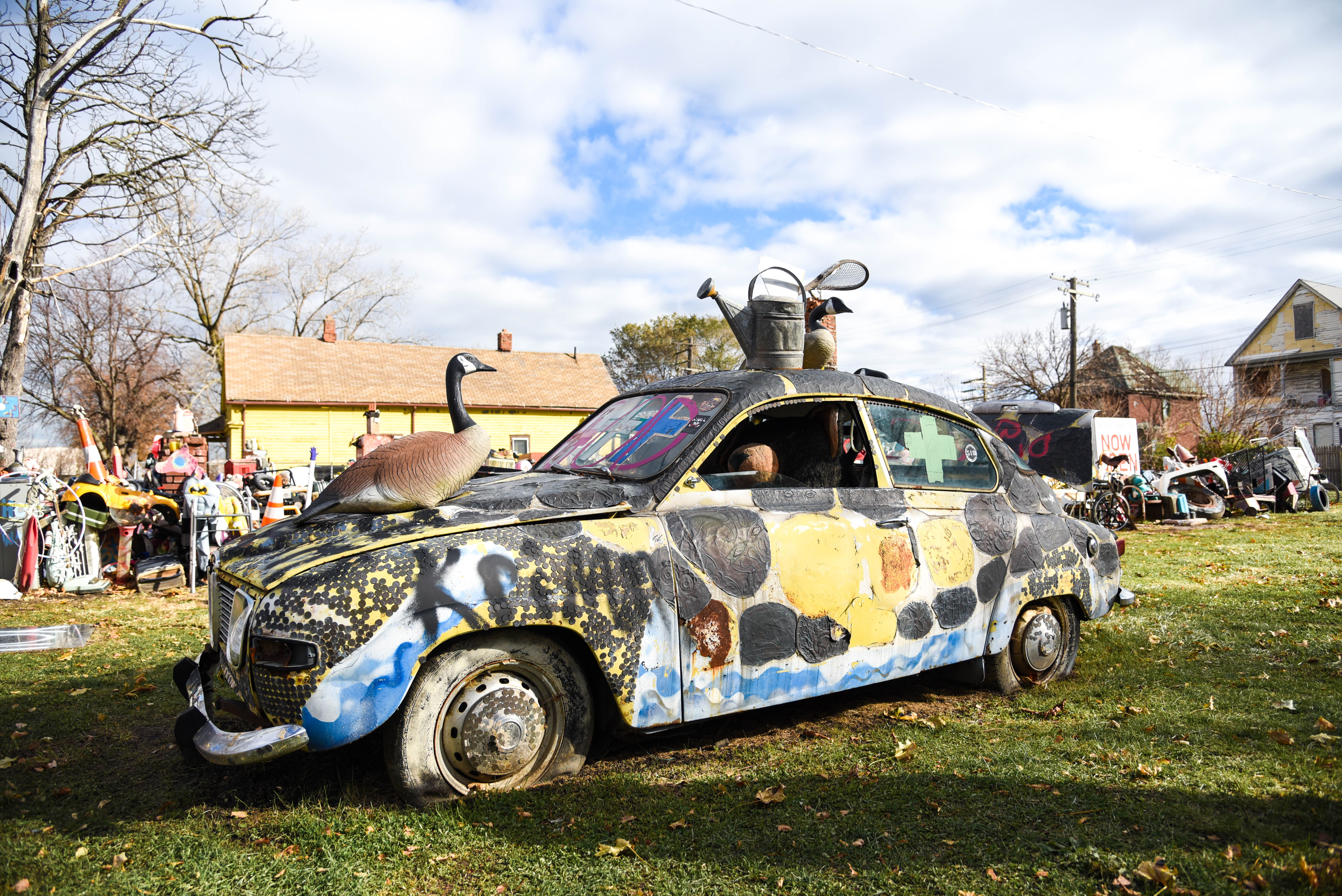 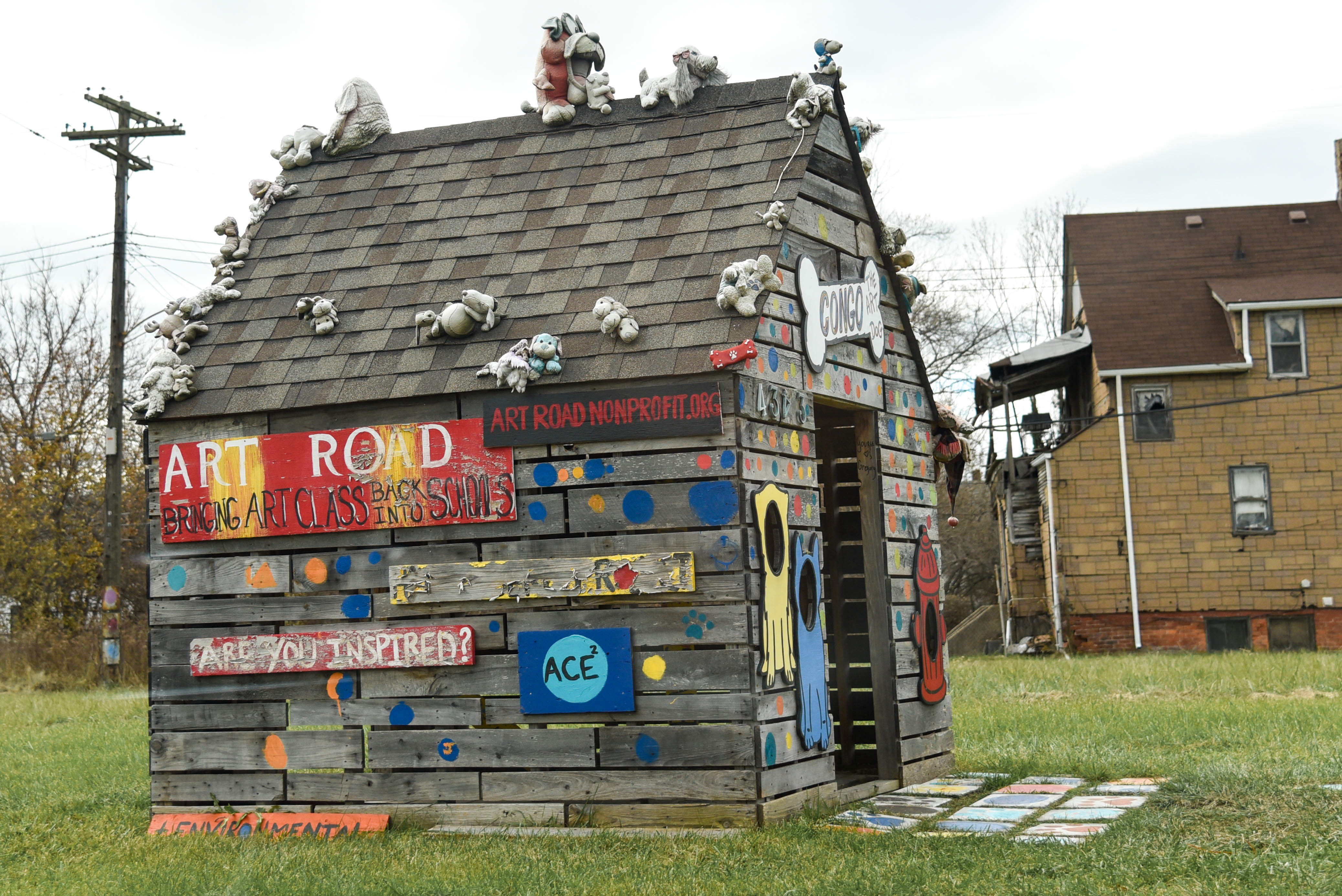 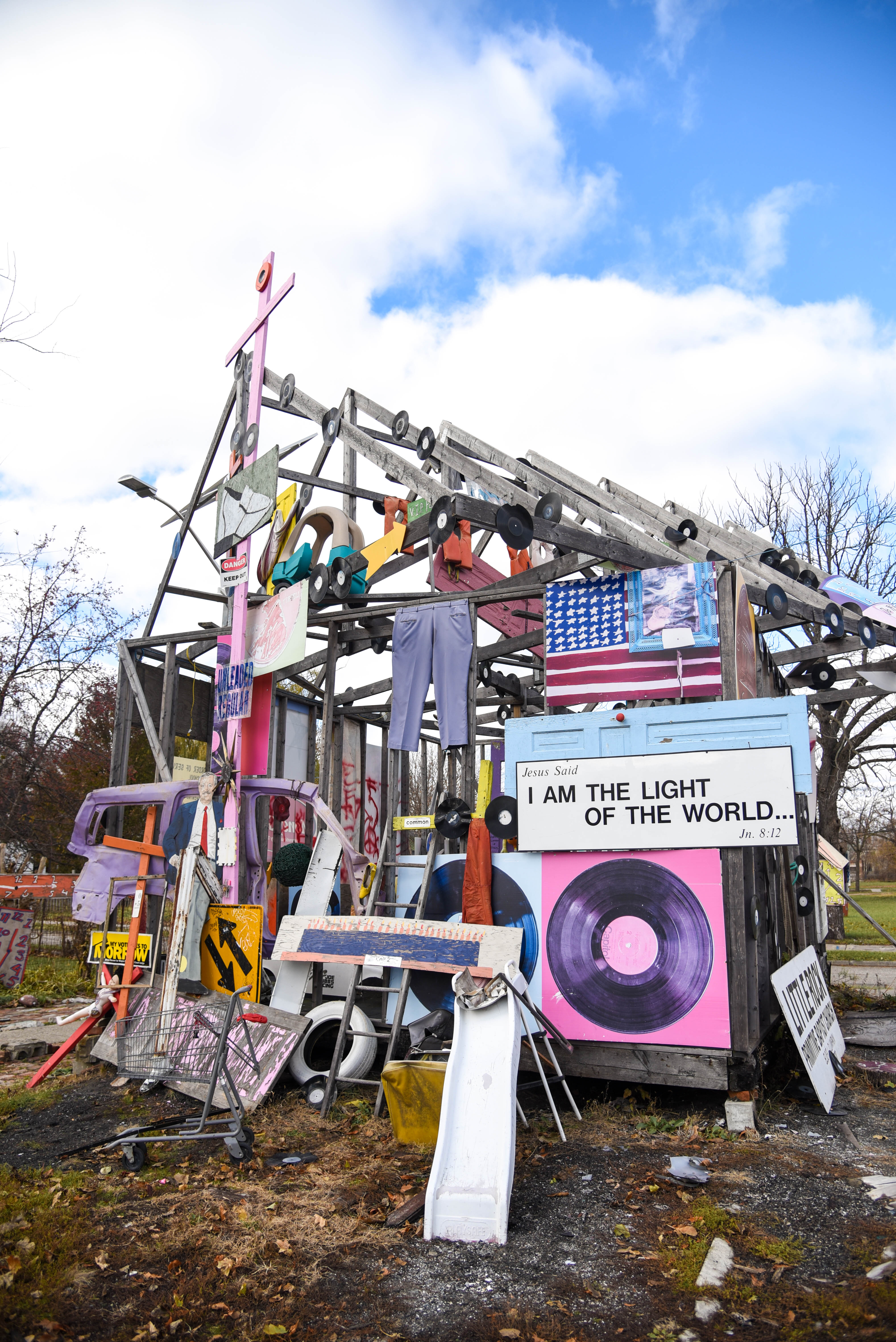 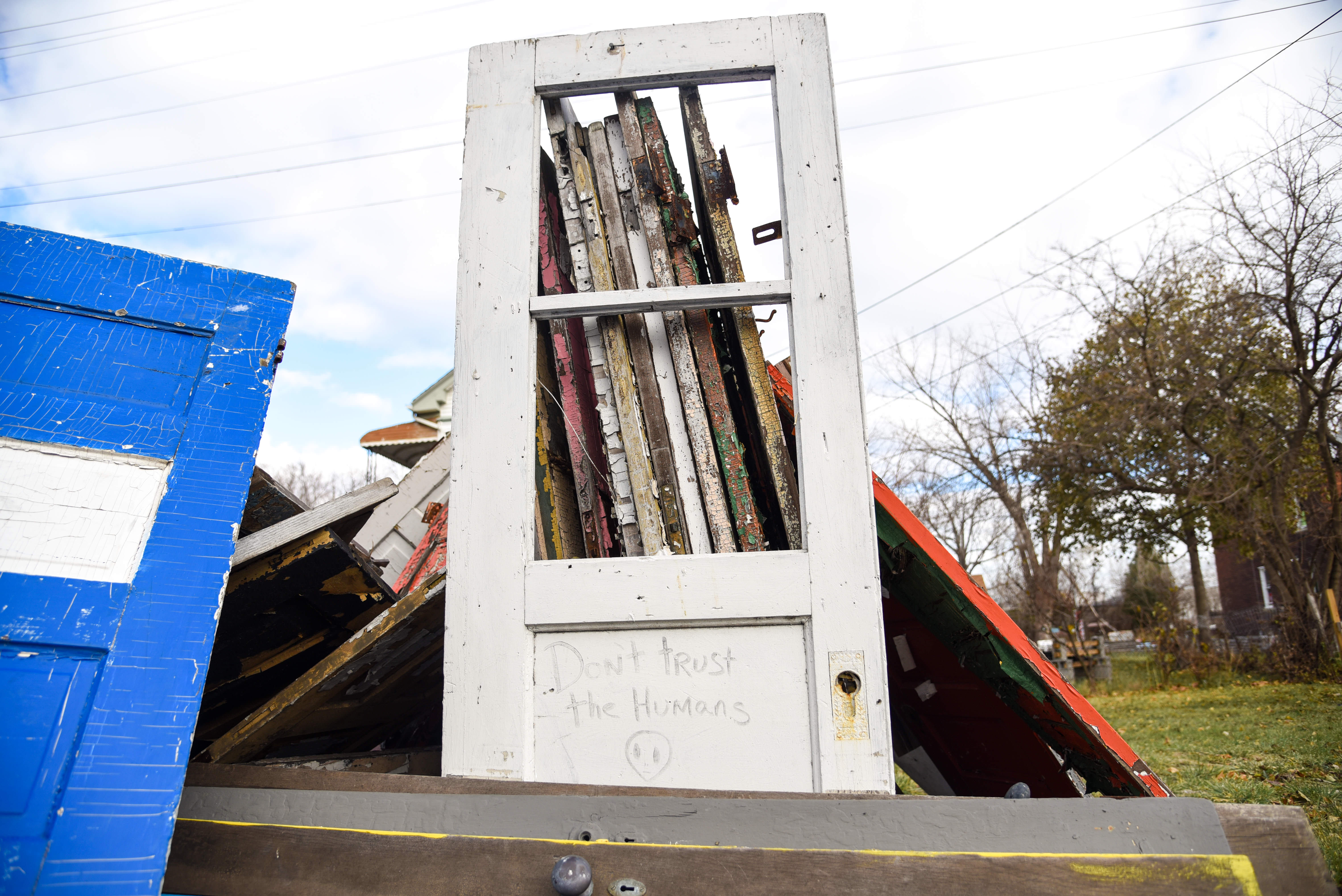 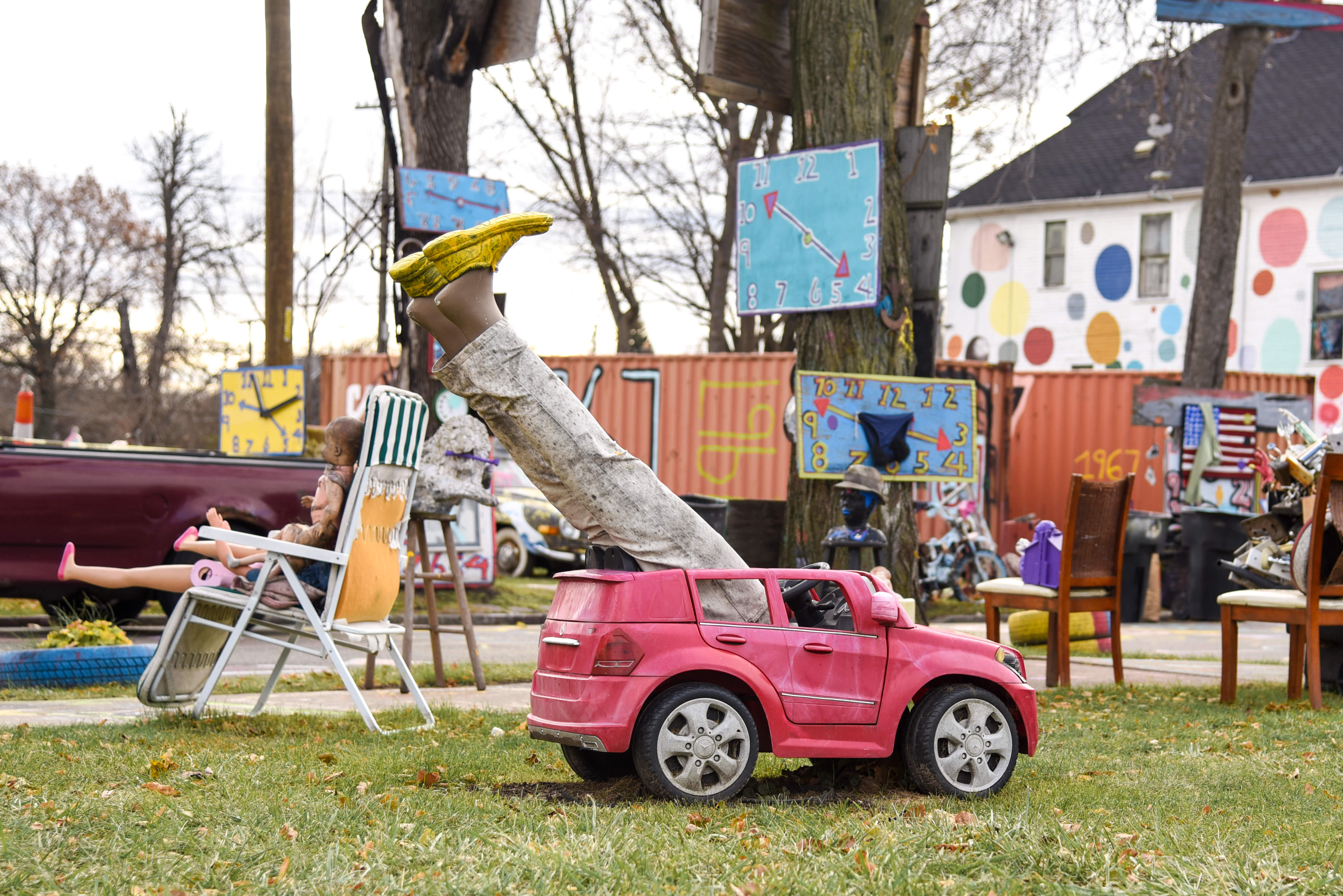 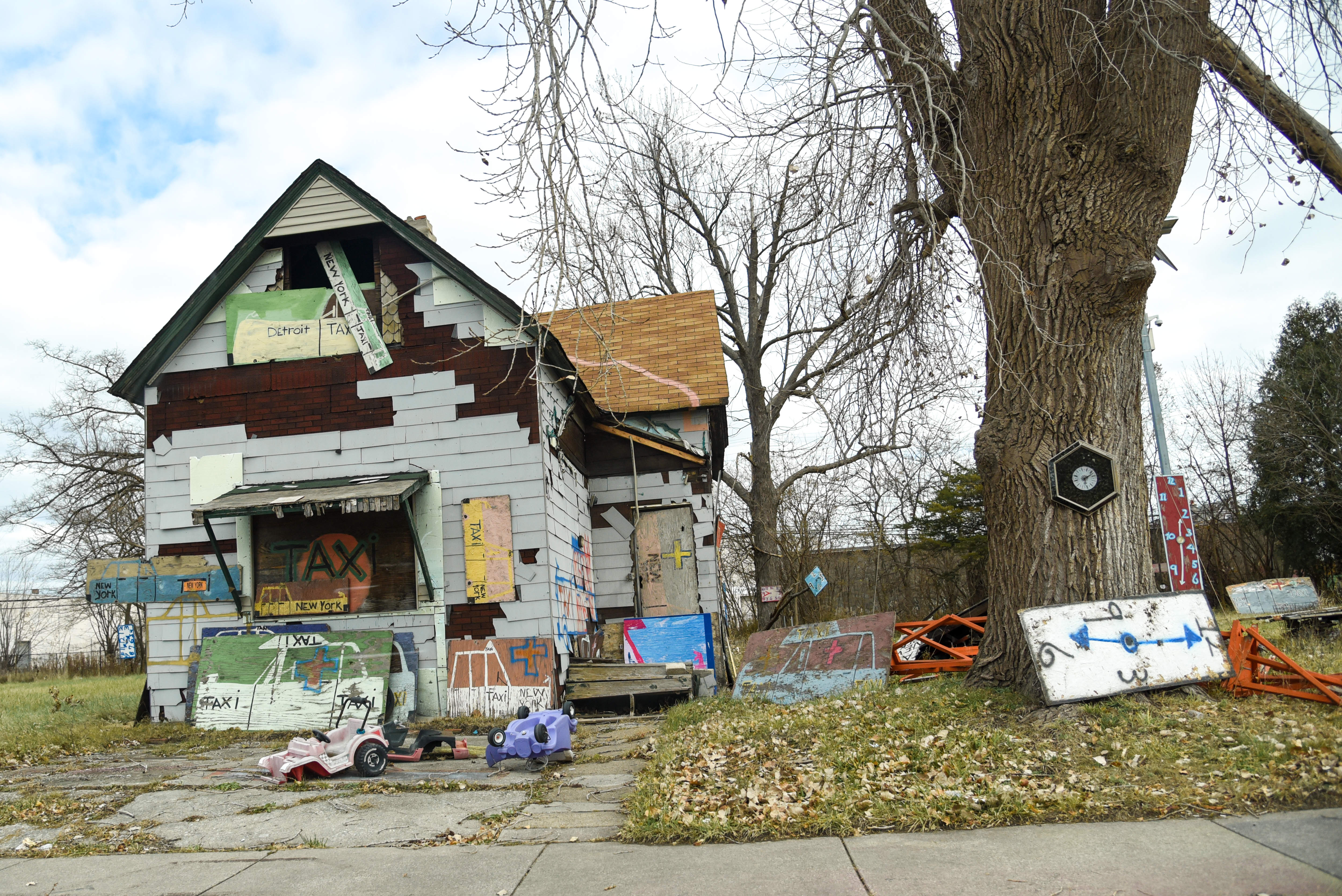 It was a cold day, but as we walked around the sun began to come out and warm the street where people were working to rake up leaves, and as the artist continued to work on his never ending art project.

2 thoughts on “A Walk Down Heidelberg Street”