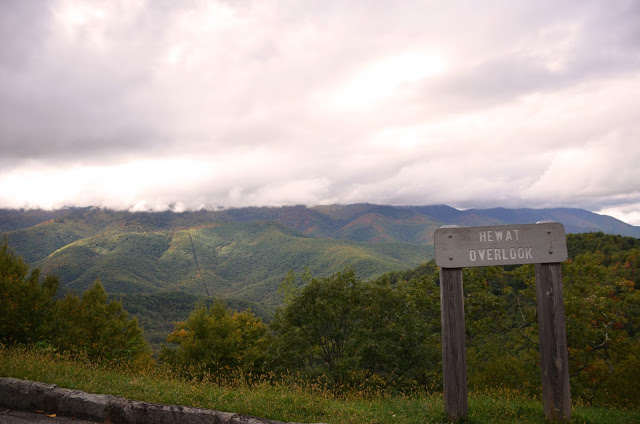 A few weeks ago we took a trip up the to blue ridge parkway as the trees were just beginning to change colors. We took a nice long hike and then started to head over to craggy gardens, our favorite spot on the blue ridge. But as we drove along, a storm began to roll in! 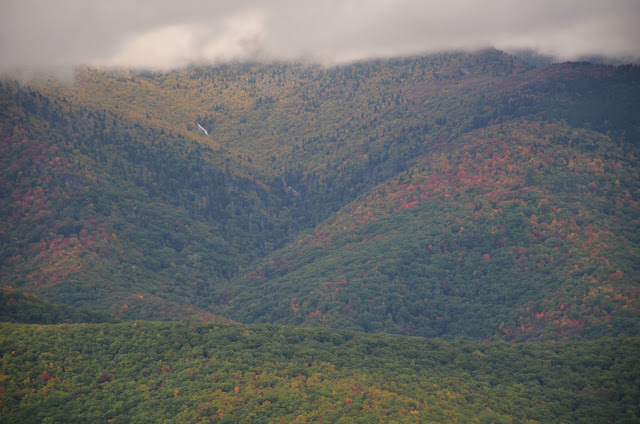 We watched as the clouds began to engulf the mountains.
(Can you spot the waterfall??!) 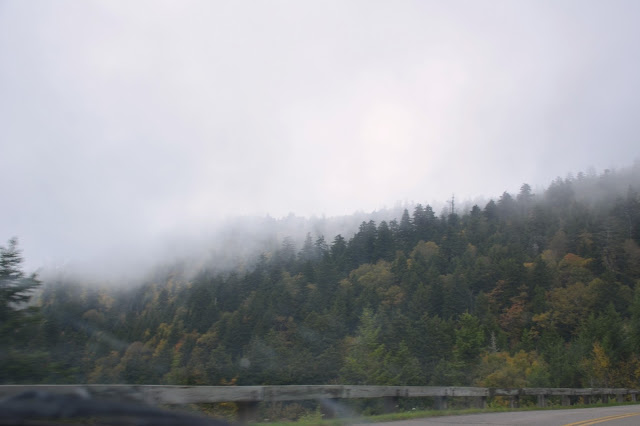 A thick blanket of clouds began to rest among the tree tops. 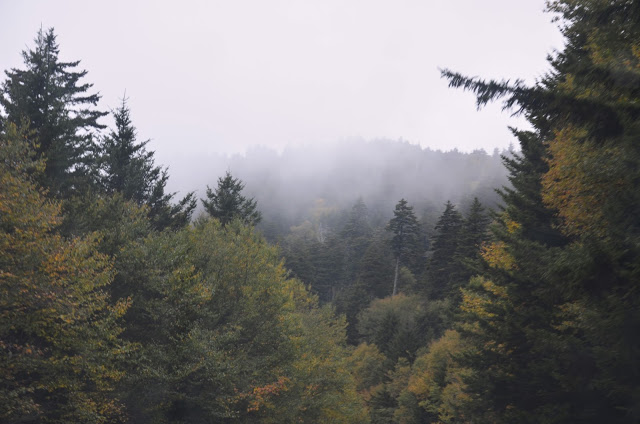 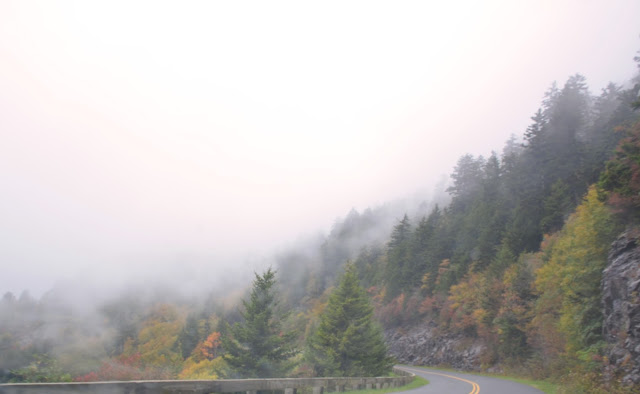 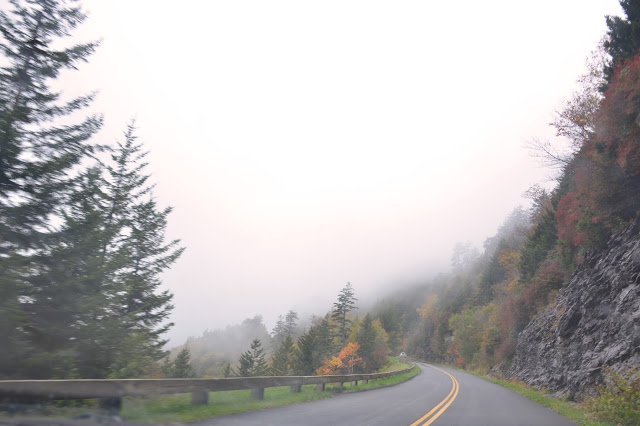 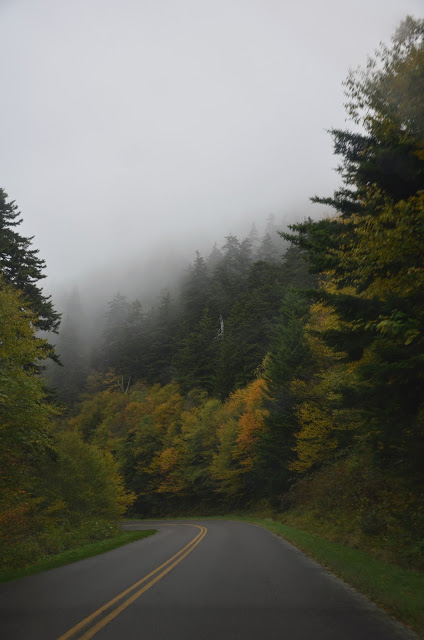 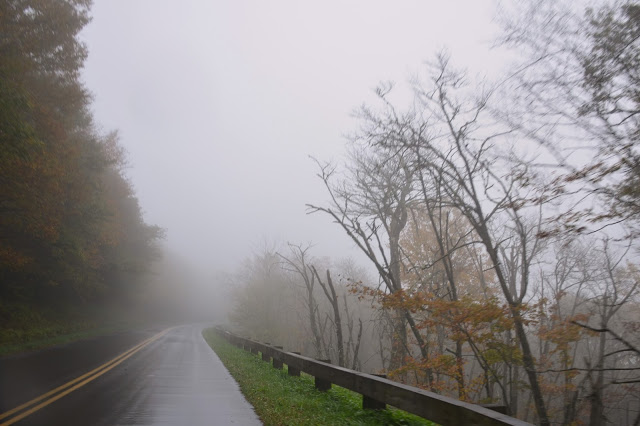 Soon enough, we were inside the cloud! 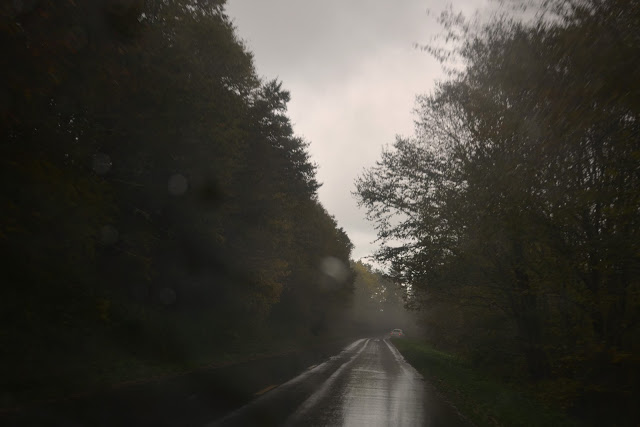 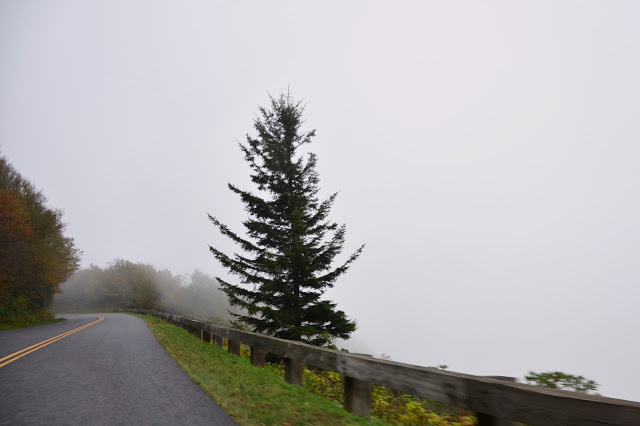 It was a little unsettling to look over the ledge and see nothing but white, when I knew that there was a 1000 foot drop hidden beneath the fog. 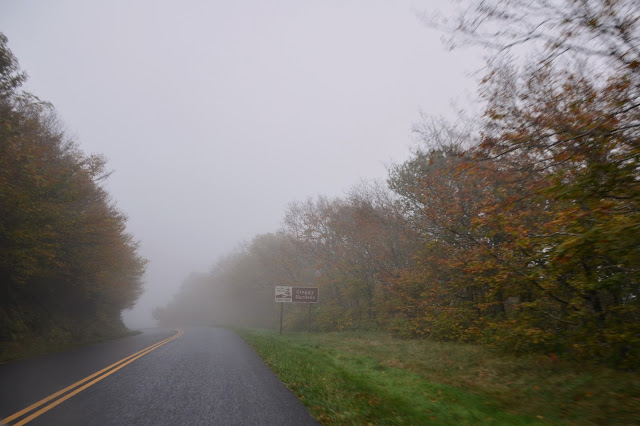 Eventually we made it to craggy gardens, which is the perfect place to watch storms pass over the mountains.

It was such a neat experience to be as high as the storm clouds themselves! I want to go back to the mountains on a stormy day again.
Categories: Blue Ridge Parkway, Exploring, Mountains, Rain

0 thoughts on “Adventures in the Clouds”