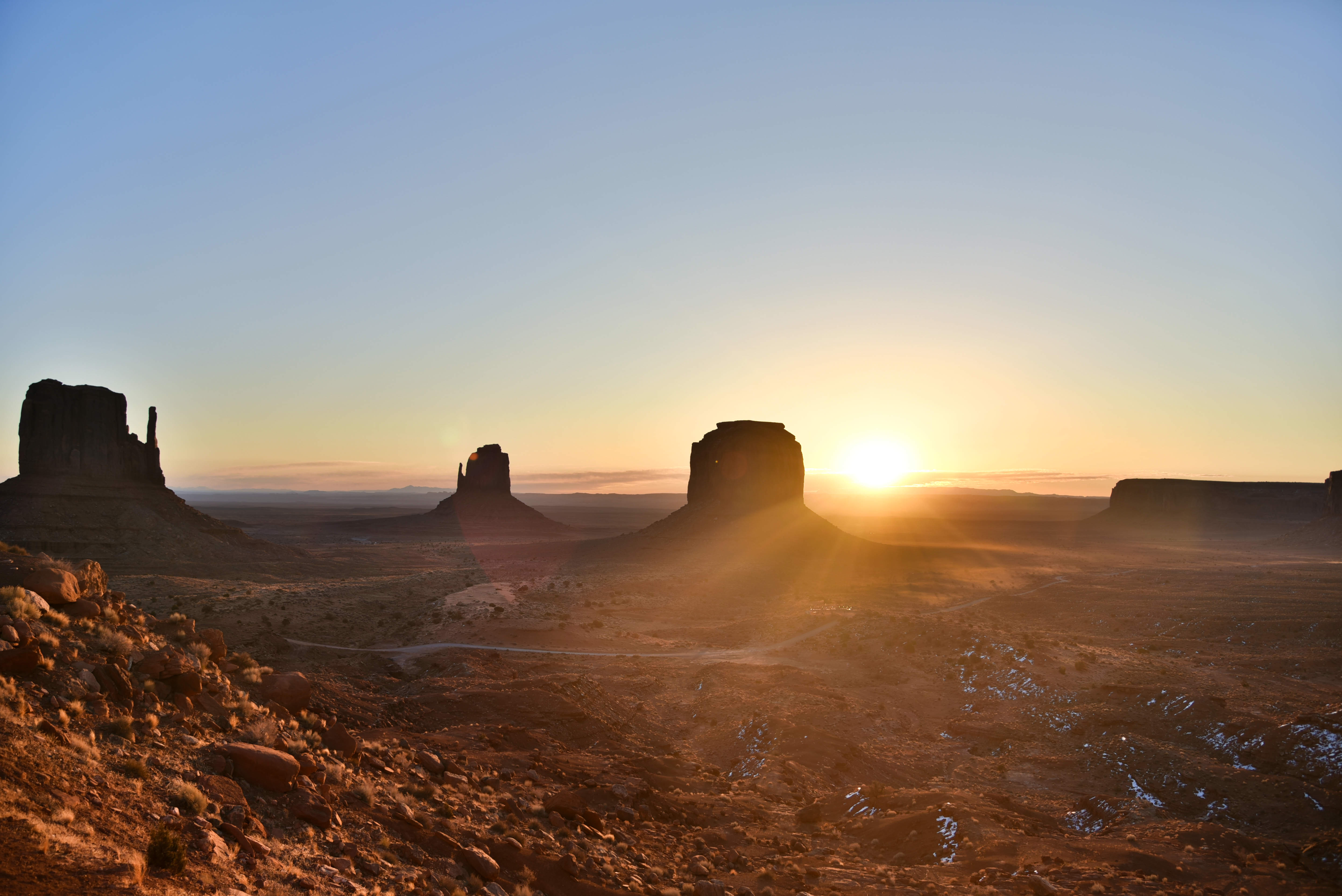 Monument Valley was one of my favorite places on the Desert Trip.
It was such a peaceful and calming place. We stayed at the only hotel around called The View hotel, which overlooks the giant rock formations. I woke up early to watch the sunrise, before we raced off to our next destination.  There was some snow on the ground, which was a surprising sight to me. 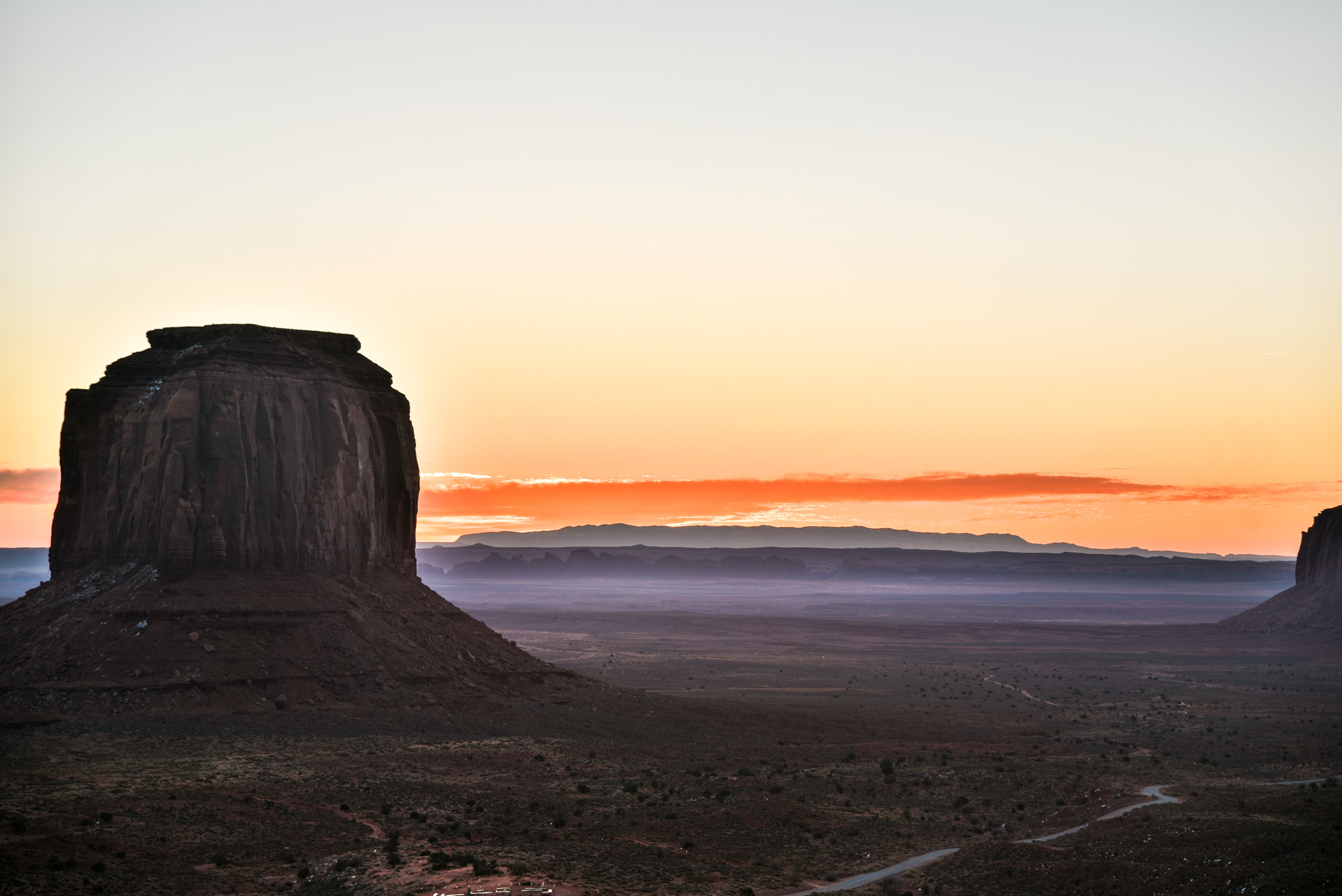 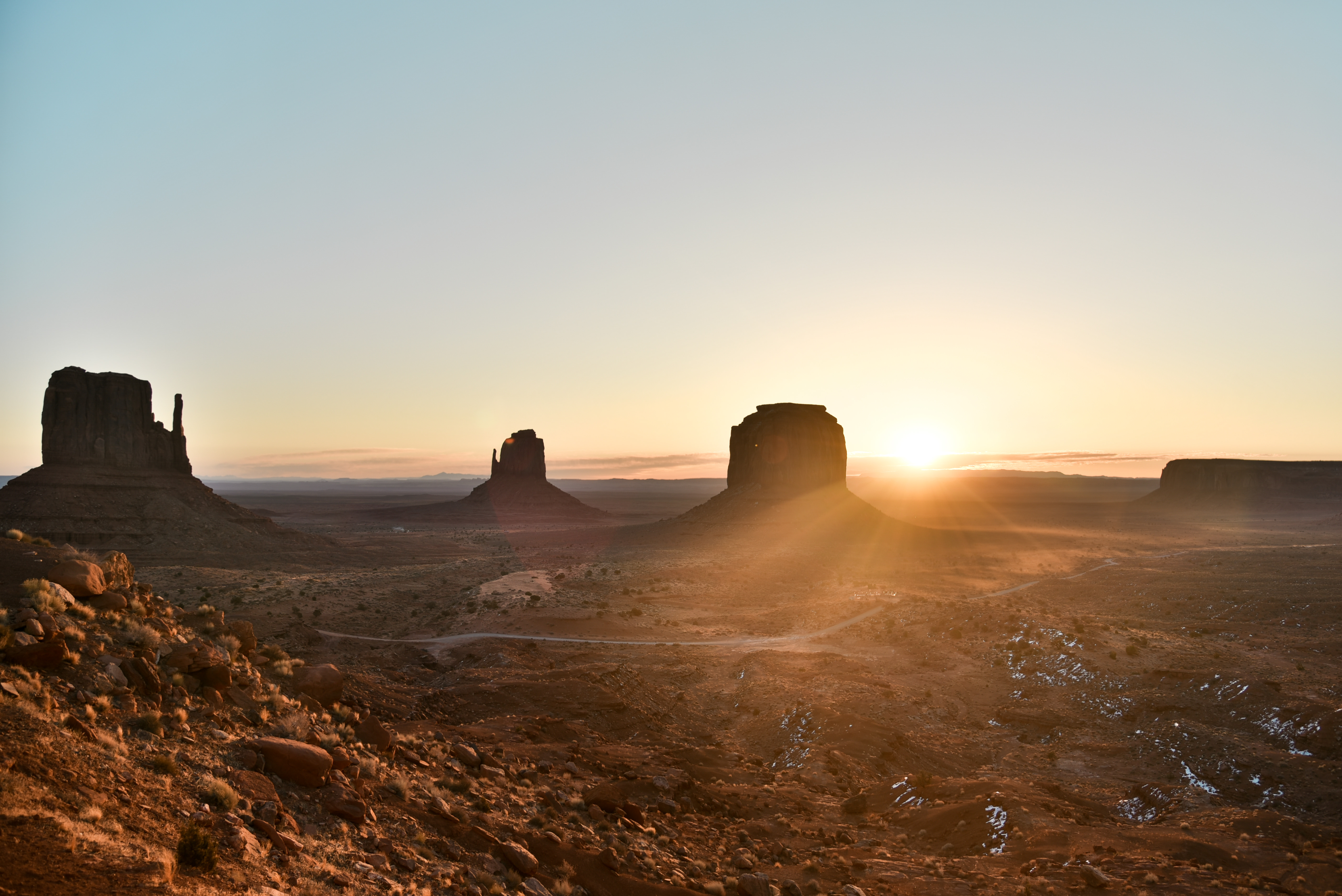 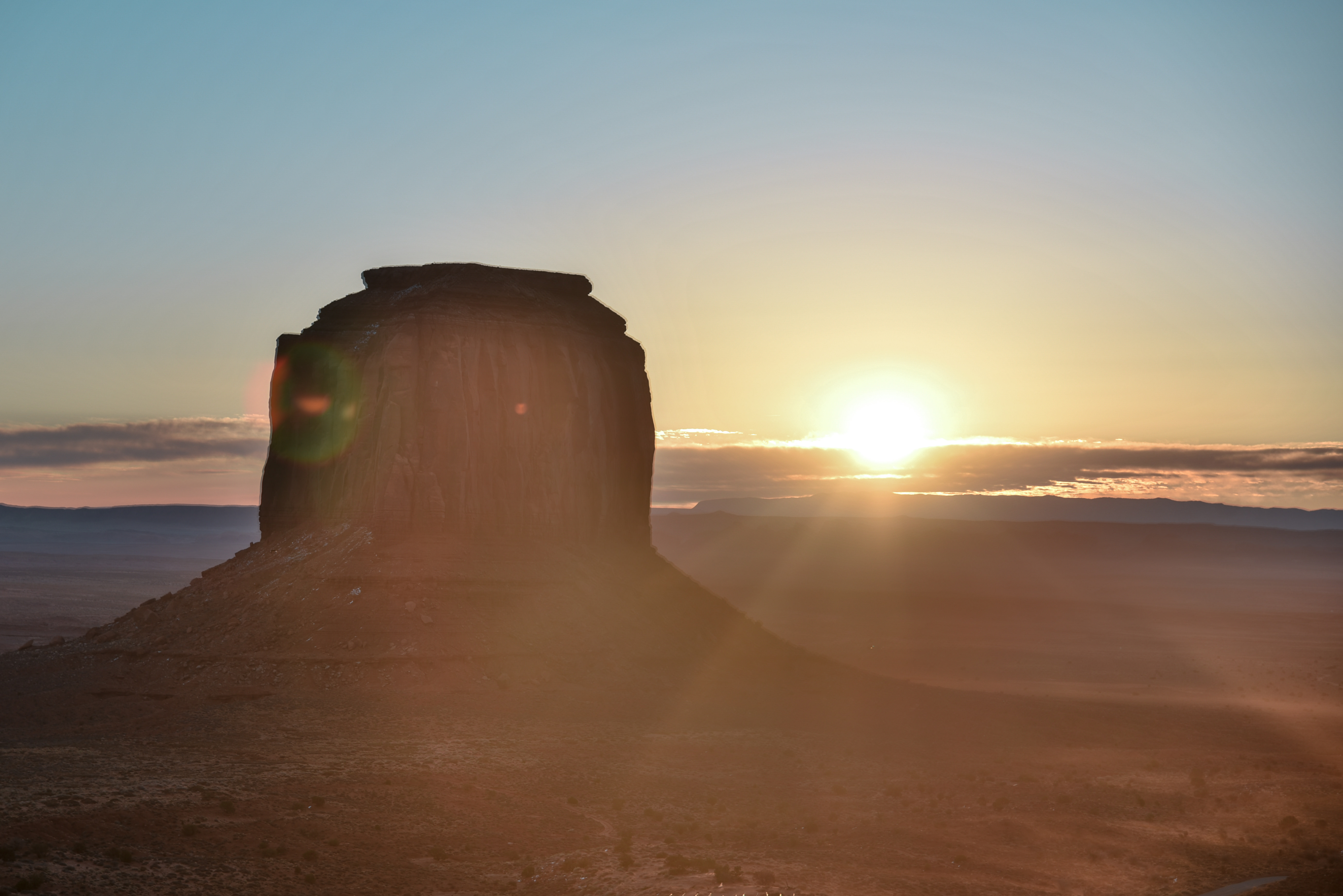 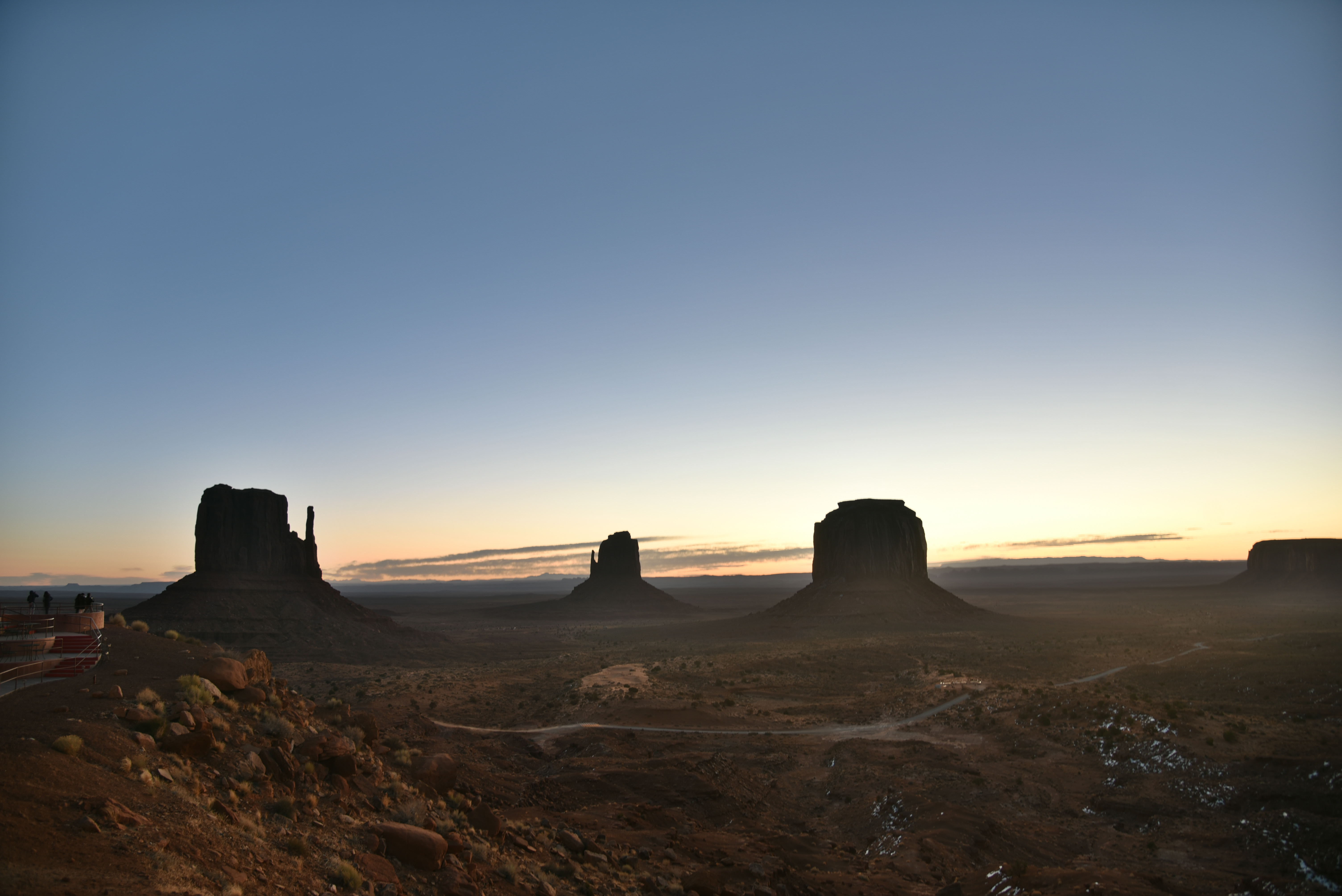 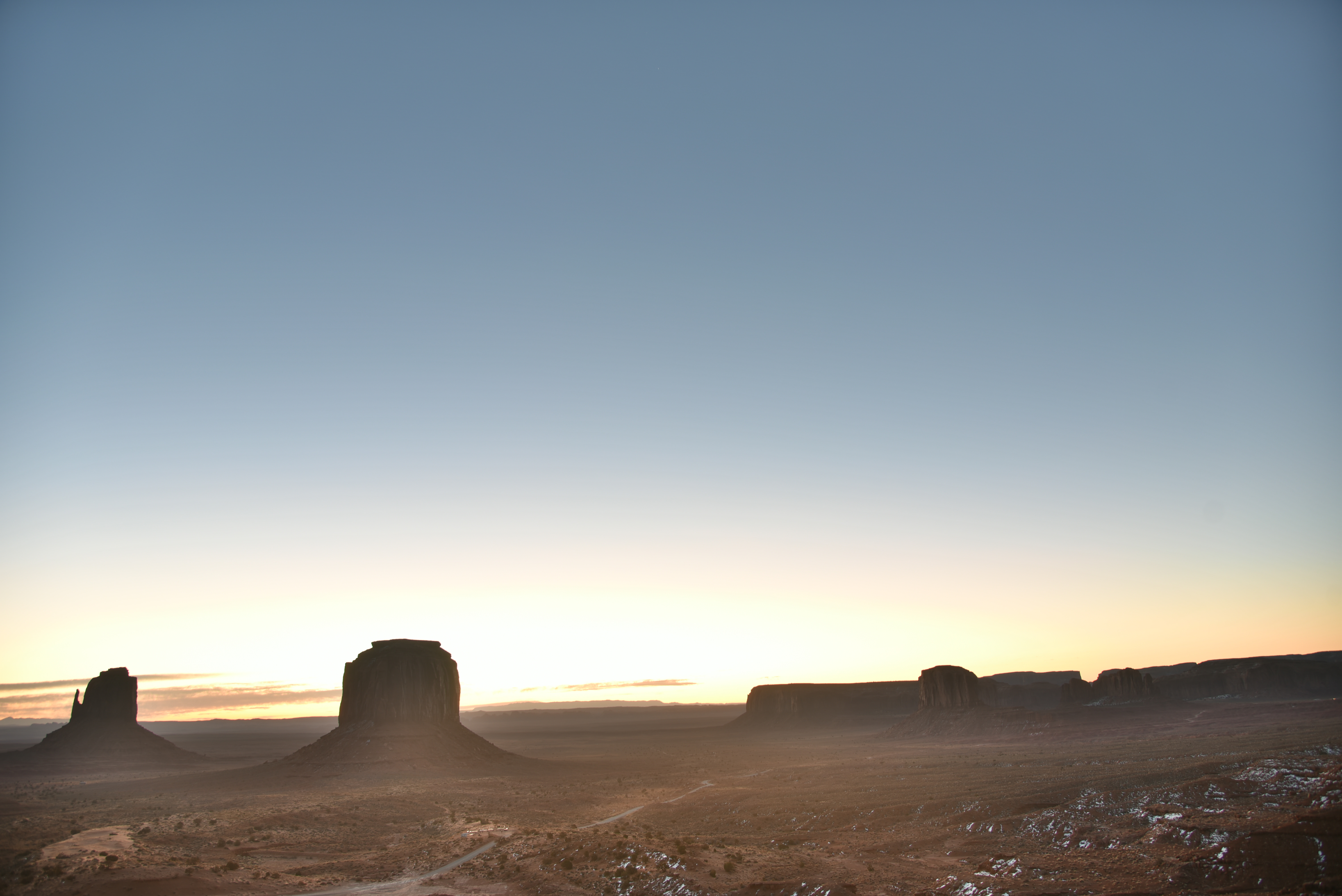 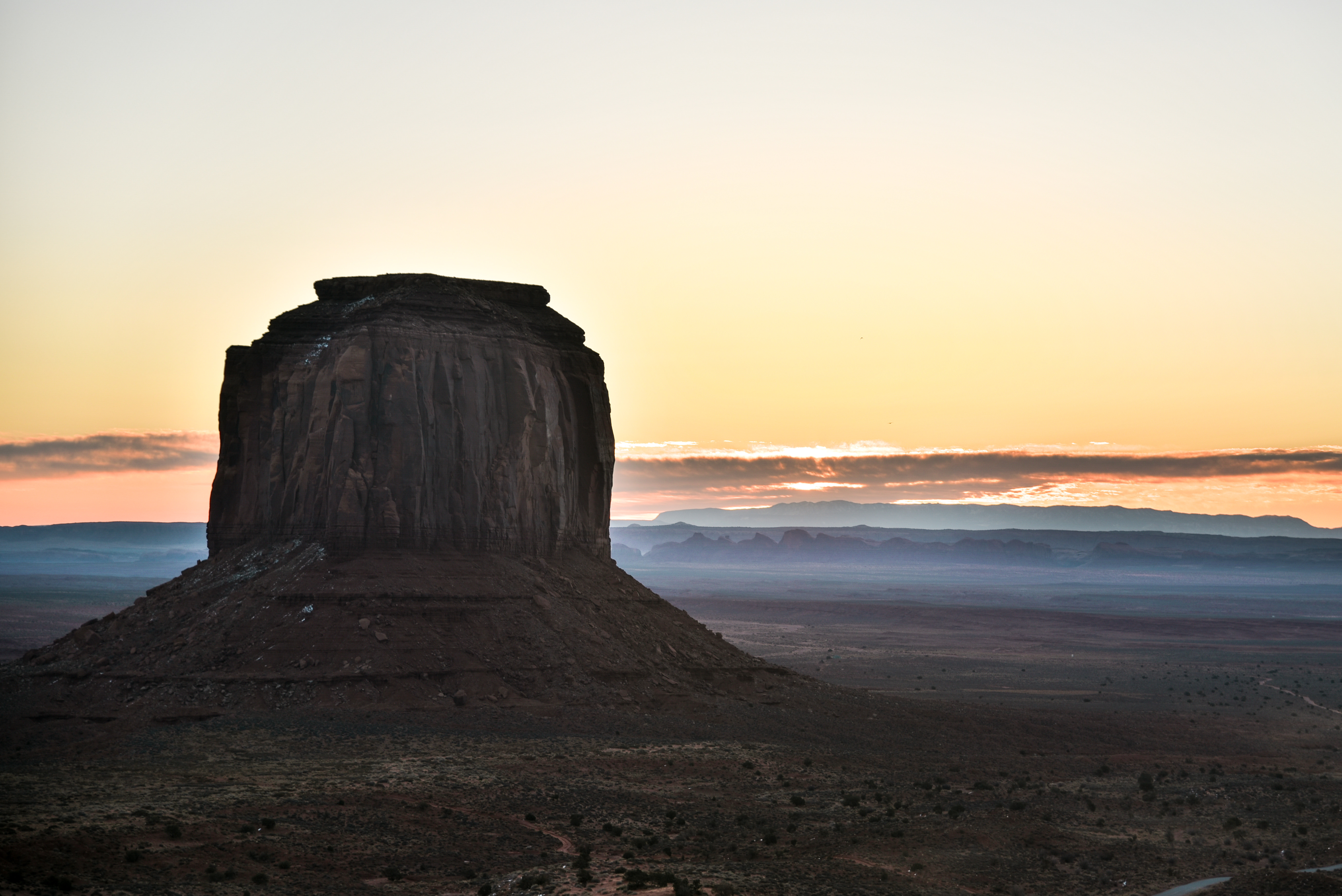 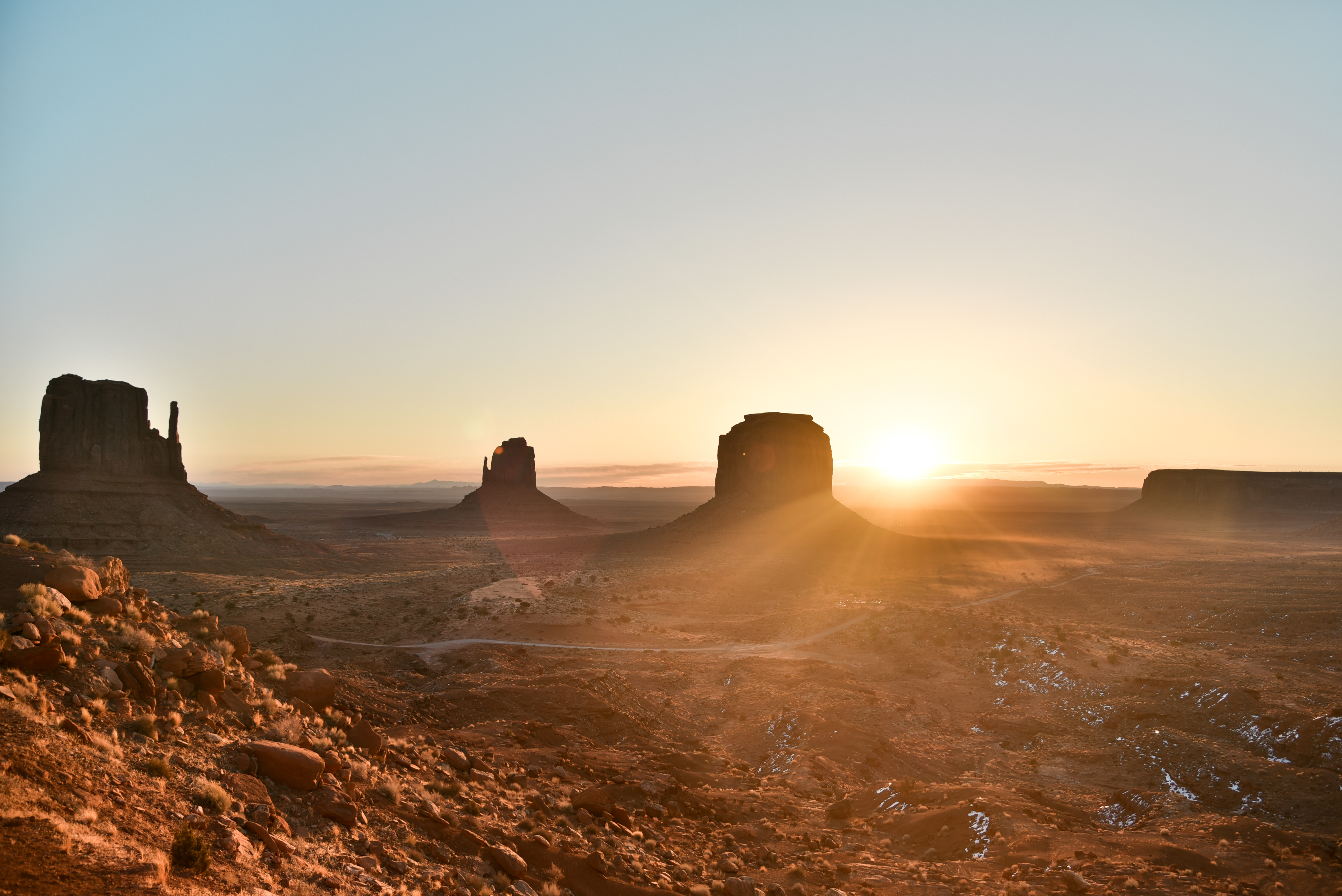 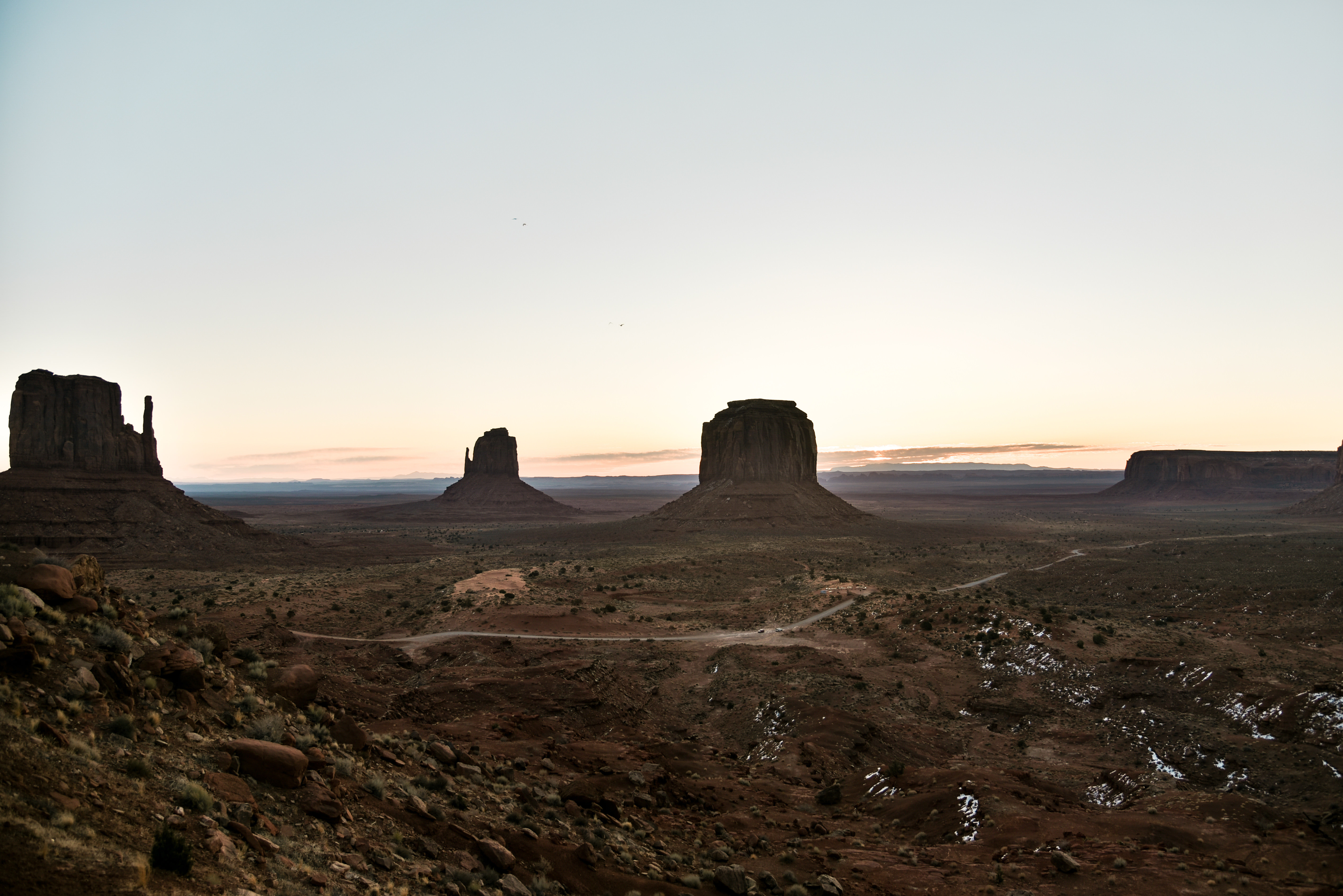 Sometime I’d love to return to this place, and spend a few days here, wandering around the monuments. 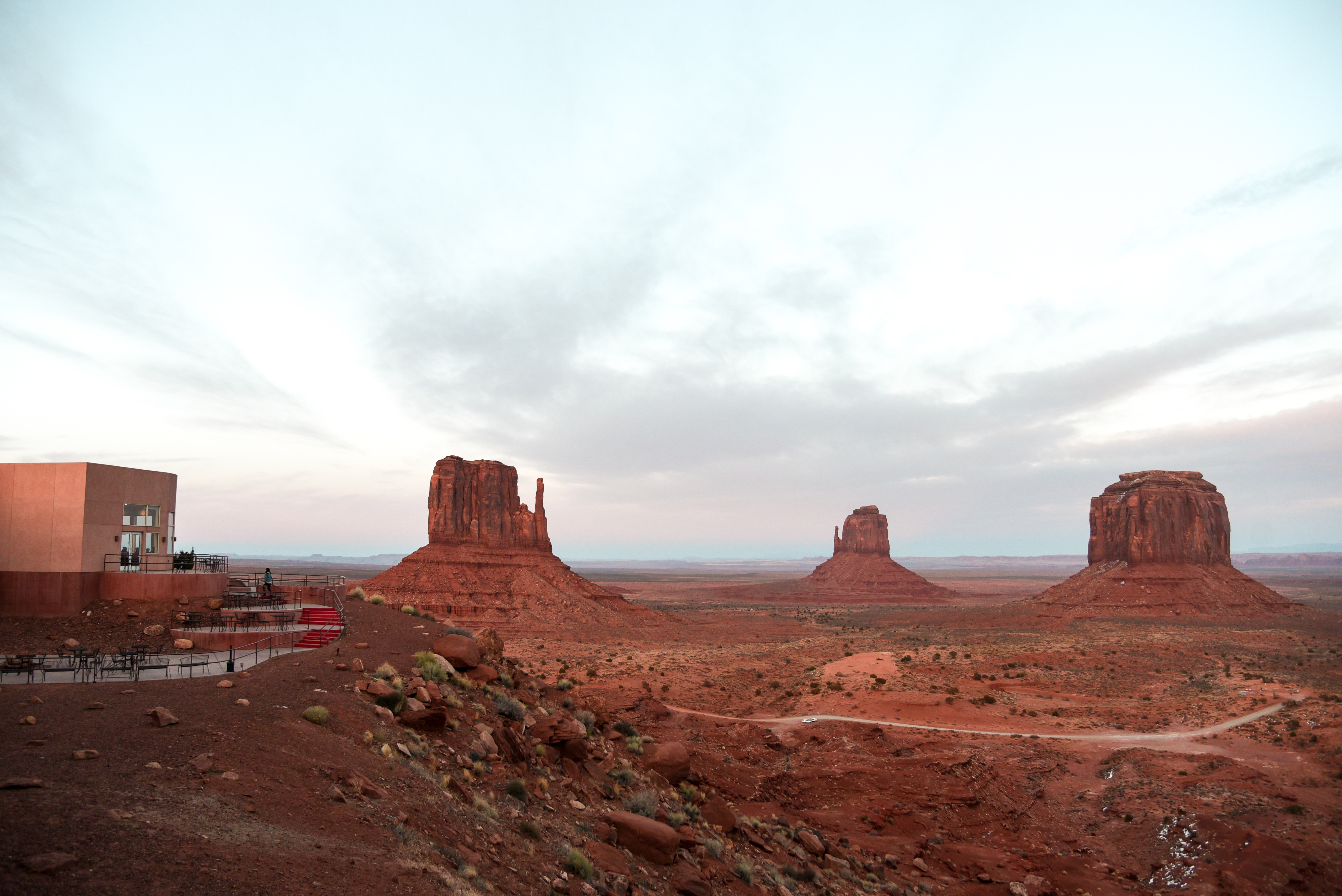 When planning a trip to the desert, Monument Valley almost didn’t make the list.
It was a bit out of the way from other sights and didn’t seem possible to fit into the tight itinerary. But we ended up extending our trip one extra day, which meant an evening could be spent at Monument Valley.
I barely knew anything about Monument Valley, but when it got added to our trip I was so excited.  It seemed like a place I had to see! 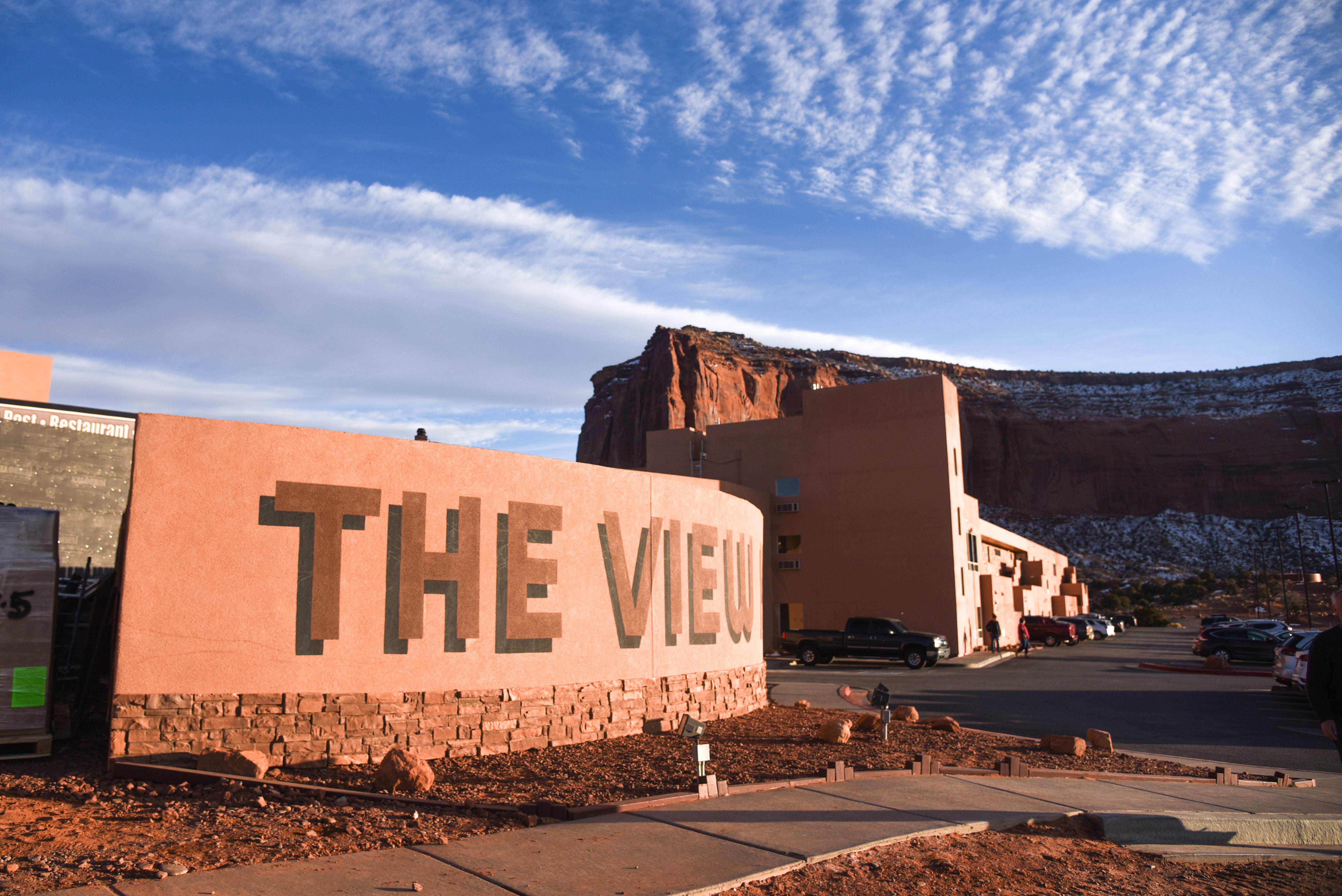 The day that ended at Monument Valley was a long one.  It started off before seven AM at the frozen Grand Canyon, and after a quick frigid morning walk and a hot breakfast, we packed up the car and were off down the road that curved along the Grand Canyon rim.  I didn’t think the drive away from the Grand Canyon would take as long as it did, but stopping at nearly every overlook to admire the canyon views could not be avoided. We continued through the crazy desert landscape of northern Arizona, an area that ended up being my favorite part of the trip. I wished we could have spent more time in some places, but Monument Valley was waiting.
After many hours of driving, it was nearly five PM and we were both very tired  and nearly crazy from being in the car so long, when we finally arrived at The View Hotel. 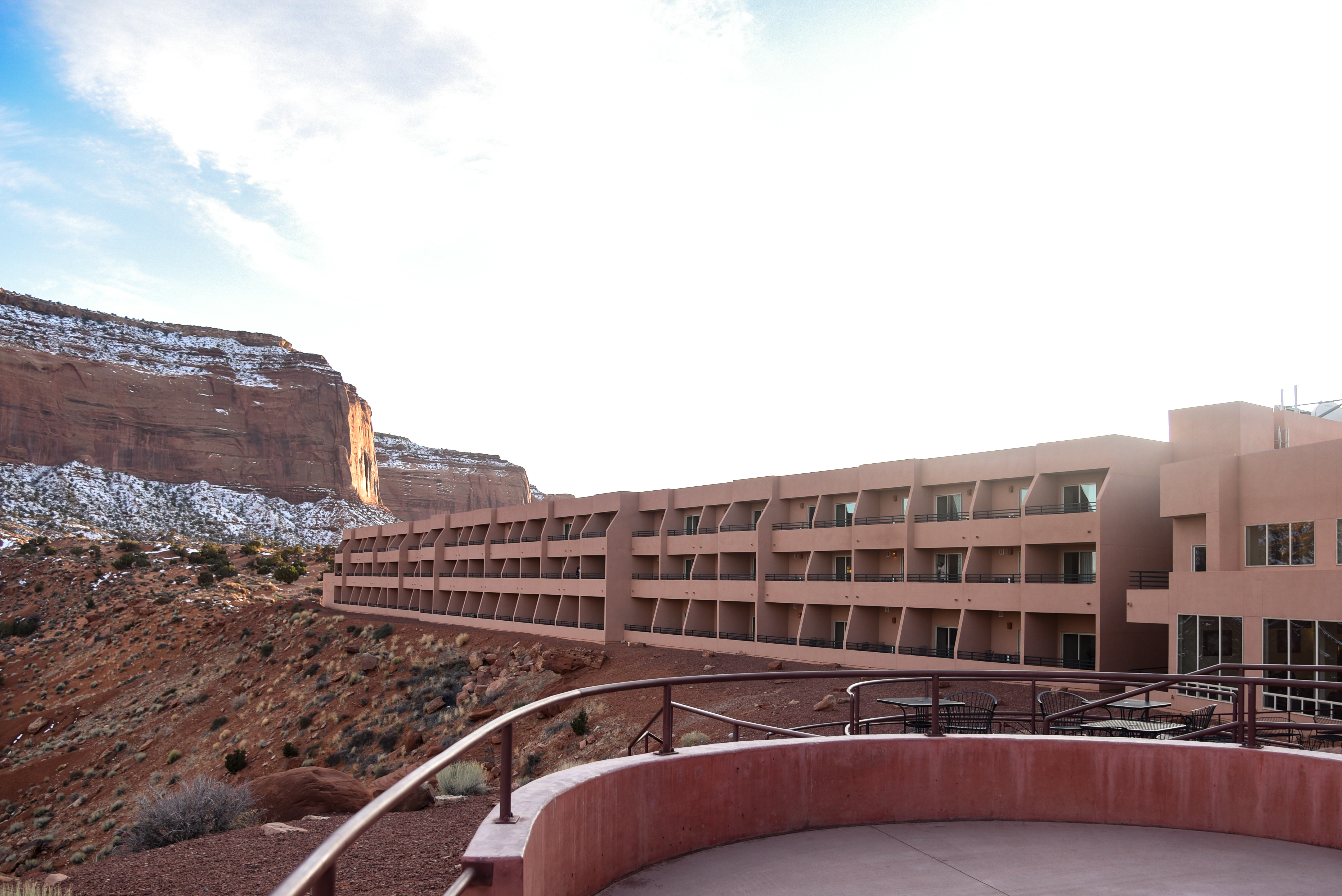 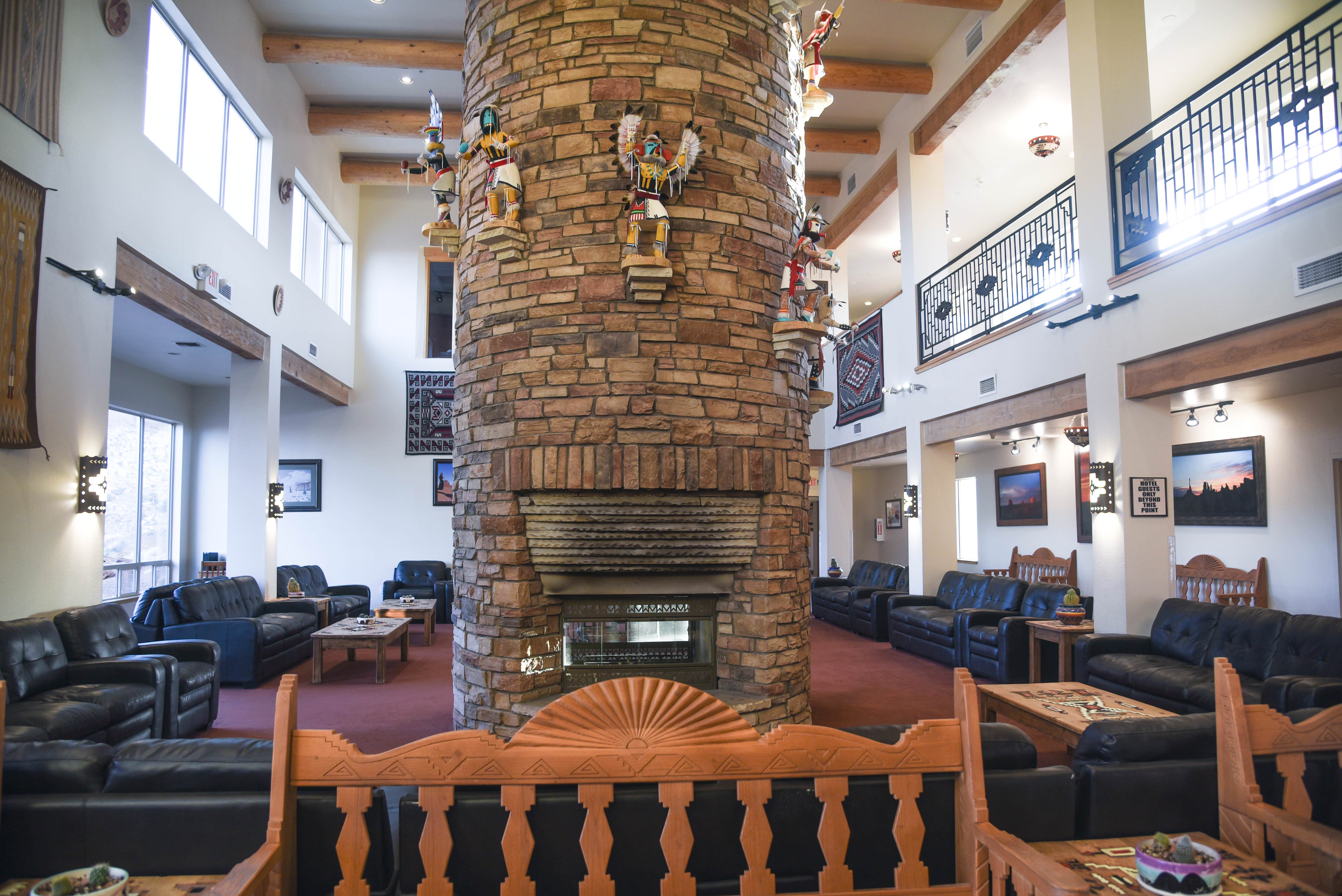 Soft Navajo music was playing throughout the hotel lobby, big windows overlooked the towering monuments that were glowing orange in the setting sun. Everything felt so calm and peaceful. I wasn’t sure I had ever been in a place as peaceful as this before. 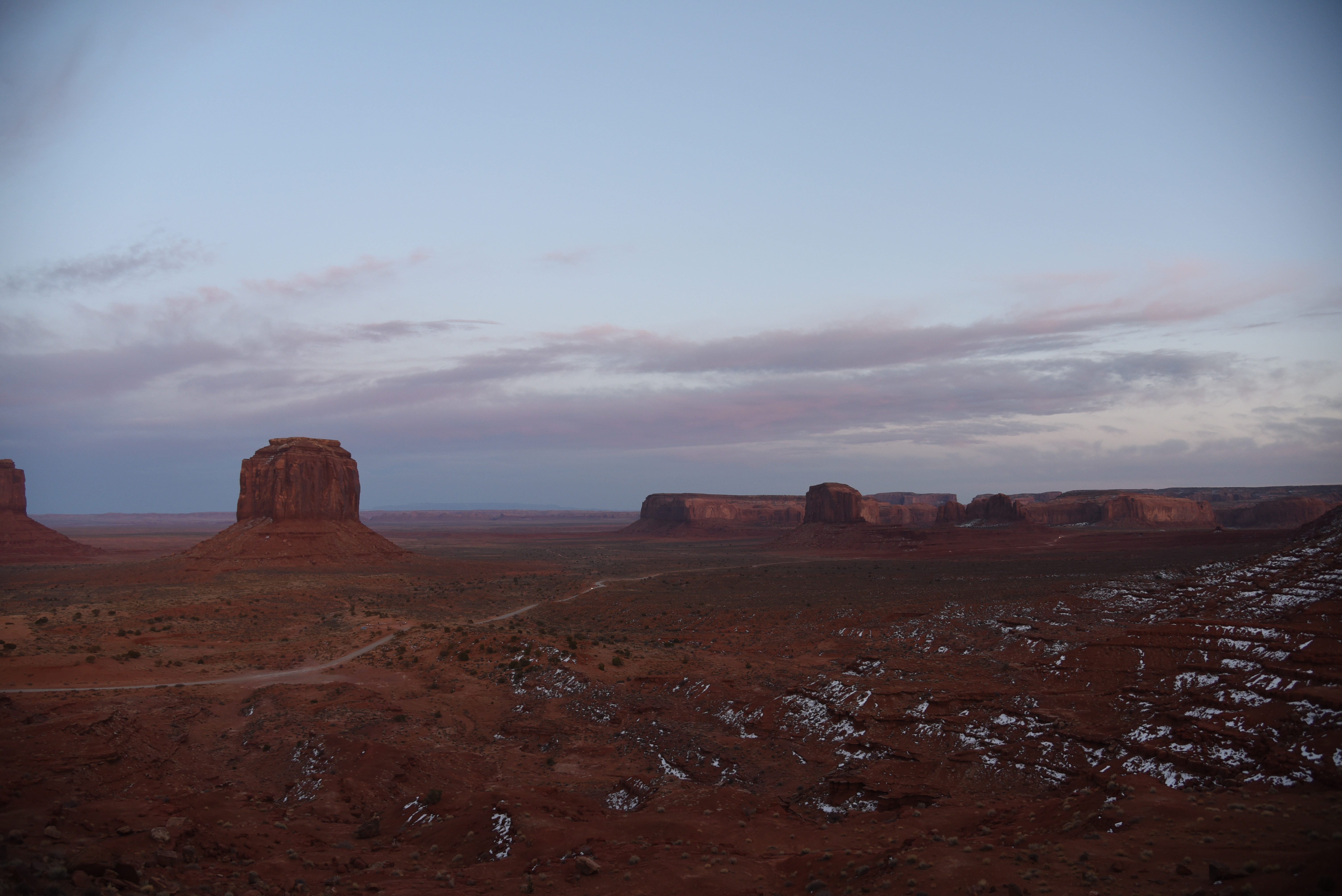 Every room at The View hotel has a balcony which overlooks the vast rock formations that make up Monument Valley. Except for the lone car traveling occasionally down the dirt road, there wasn’t another soul in sight for as far as the eye could see. 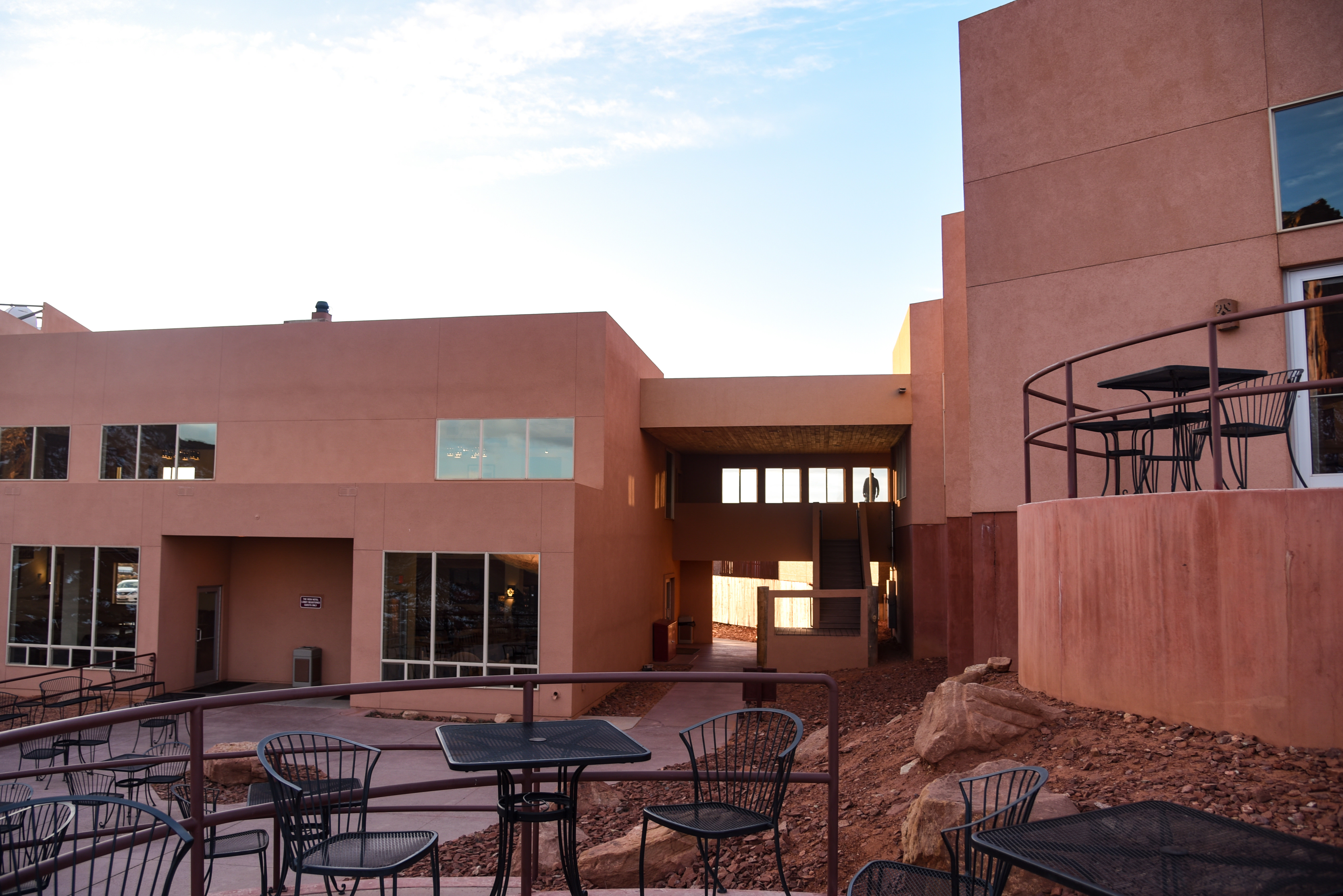 After a little walk around the outside of the hotel, it was time to head to the restaurant inside the hotel for some traditional Navajo food. This was where we first discovered Navajo fry bread.
Navajo Frybread is delicious, and so was the taco filling that was contained inside mine. 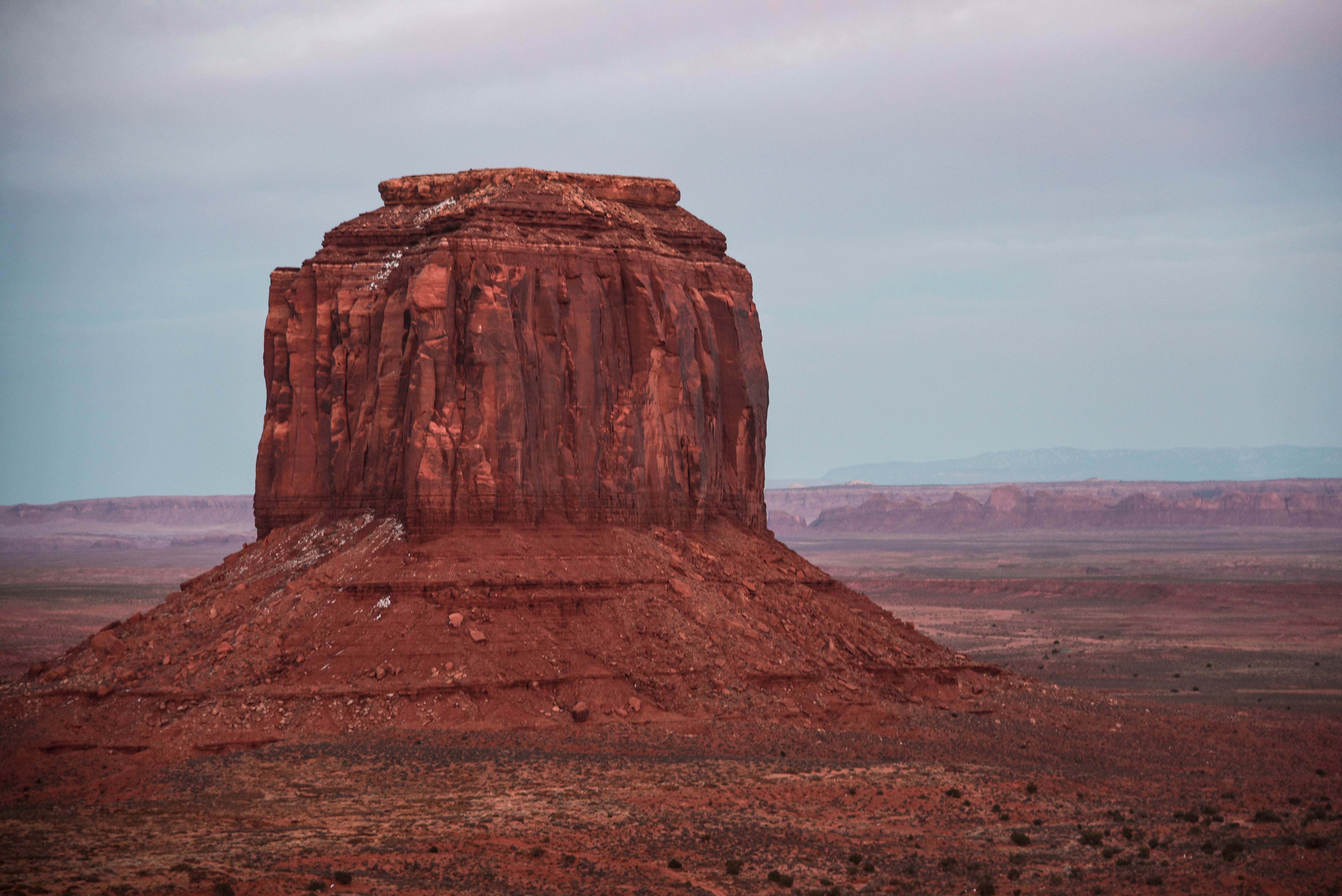 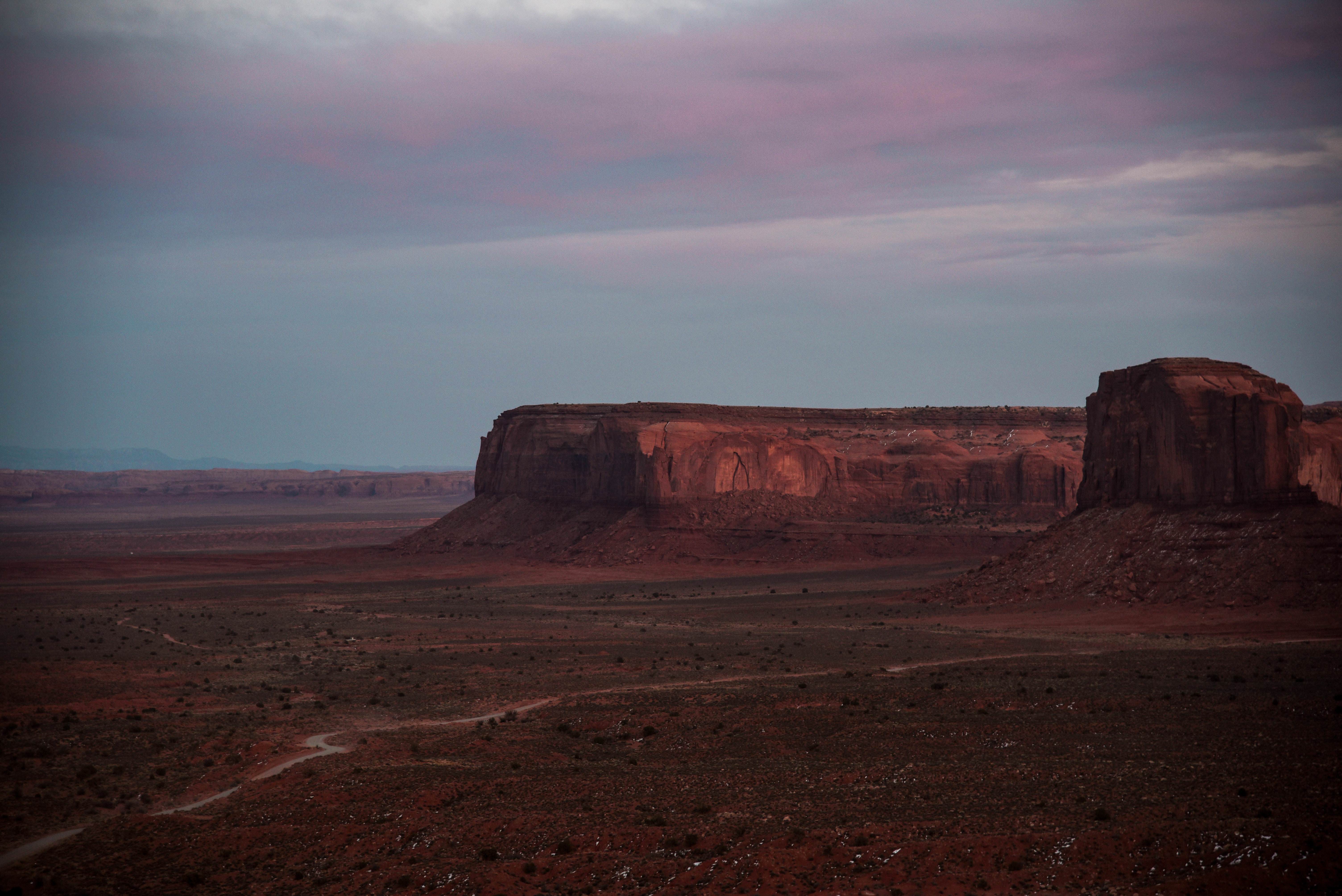 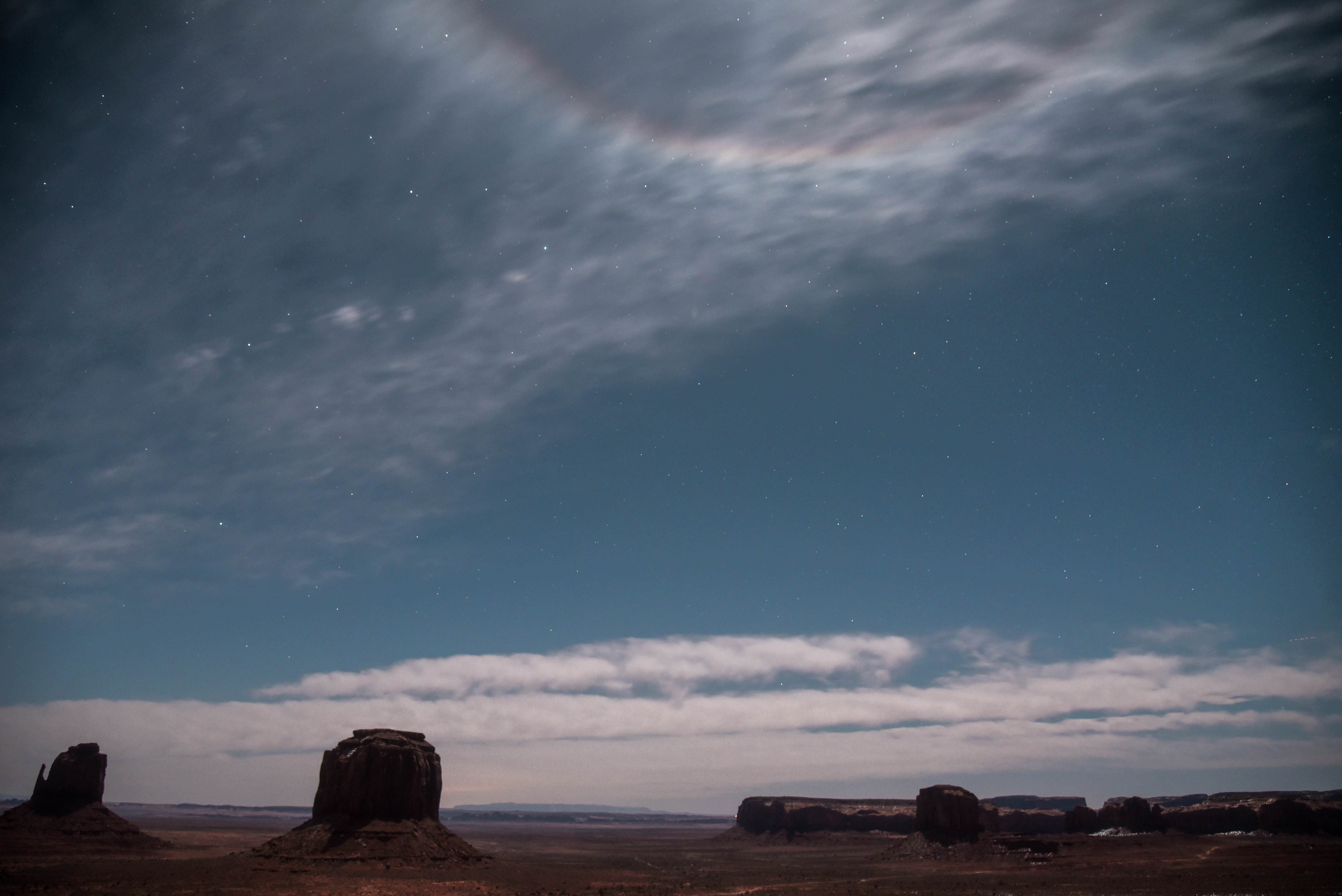 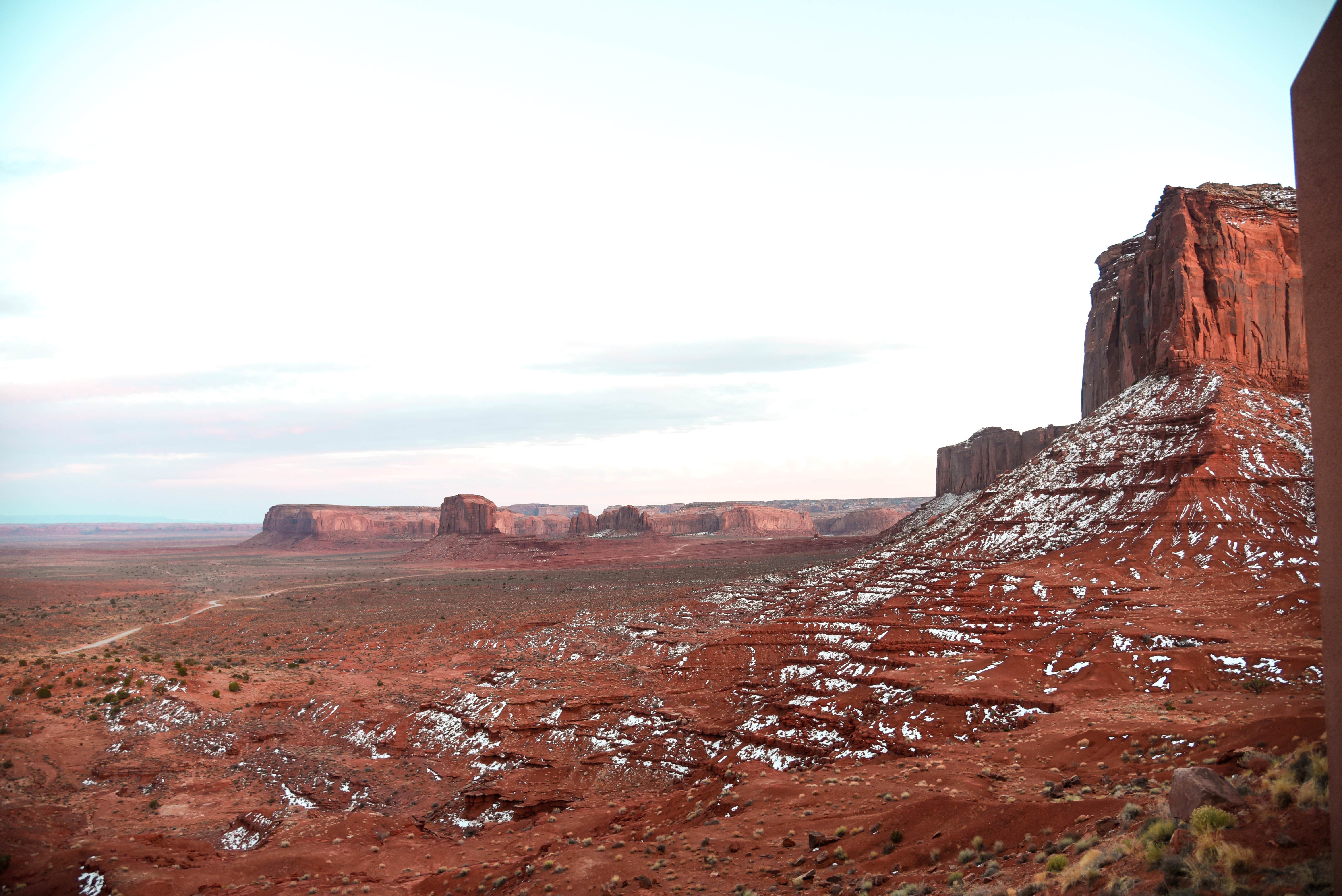 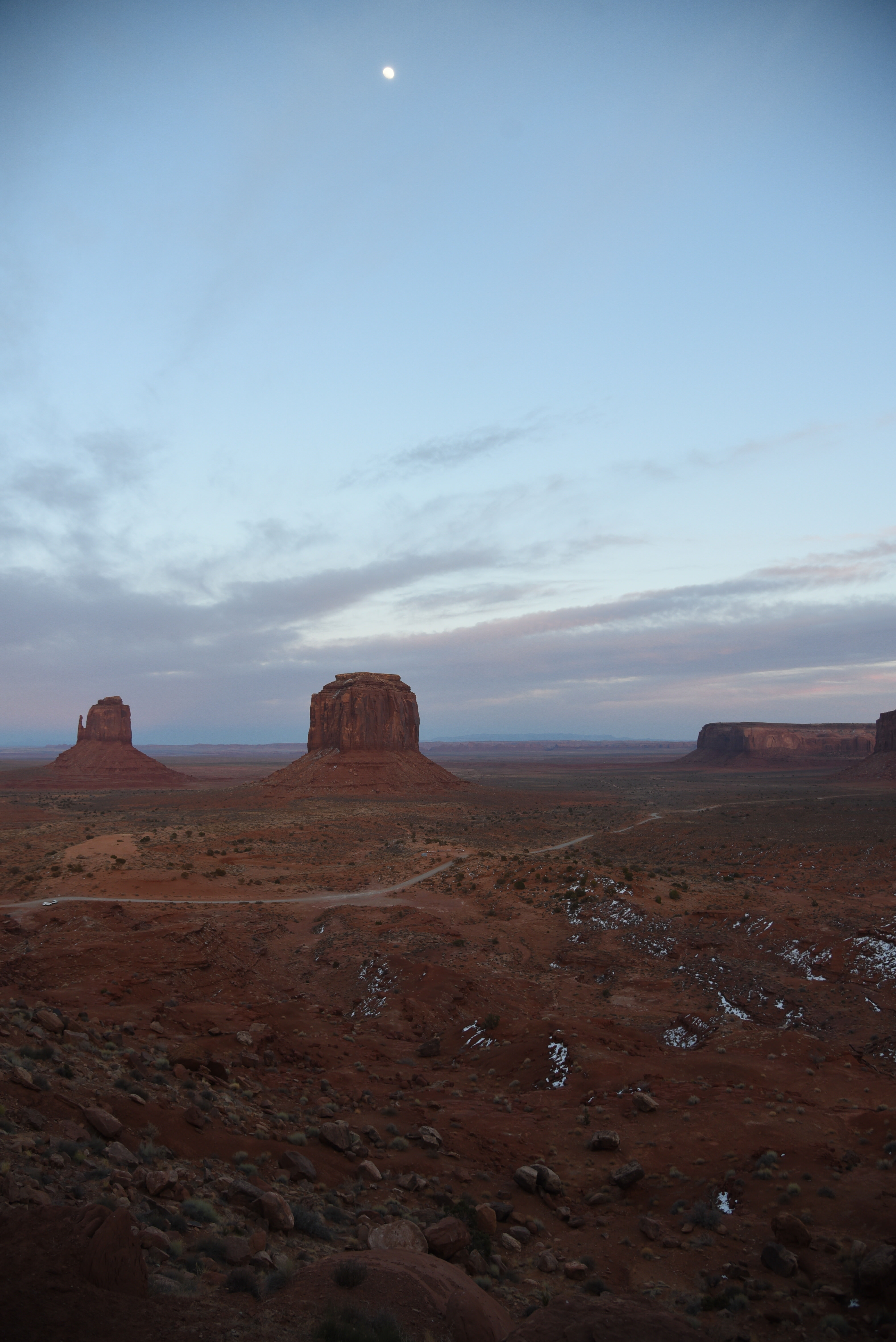 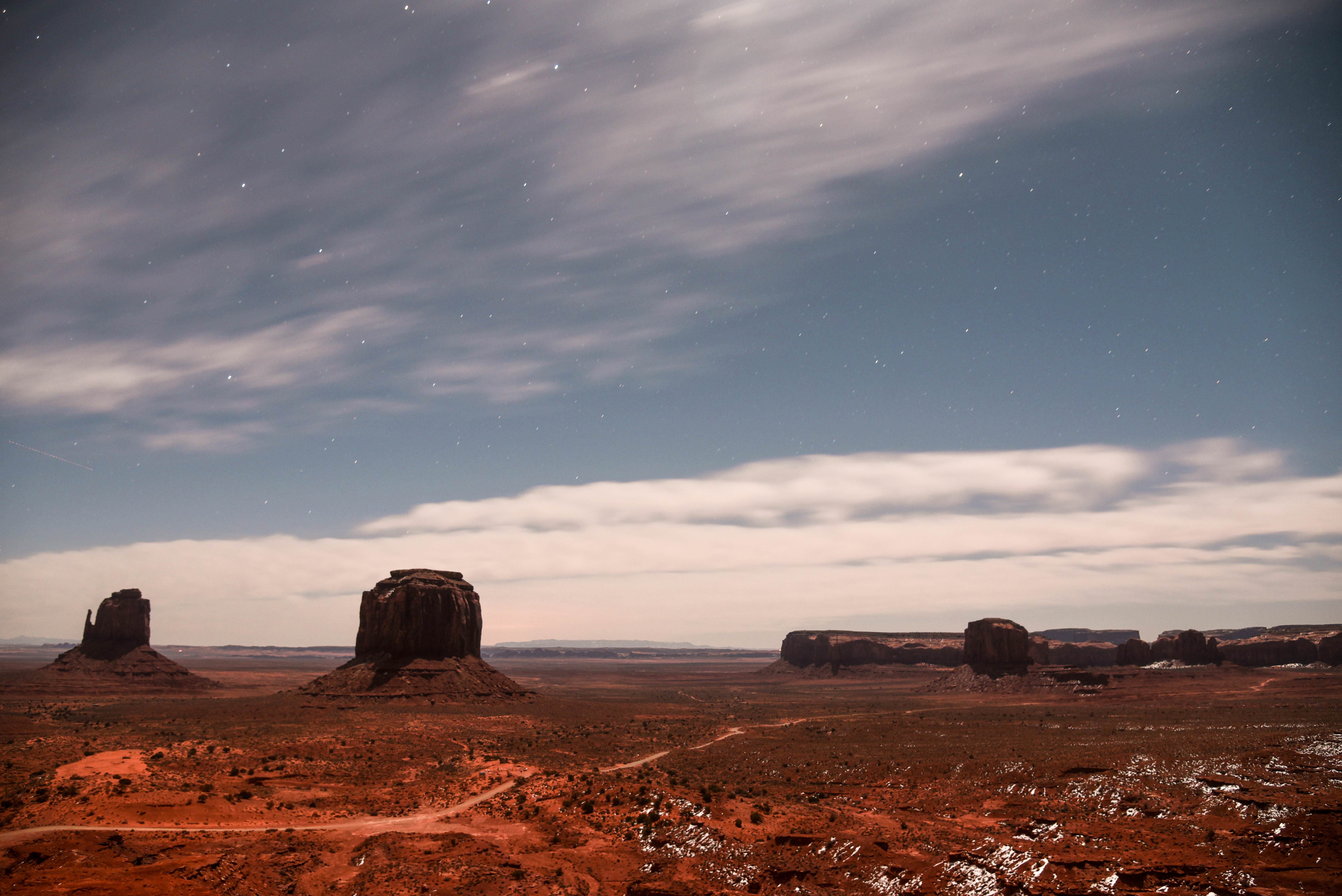 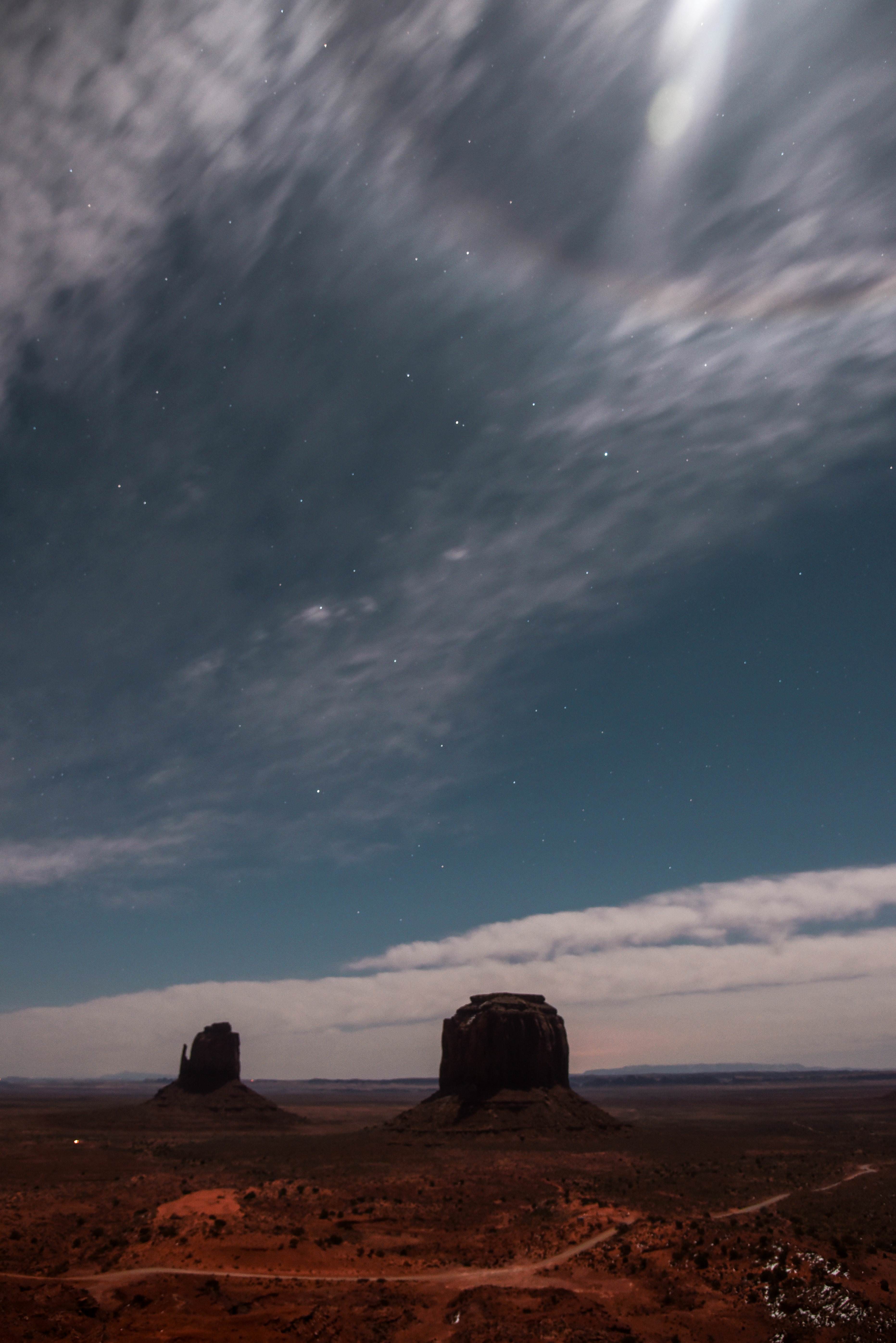 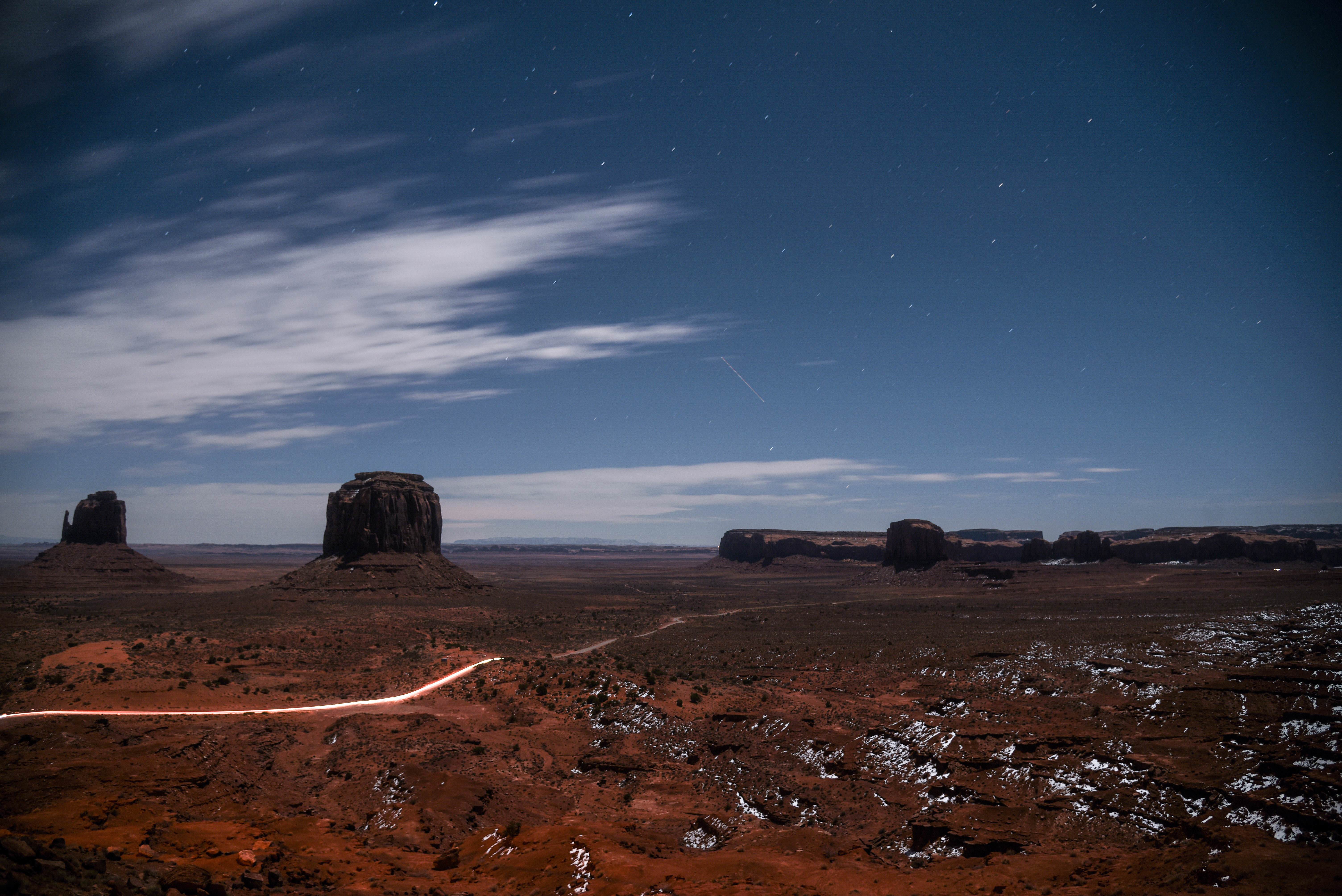 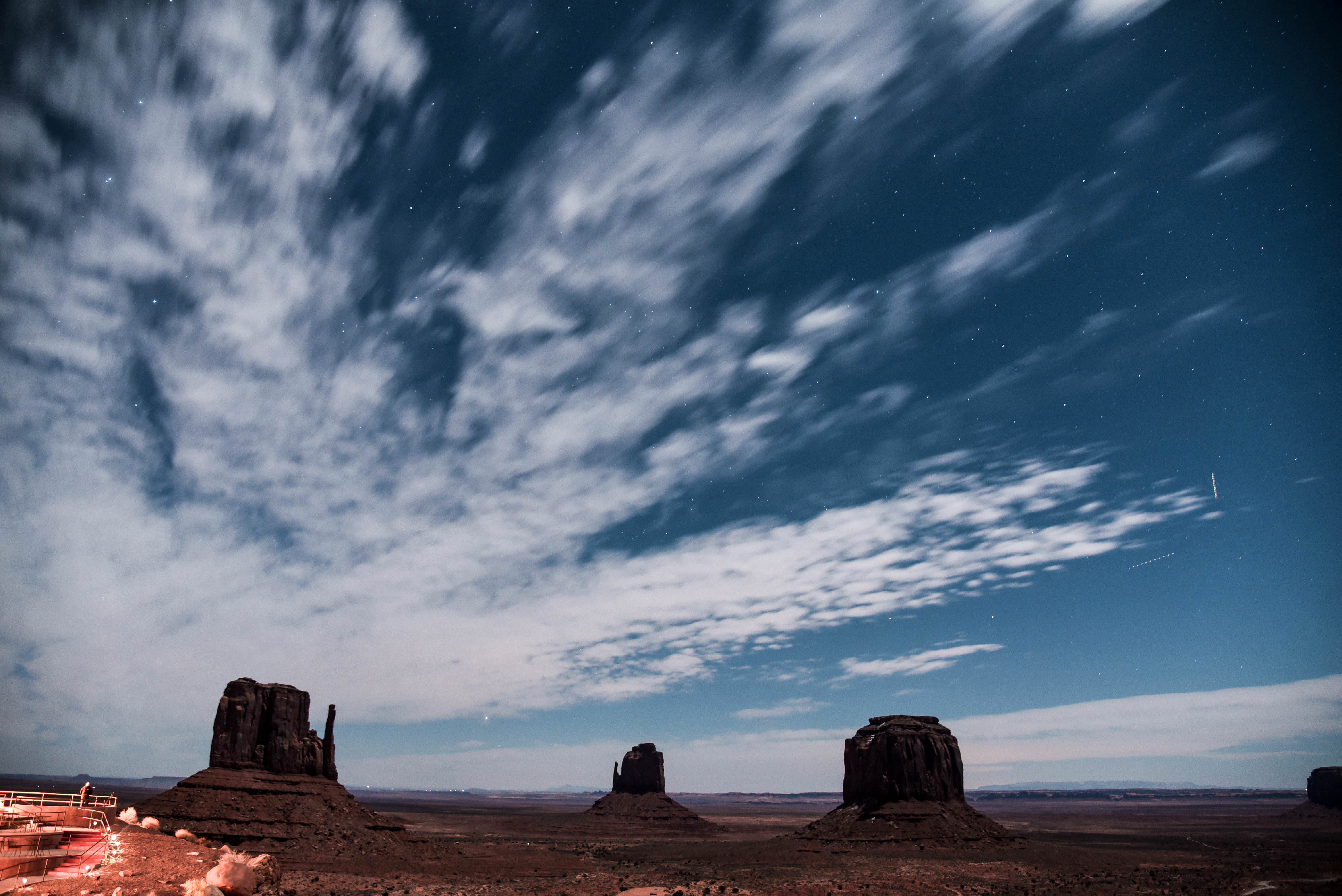 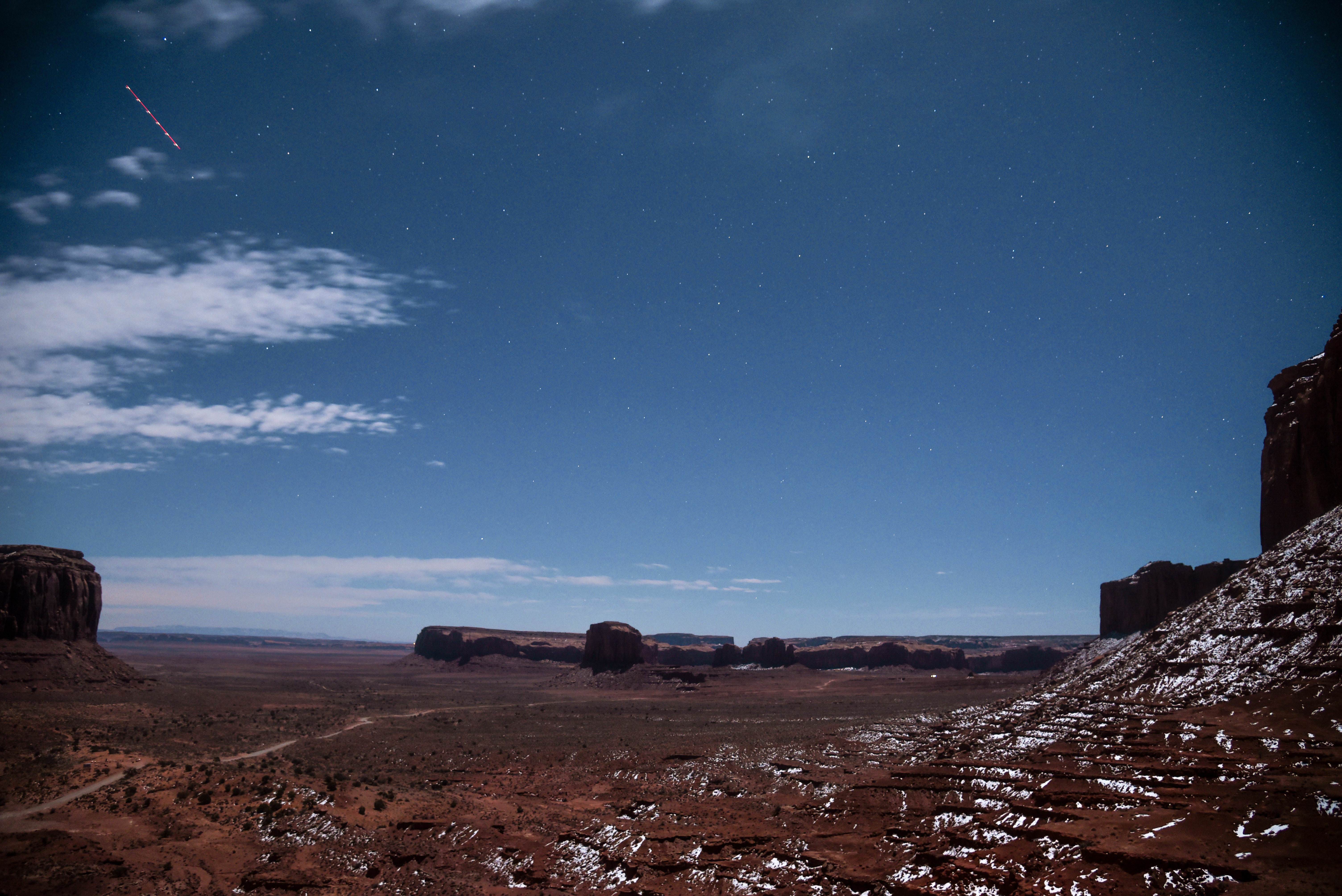 After diner we stared out at the monuments as the icy night arrived.

Monument Valley ending up being on of my favorite stops on the trip despite it barely making the list.

Some day I hope to return to this place for a longer visit.