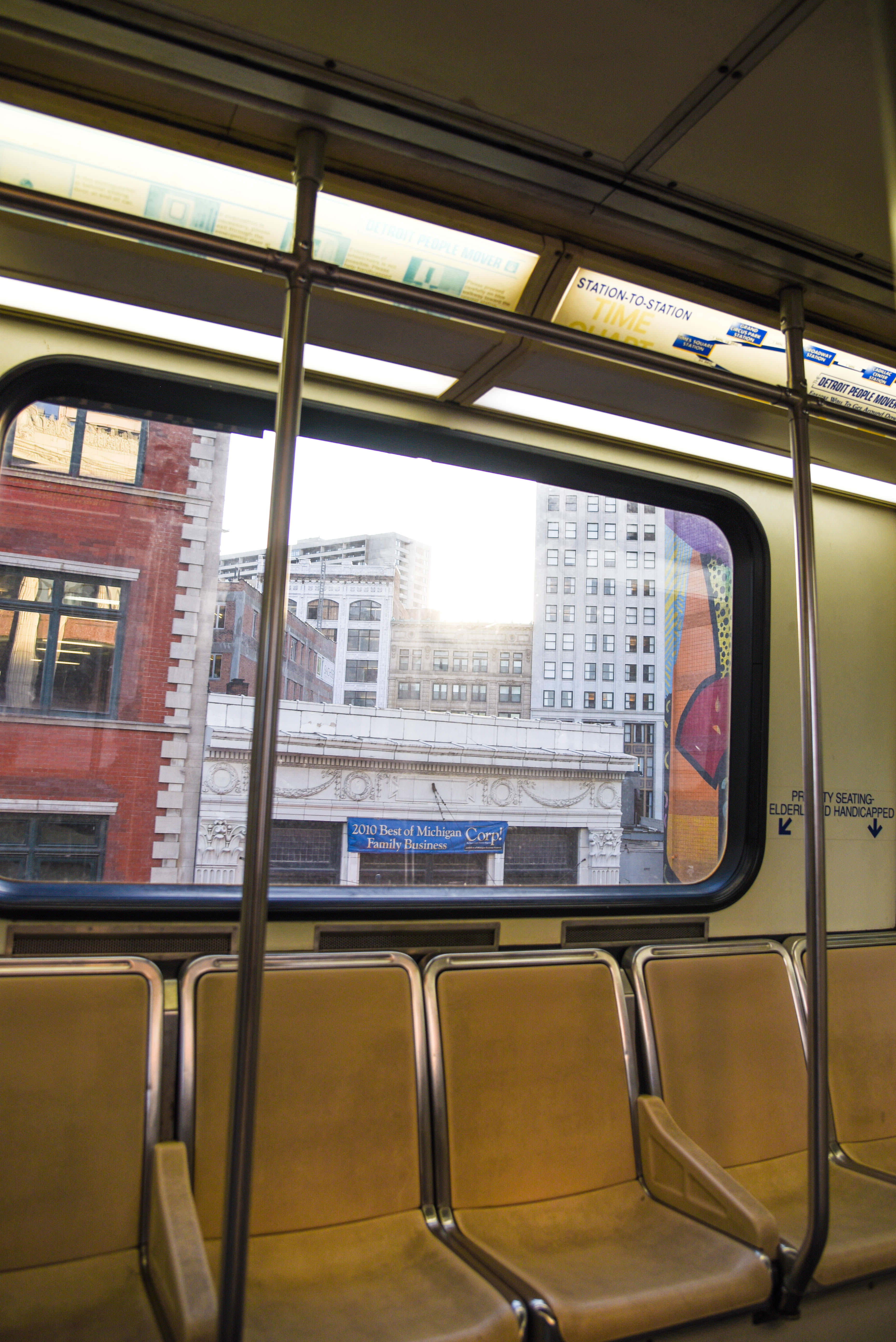 Venturing to downtown Detroit for the first time. None of us were sure what to expect, or what exactly we were going to do.
Around and around we drove, everywhere was full, rush hour was just starting. Finally, a parking space appeared, on some side street many blocks from the center of downtown.
Surrounded by the shadows of tall buildings all around us, I checked the map to see what was nearby. There was a stop for something called the People Mover, a sort of above ground subway; It sounded intriguing so we headed towards it.
We found the entrance in the bottom of some old building, nobody was around and it looked a bit run down. We debated for a moment if we should just keep walking, but decided to go for it.
Our change was traded for tokens. 75 cents to ride the train as long as you wanted.
We passed through the gate of the grimy little station and climbed the stairs to wait for the train. We stood in the cold until the little train car came, and we were soon to be amazed by the sights of downtown Detroit. 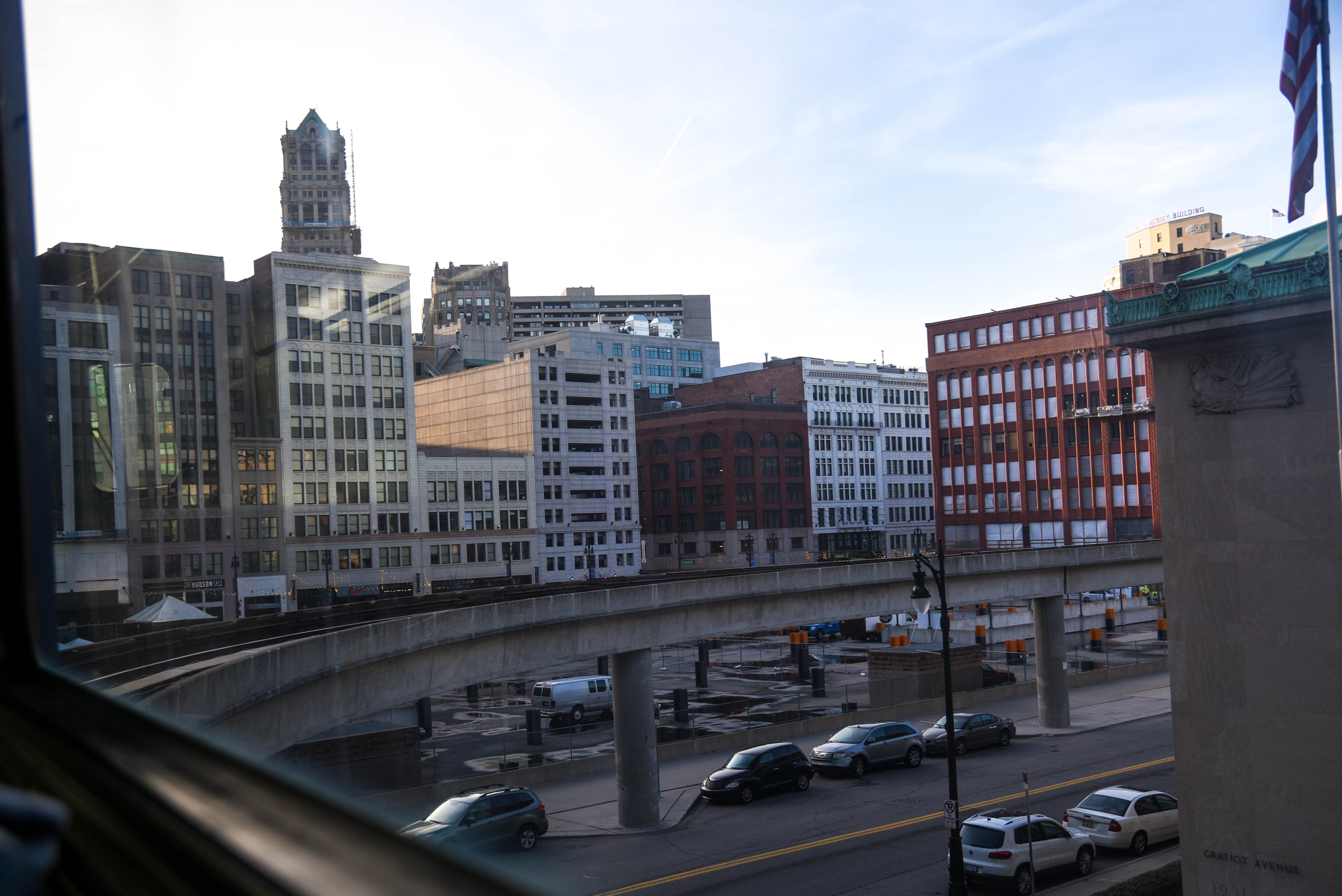 I didn’t realize how big Detroit was, I was quite impressed by the sea of skyscrapers in the city I was born in. I found myself loving Detroit more and more. 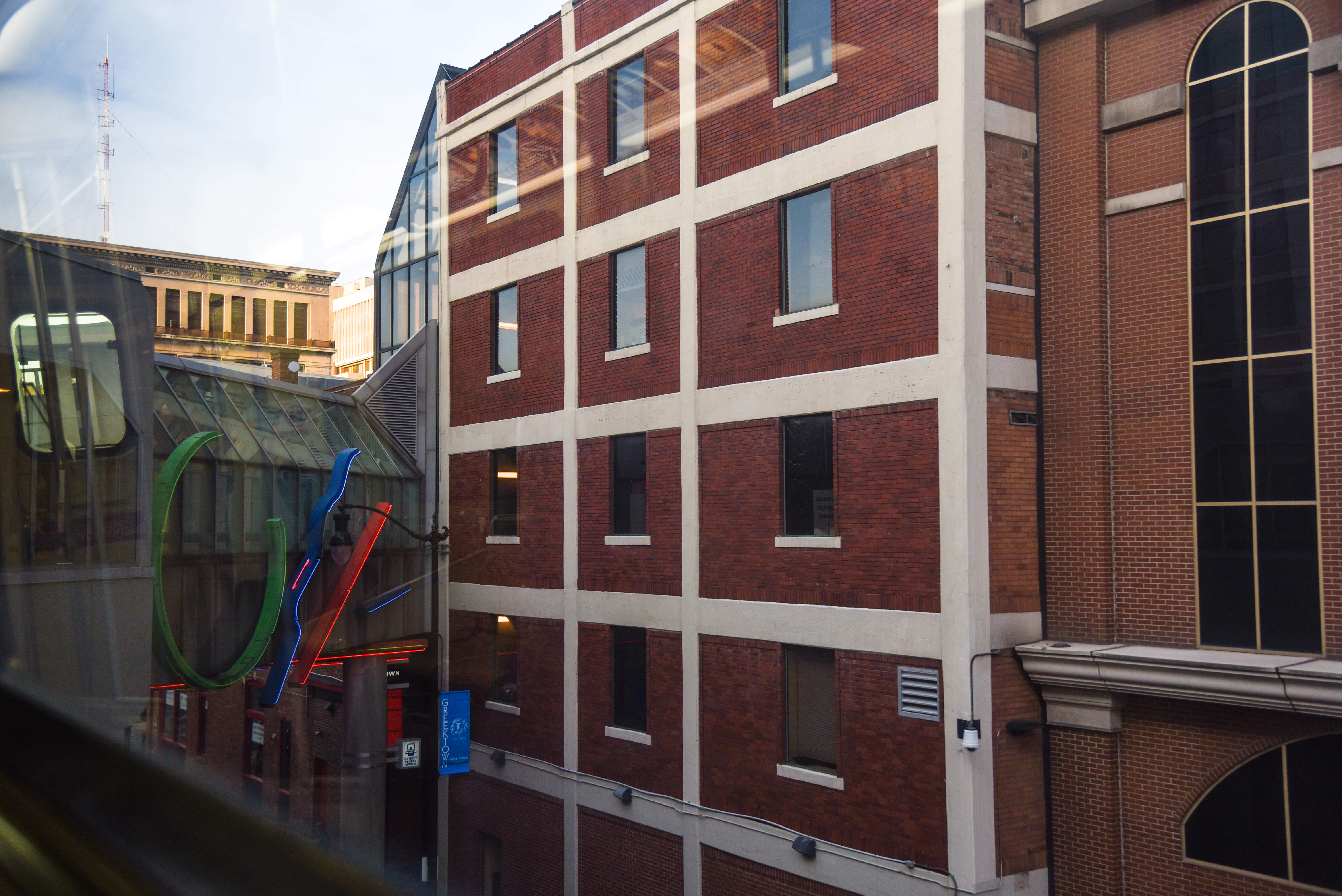 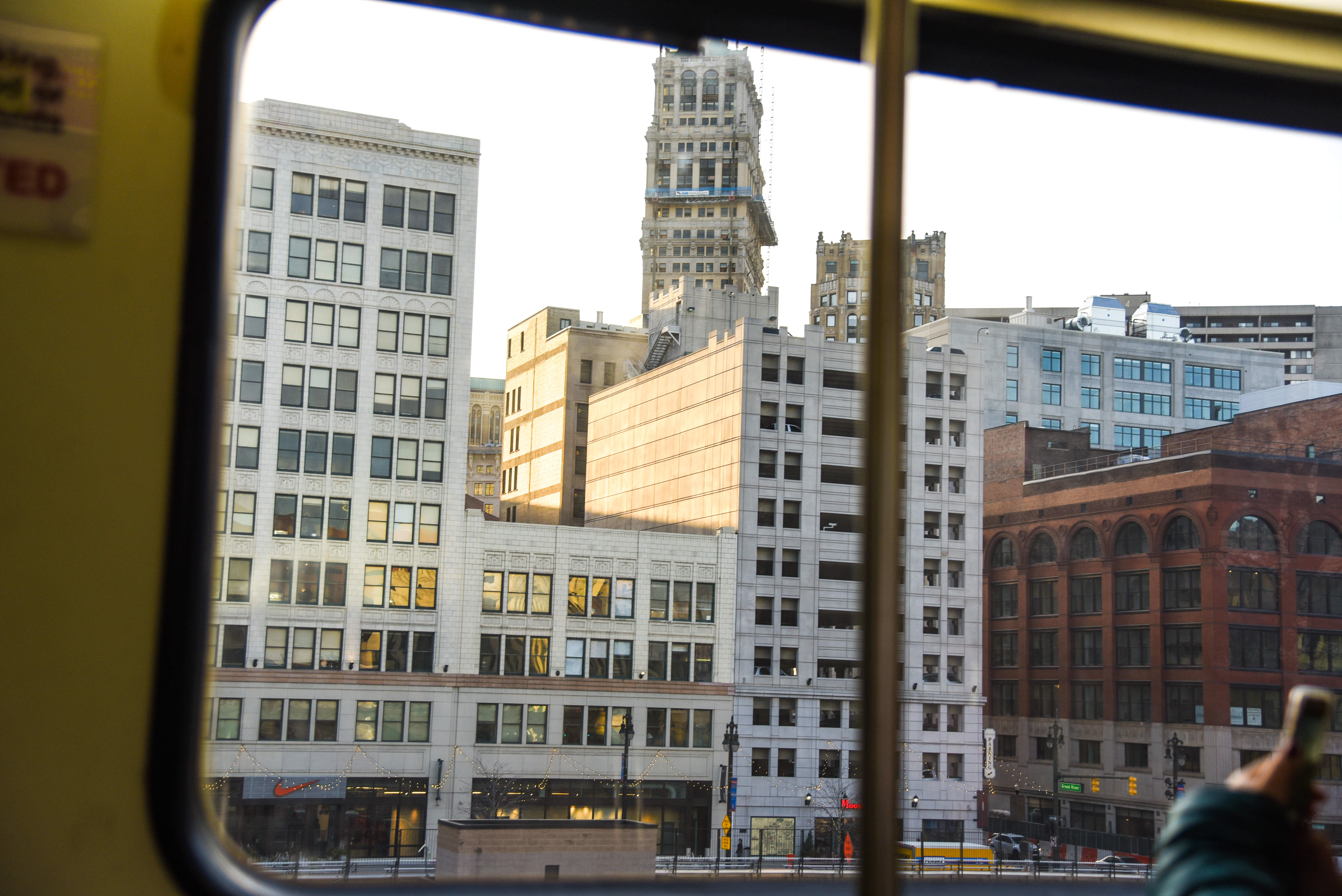 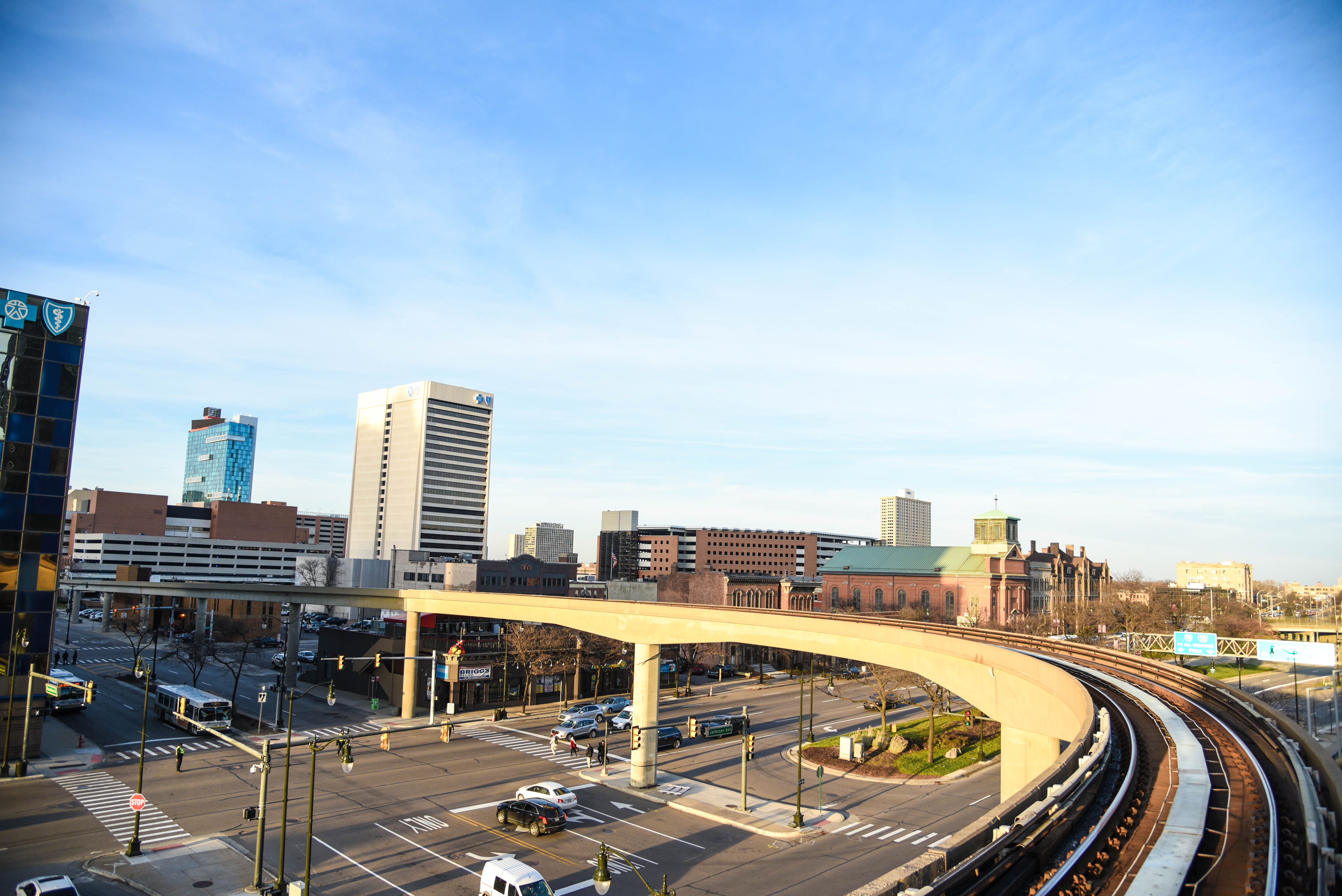 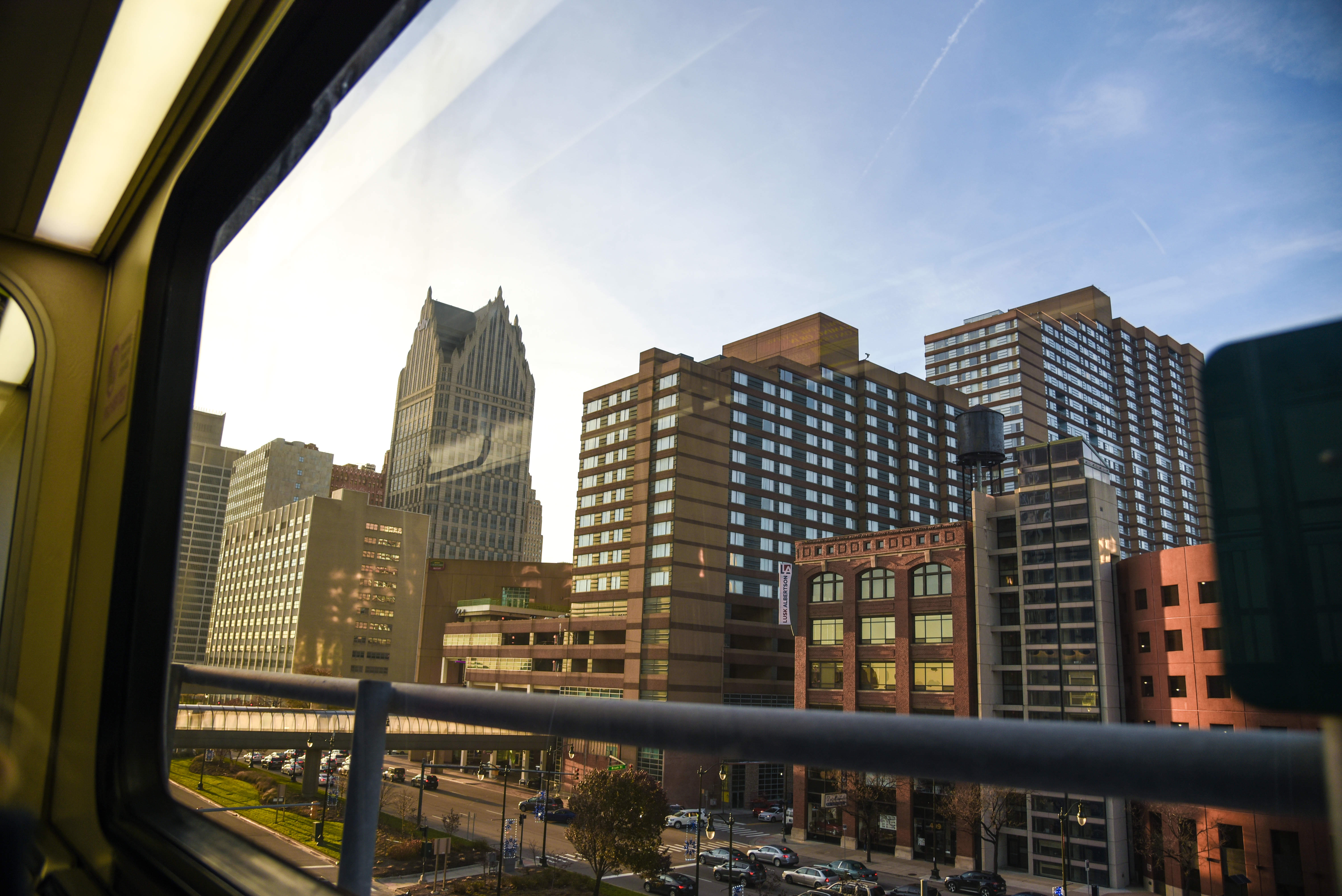 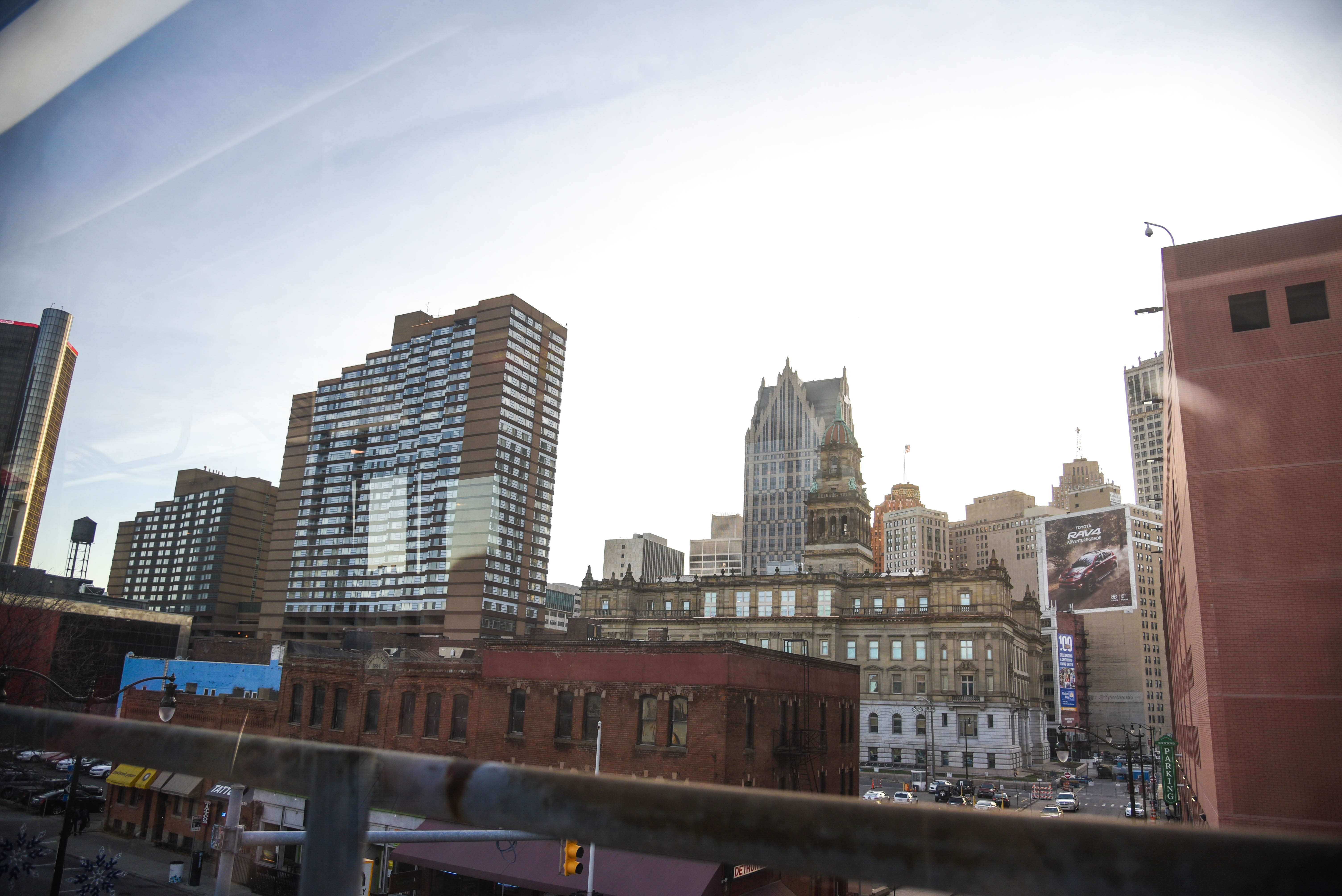 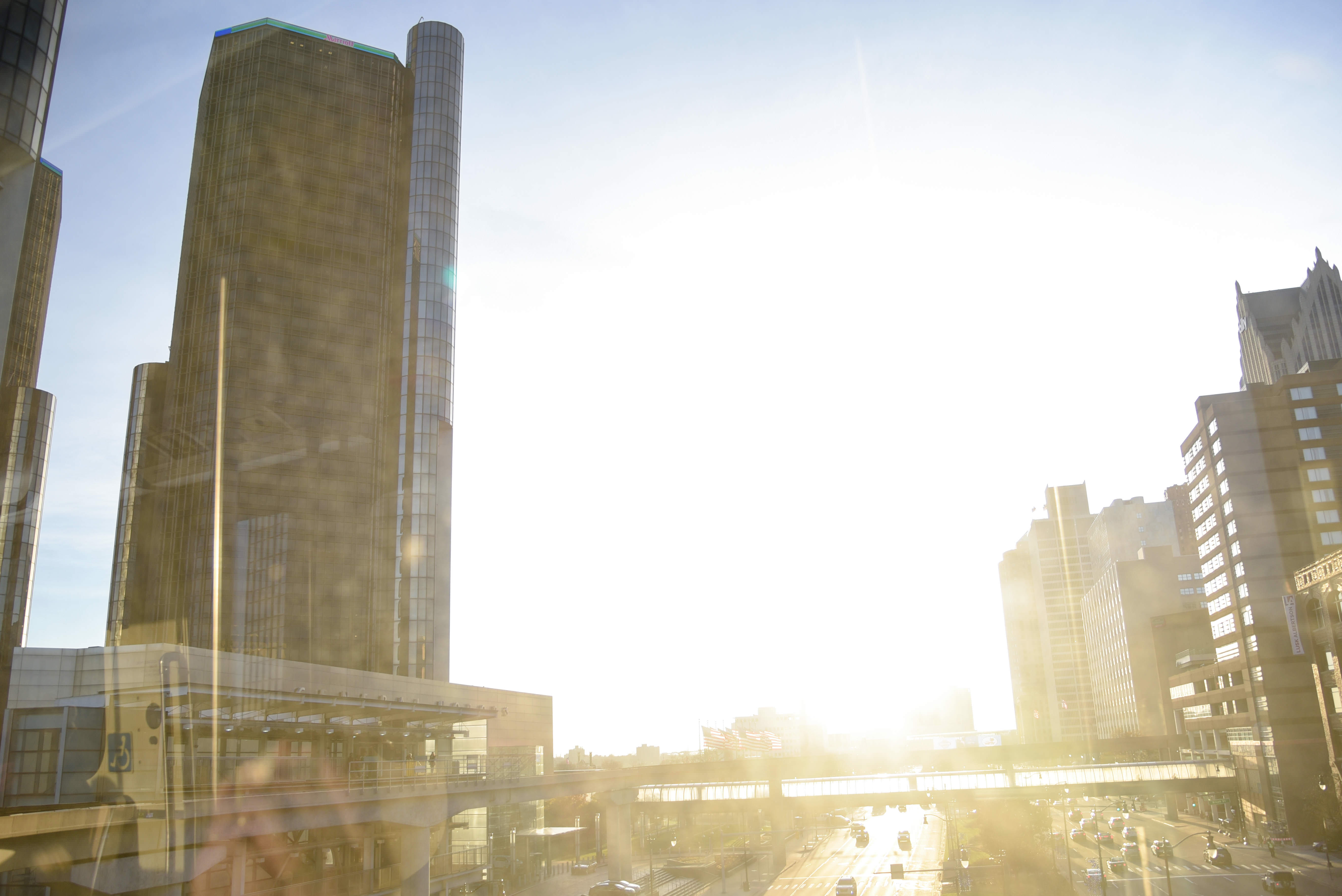 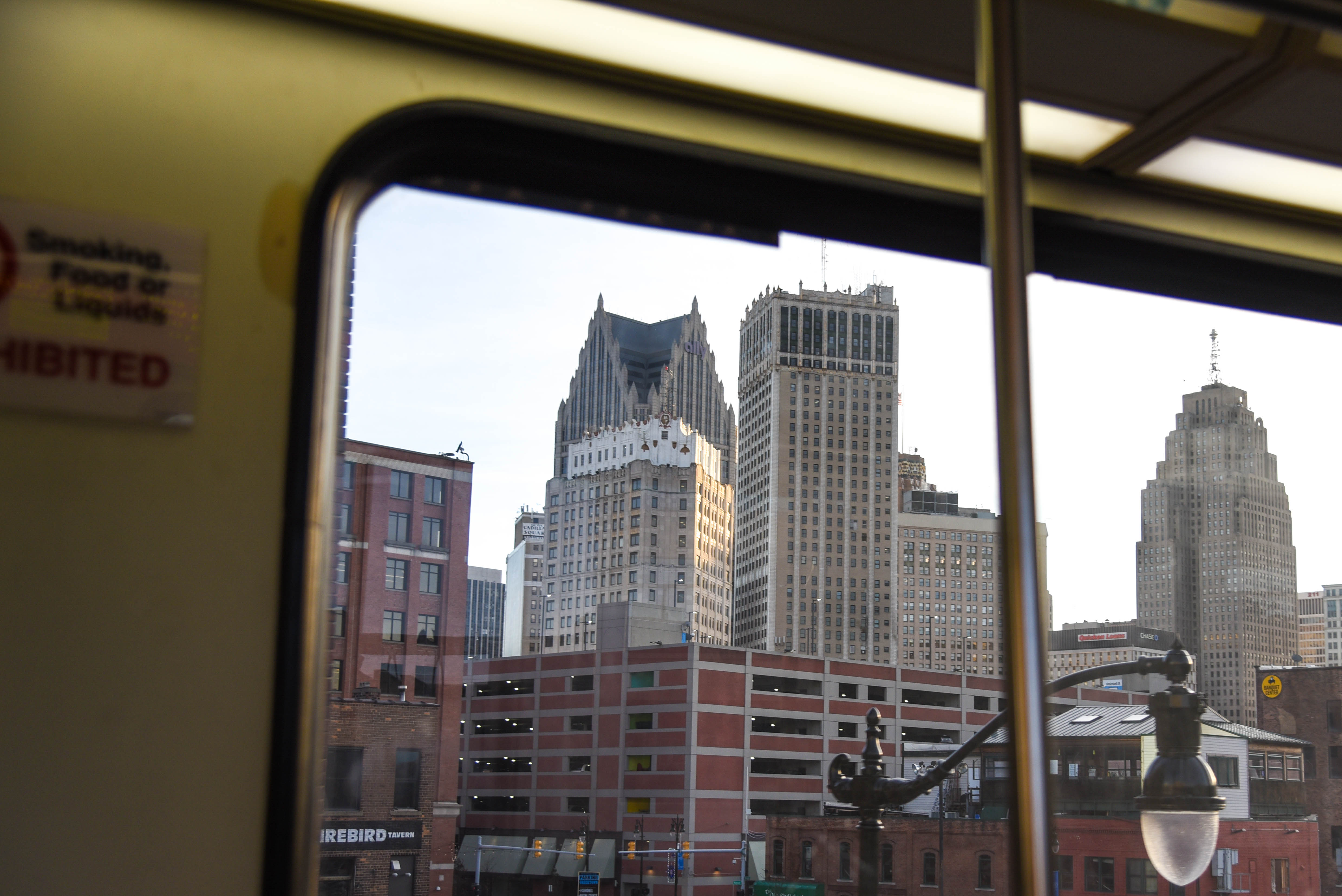 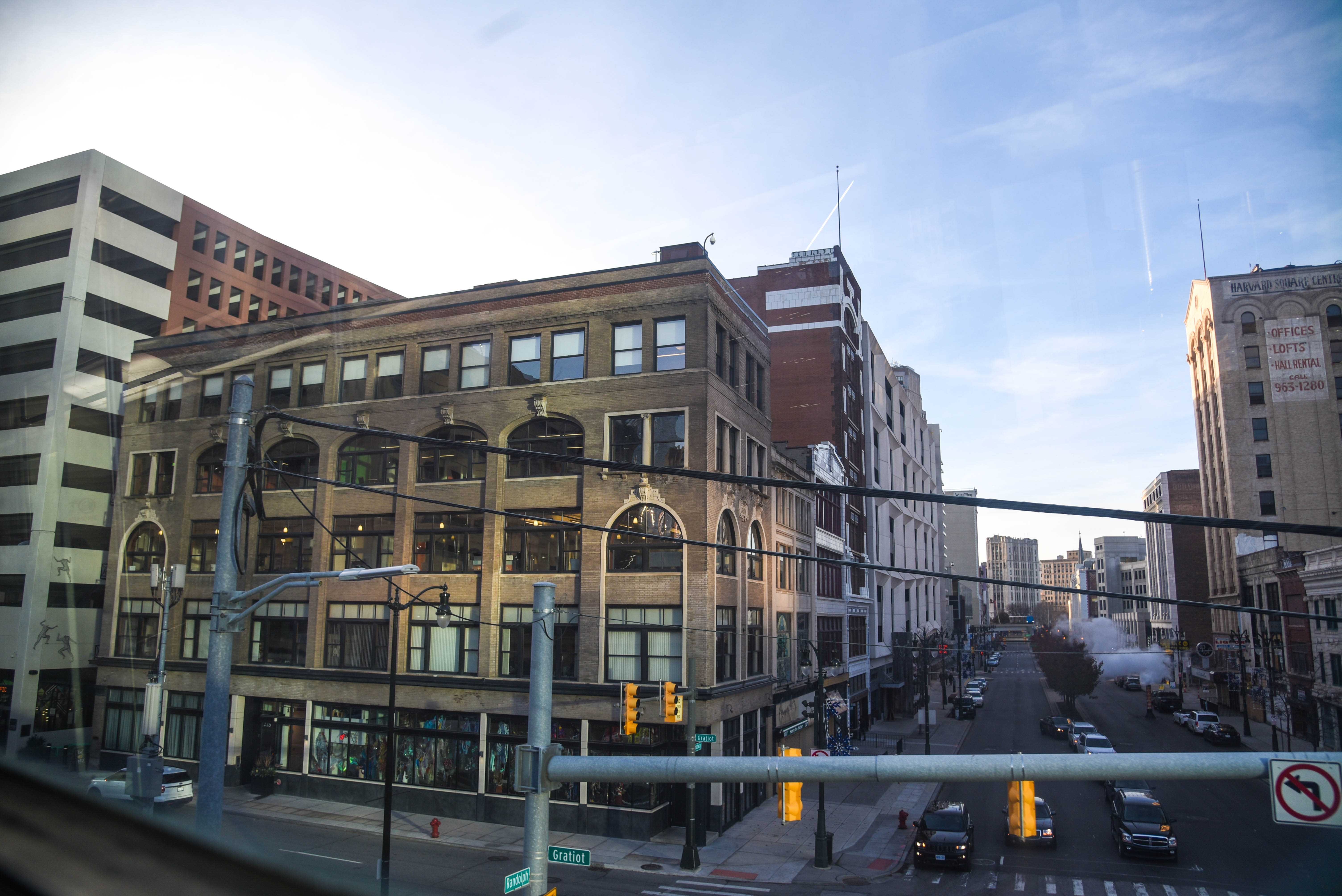 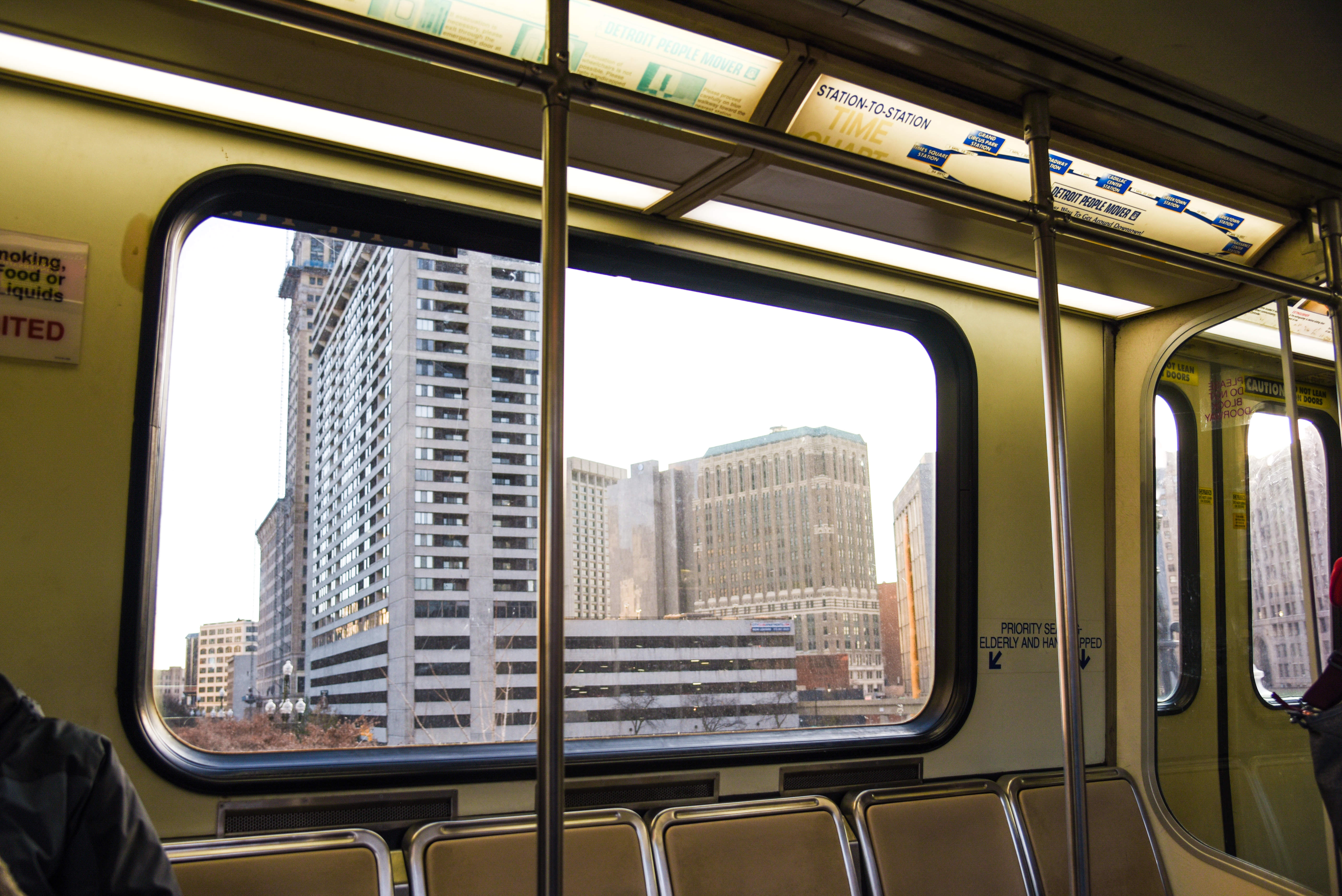 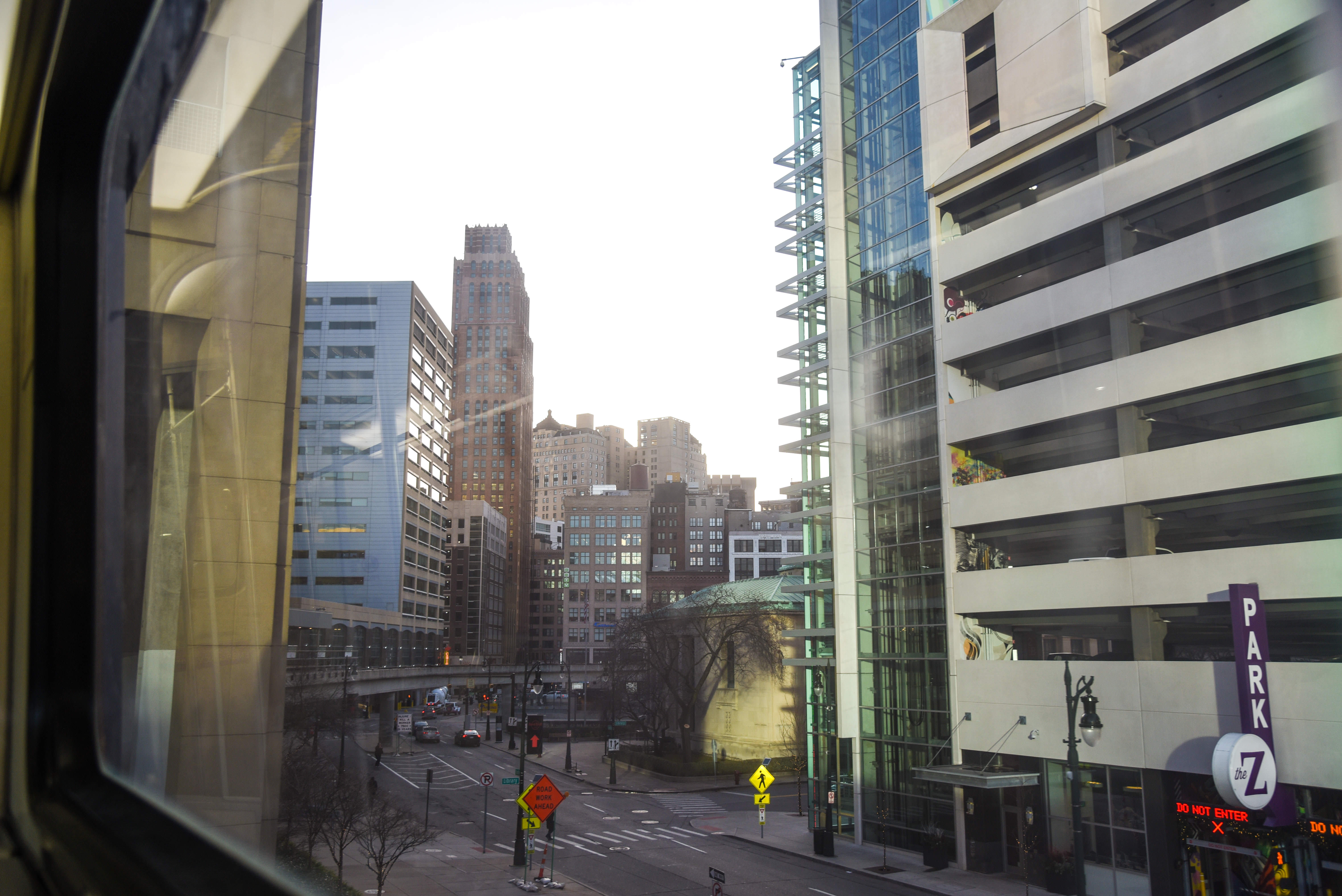 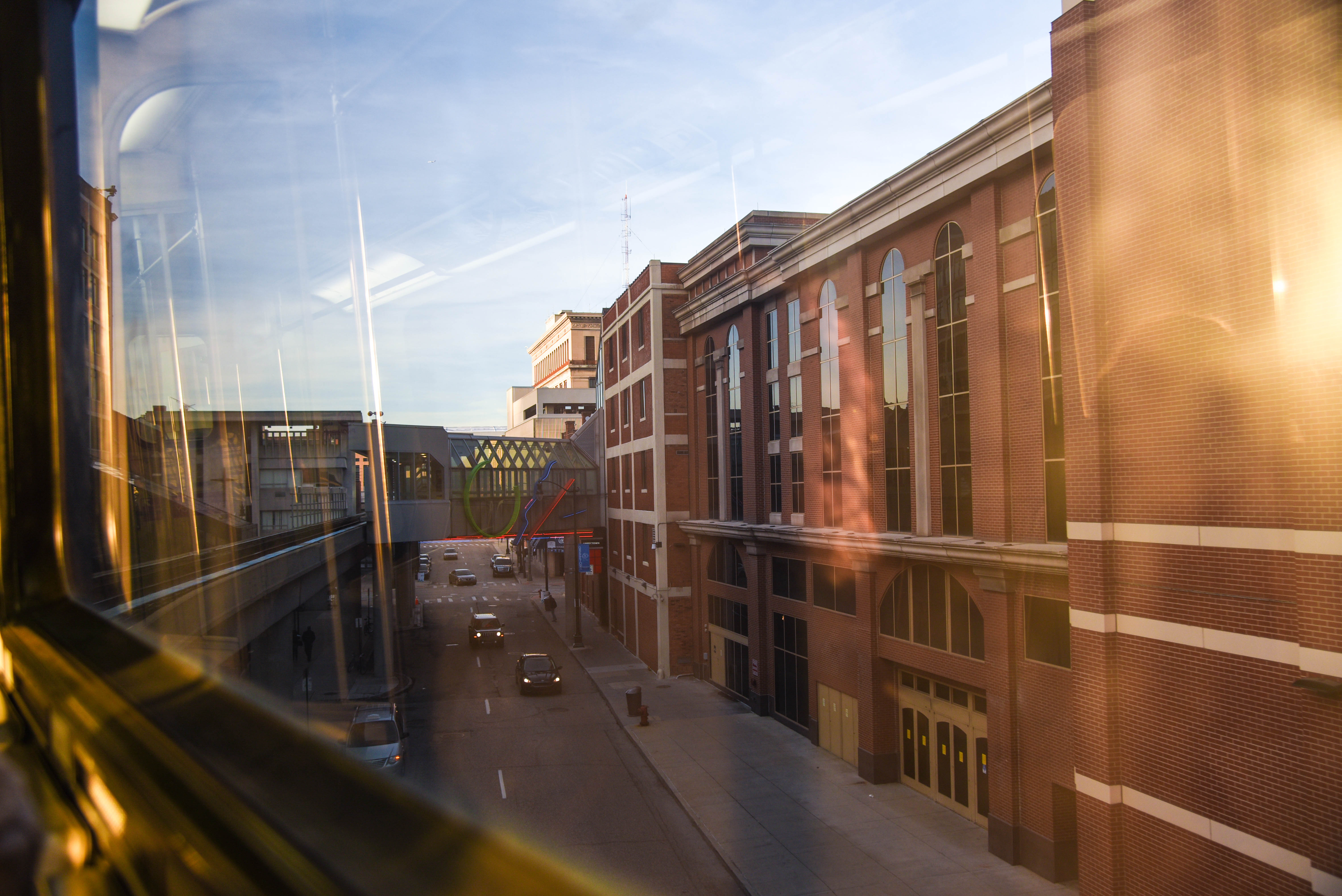 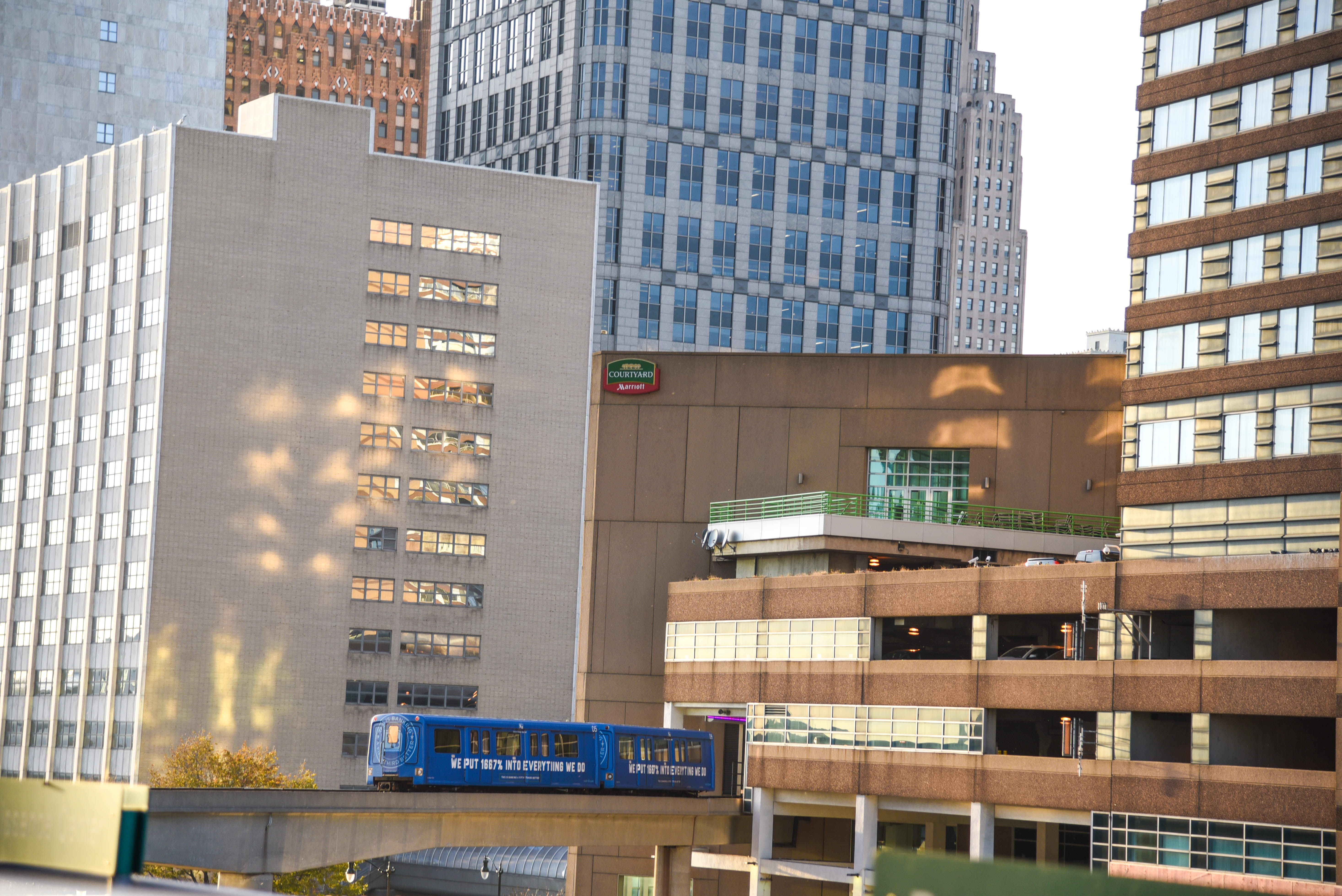 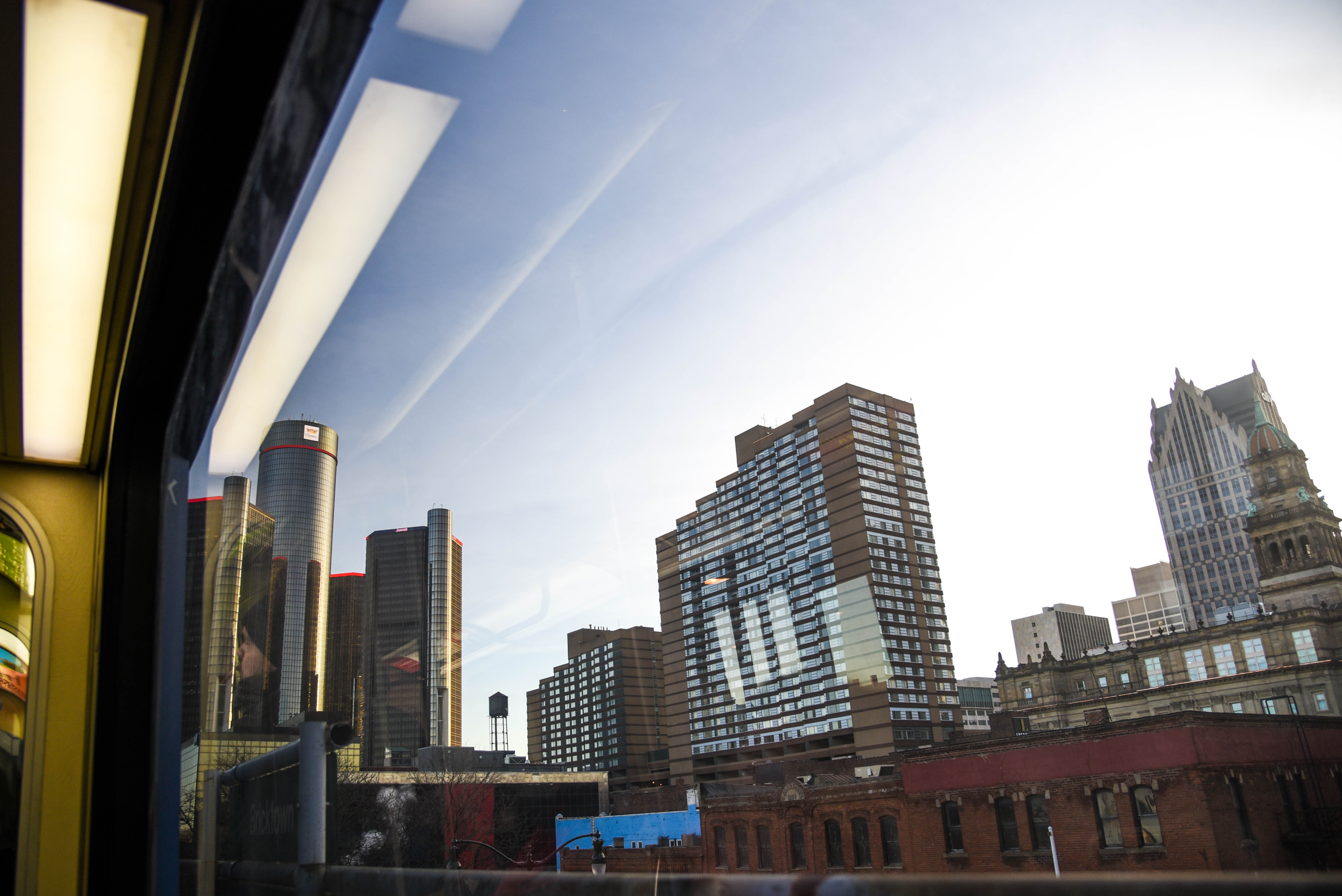 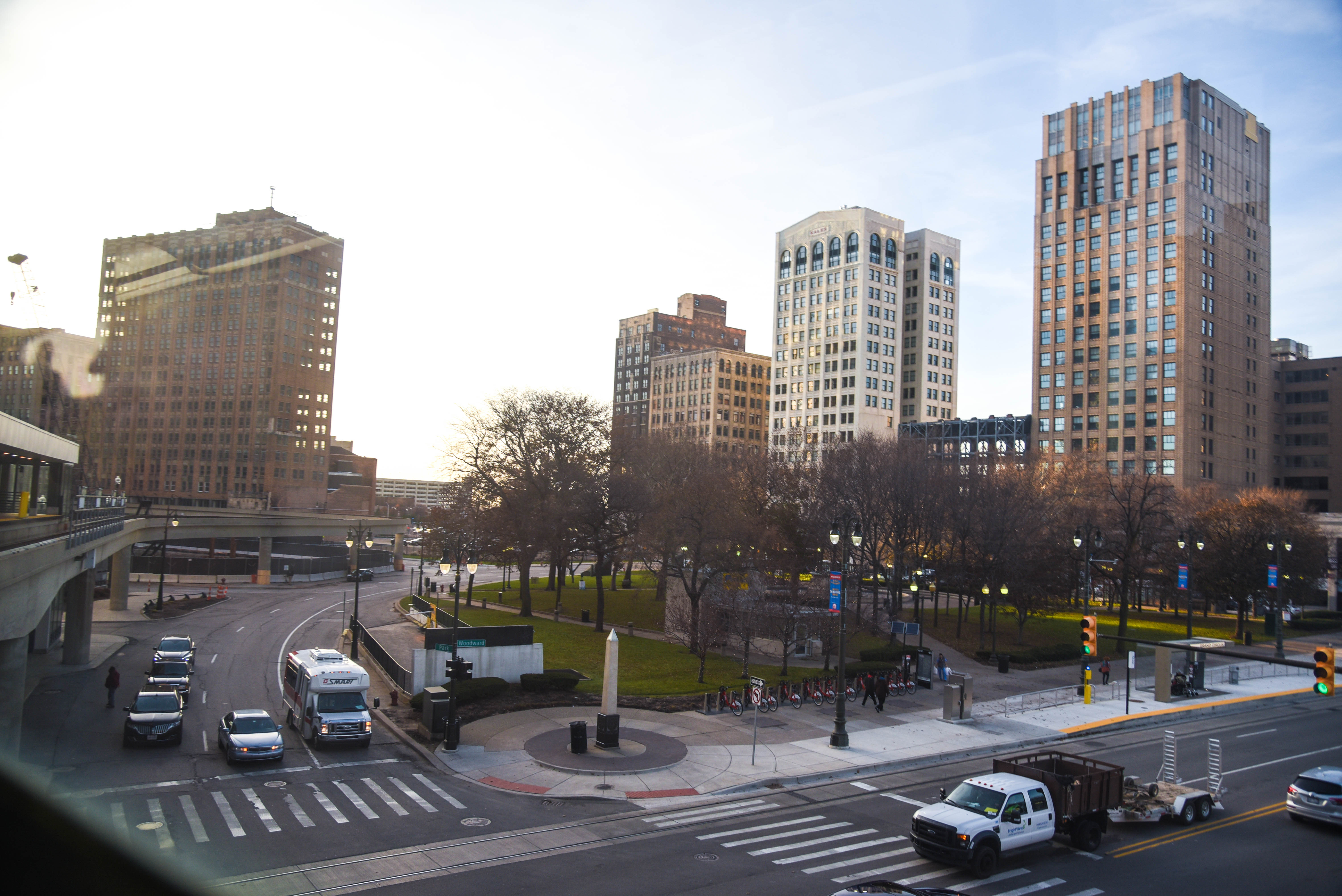 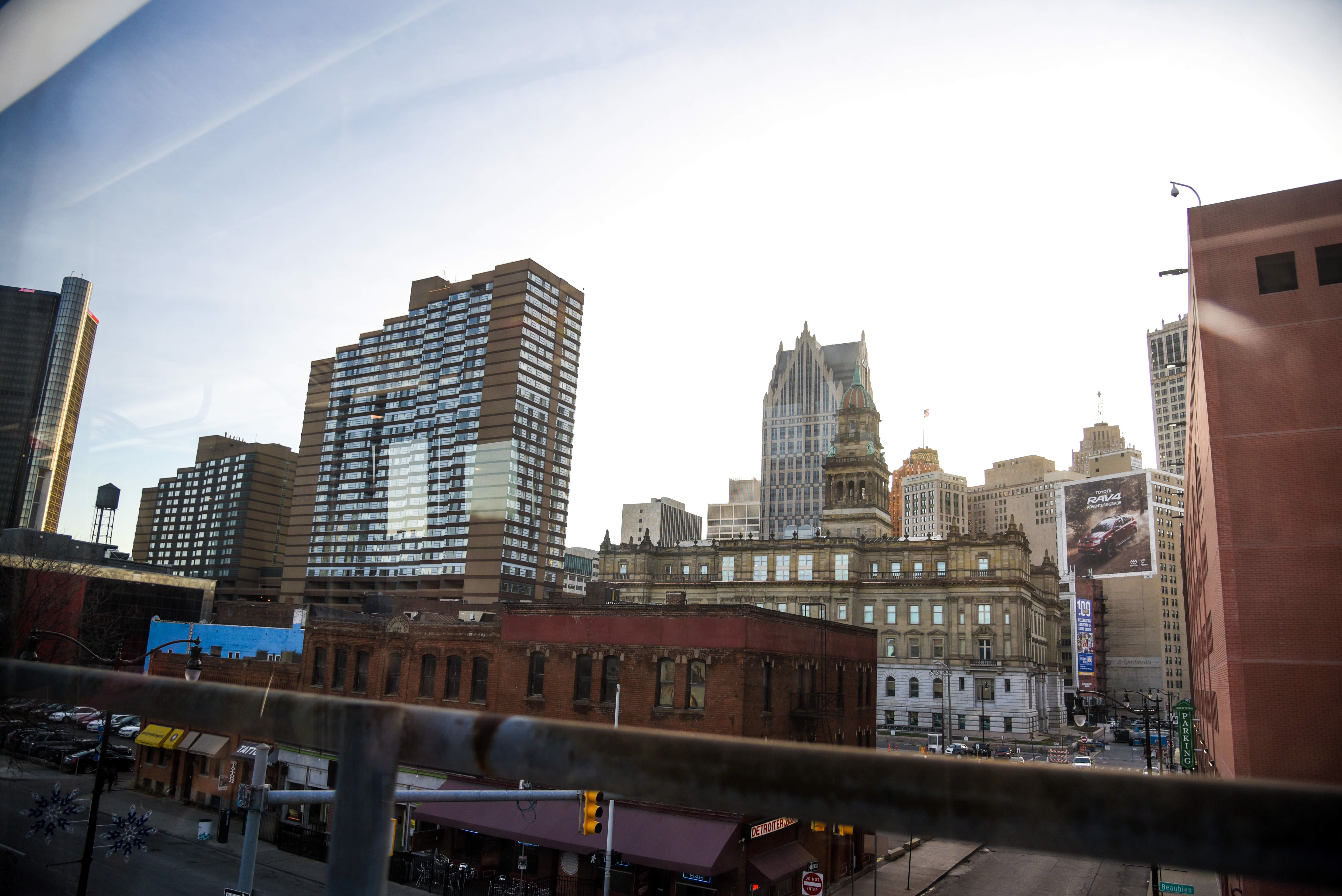 We rode the People Mover to the Renaissance center and wandered around a bit on the water front. It was freezing cold so we decided the best way to see the most of the city without freezing to death was to hop back on the little train and ride it around and around.
The Detroit People Mover Travels in a loop around downtown with 13 stations. It operates above ground which is a great way to get a tour of the city as you explore different areas of downtown.
The People Mover was built in the 80s with very high expectations, but due to Detroit’s Decline, it never got as much use as was originally hoped.  Fortunately things seem to be looking up for Detroit in recent years so I am looking forward to seeing how this city grows!
Categories: City, Detroit, Downtown, Michigan, People Mover, Train