Years and years ago, I decided I wanted to see a solar eclipse so I looked it up and saw one would be coming my way in just a few years. Luckily the path of totality was just a few hours away from where I live. Exciting!!!
Well. I forgot all about until about a month ago when I got an email at work about an eclipse viewing party on the roof of the building I work in. At first I was excited, but then disappointed because I had forgotten about it and didn’t make plans to travel to the totality path. But then I realized it would happen during our annual beach trip so we thought about driving a few hours south to the edge of the totality line.. Unfortunately a rainstorm ruined those plans so we decided to stay put, and head to Sand Dollar Island and hope for the best. 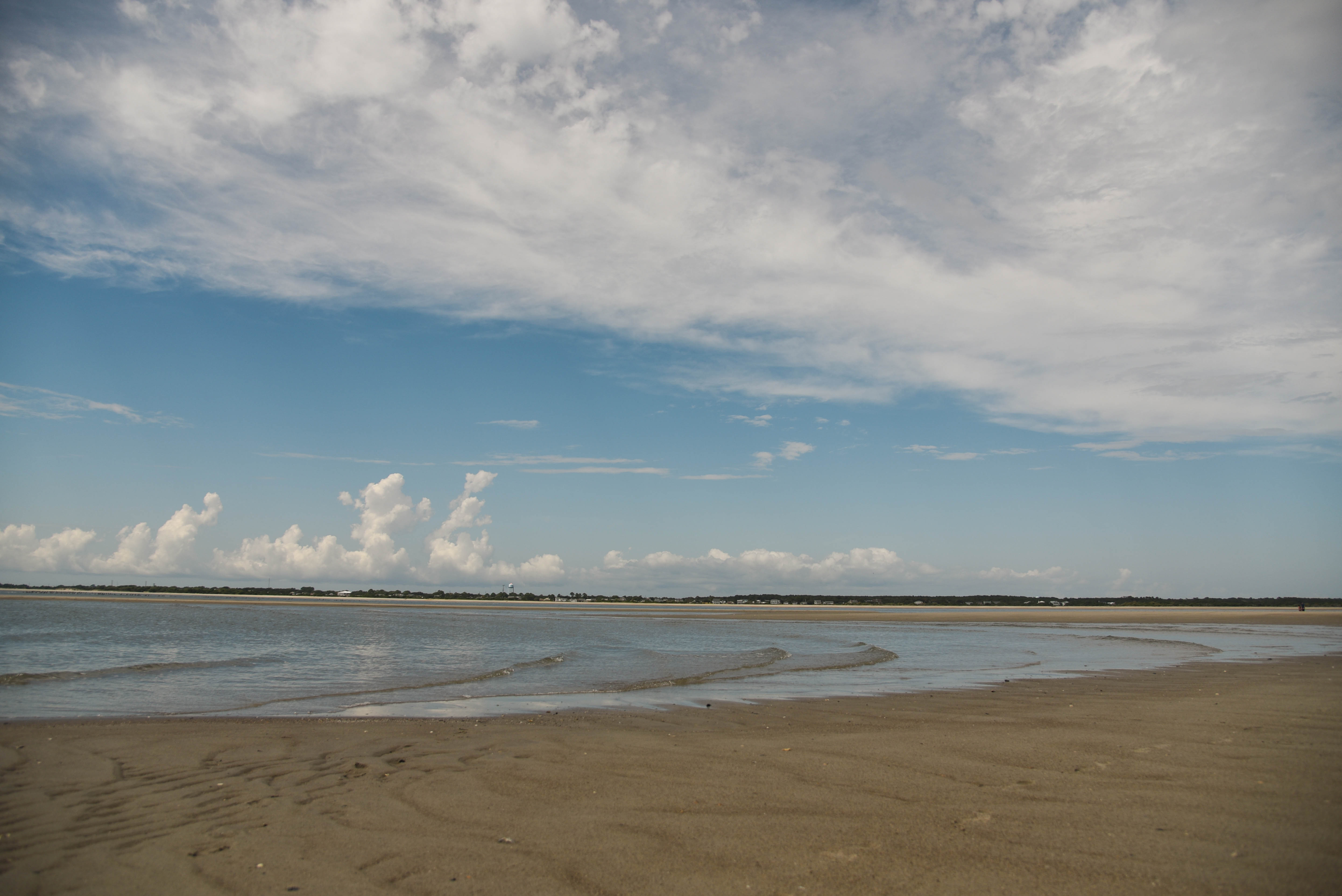 It was a dark Monday, rain clouds were surrounding the area and as we boarded the ferry, it began to rain. The ferry driver commented that he was sending us out to a sand bar in the middle of the sea, in a rainstorm during an eclipse. Which made me pretty darn excited. 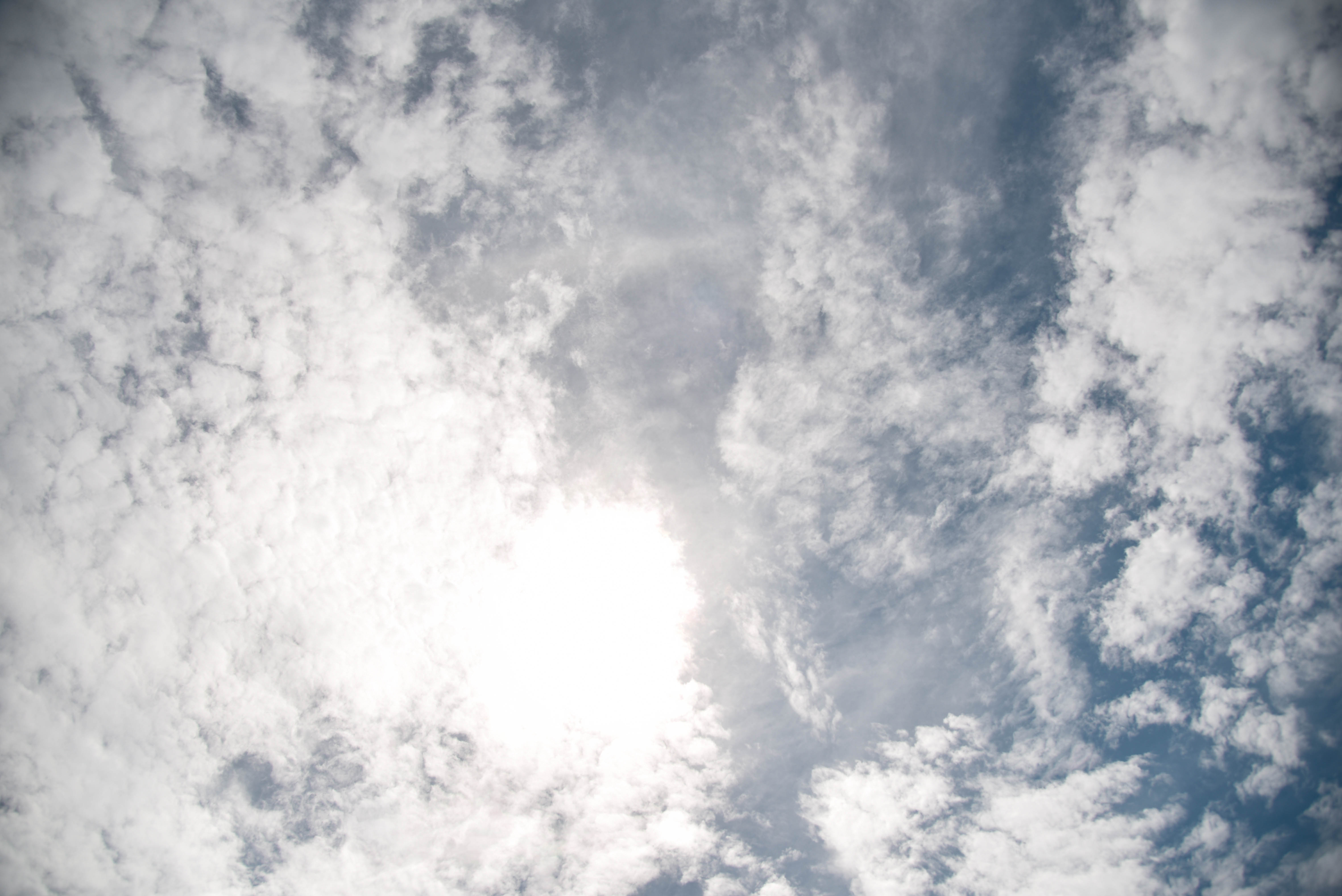 When we got to the island, we had left the clouds behind on the mainland and the sun finally appeared! I wandered around and found a few sand dollars, then the moon began to move in front of the sun.. 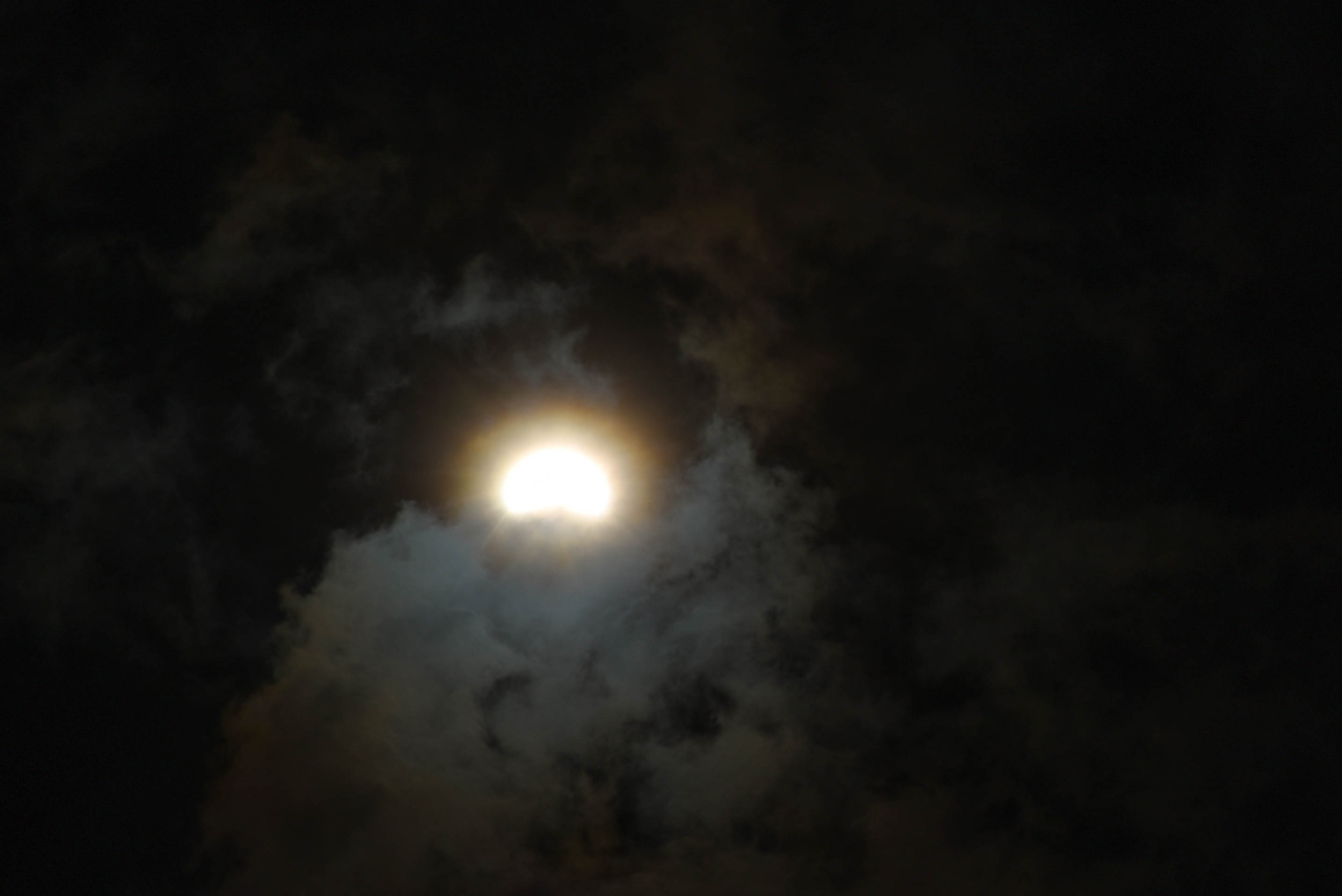 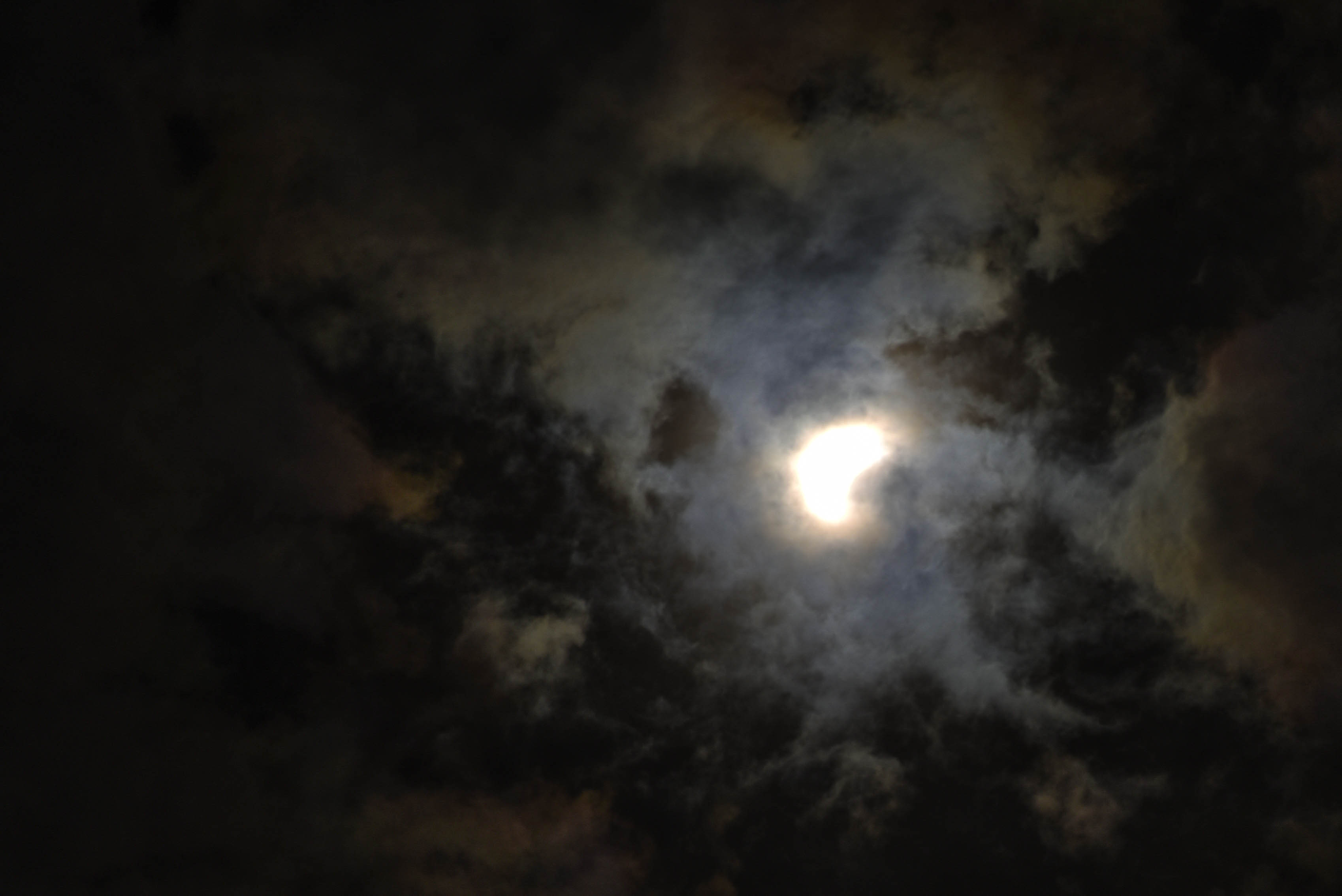 Being unprepared for this event that I had been so excited to witness, I didn’t think to buy any special filters for my camera for photographing the eclipse.
These two pictures were taken when the sun was 97% covered by the moon. With my NASA approved Eclipse glasses on, only a tiny slice of the sun was visible. But the sun was so bright that even with my camera’s fastest shutter speed, and the highest aperture, it still was too bright to capture!

This was a picture I took with my phone through my glasses. 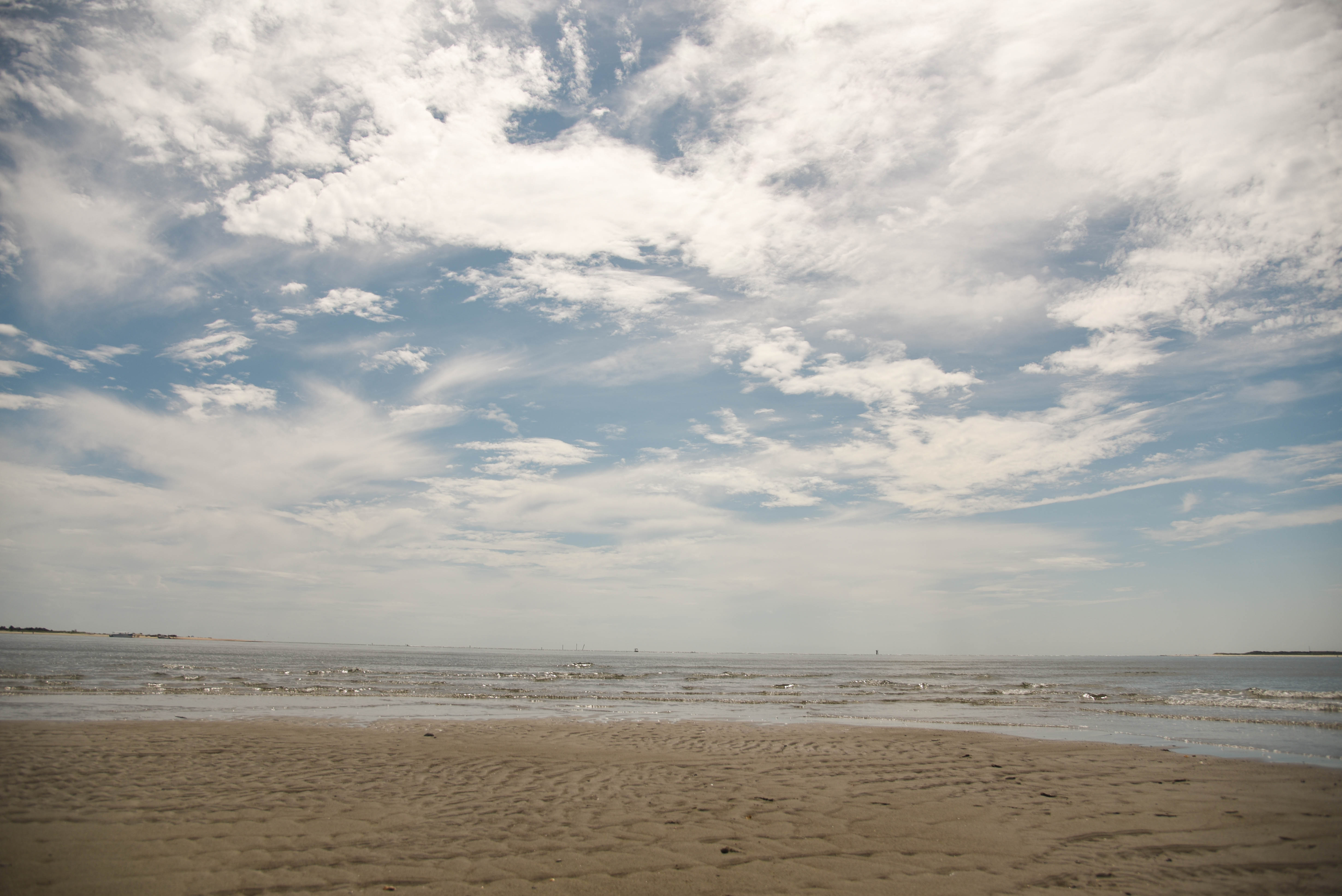 The strangest thing to me was that even though the sun was mostly covered, it was barely even dark out. But the lighting was quite strange. It looked like I was wearing sunglasses when I wasn’t. 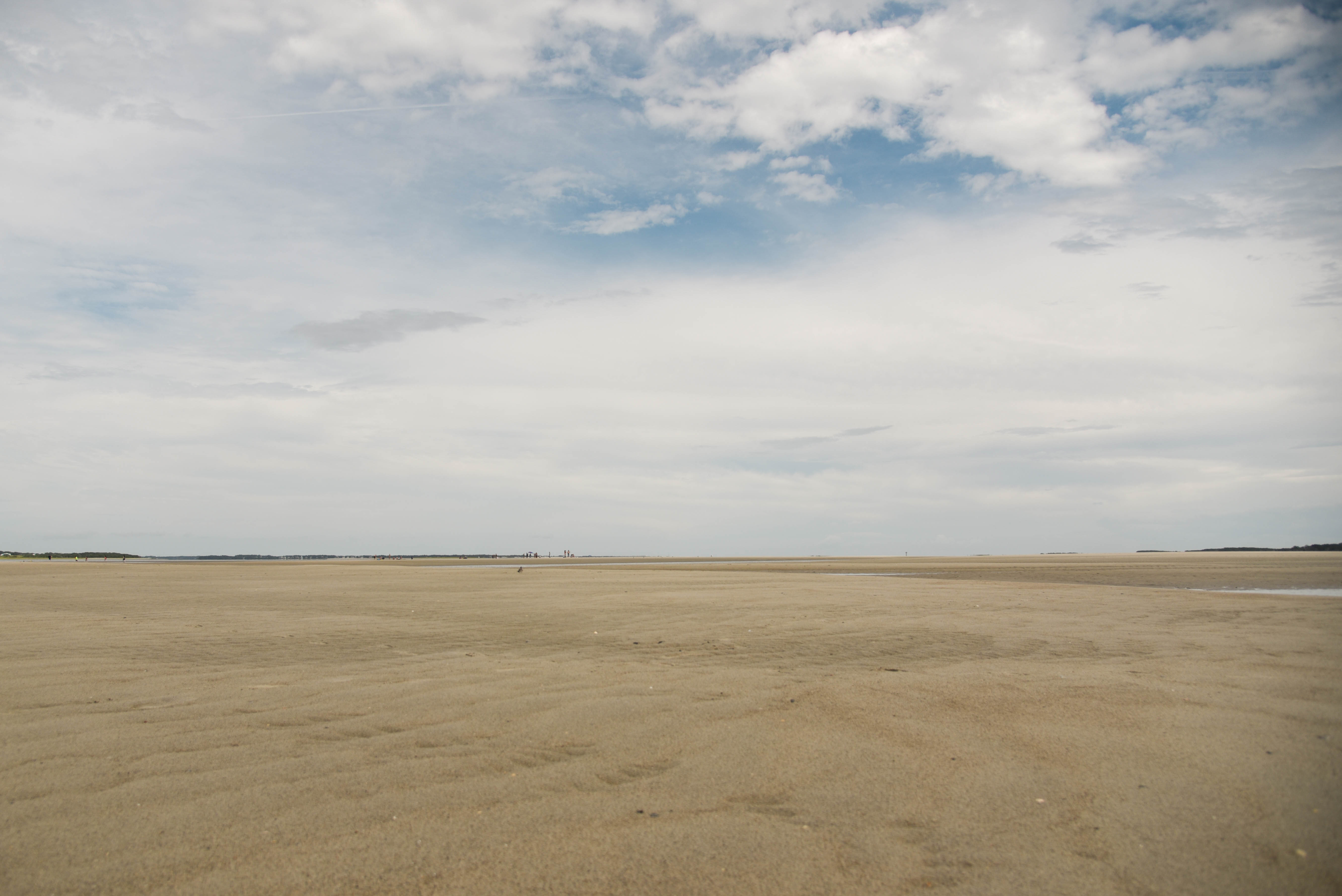 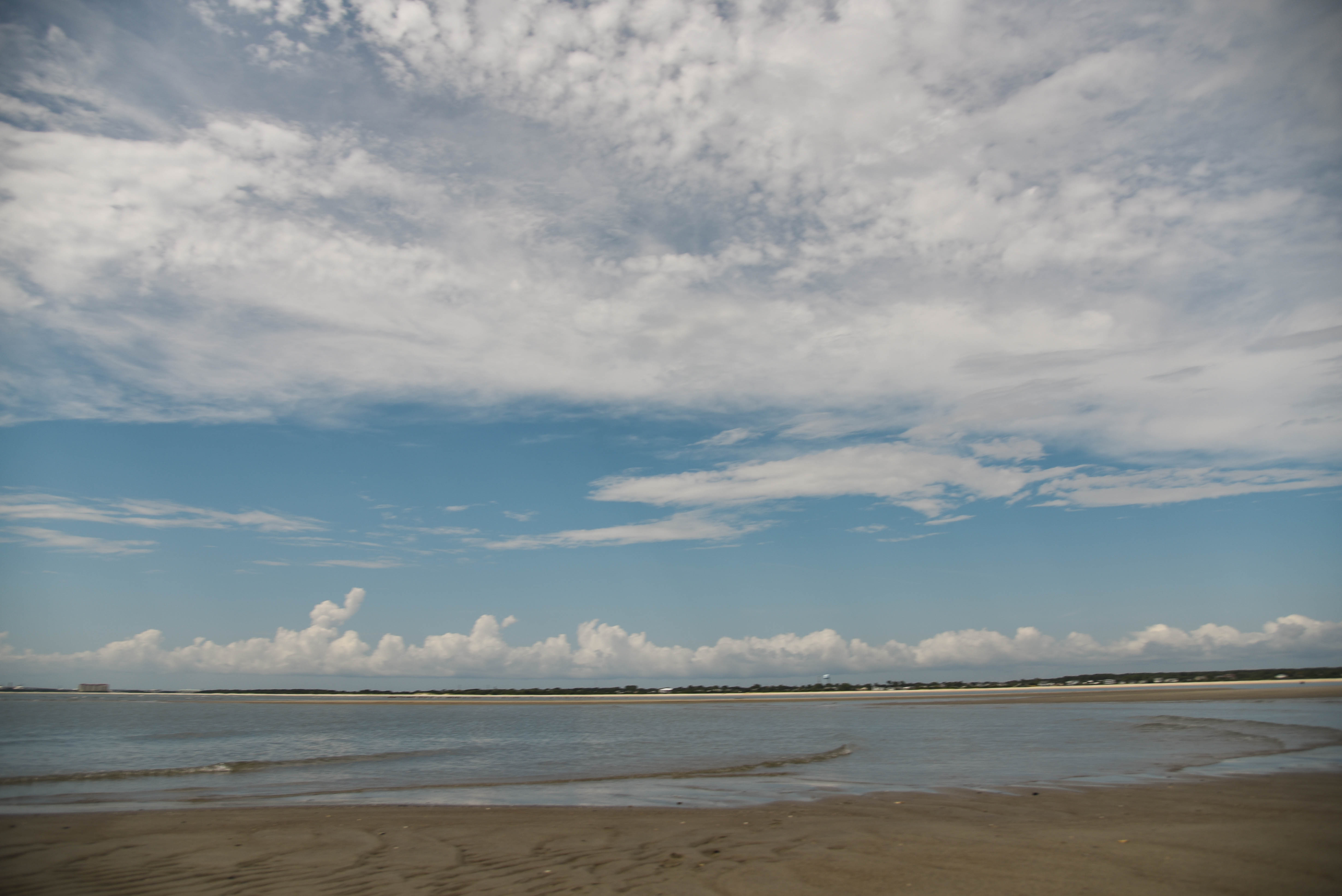 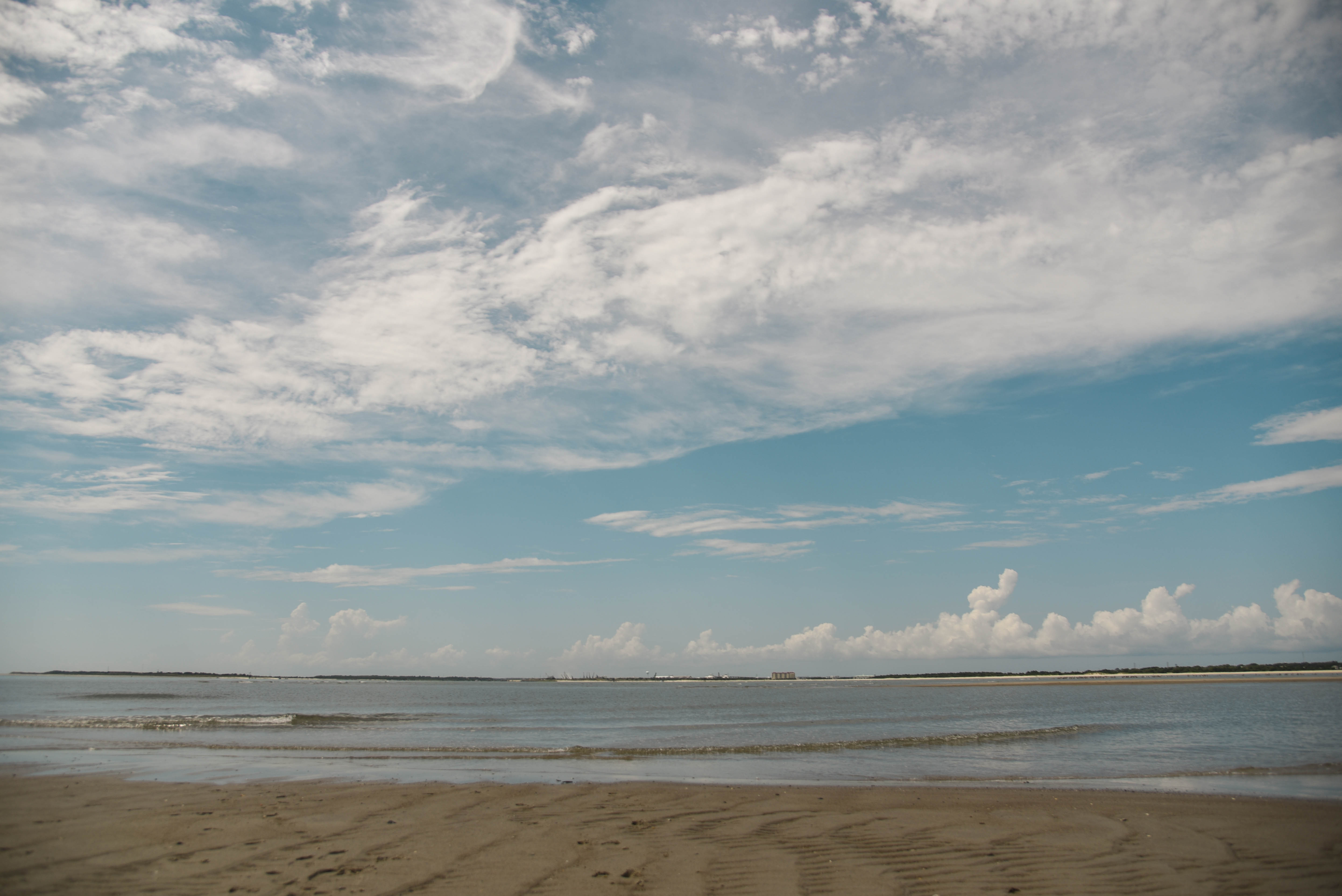 I was a very cool experience to be at one of my favorite places during a solar eclipse. It worked out for the better that I forgot about the eclipse, because if we had planned on traveling the path of totality, we wouldn’t have been able to see it because of the rain.
One day I want to see a total solar eclipse. The next one is just a few years away in South America. Sounds like a good excuse for an exciting vacation!
Categories: Beach, Eclipse, Ocean, Outer Banks, Sand Dollar Island, Vacation

While we were at the beach, we took a trip to one of my favorite places. Sand Dollar Island!

You can only get to Sand Dollar Island by ferry, so we headed down to the docks to catch a ride over.

It is actually more of a giant sand bar then an island, and it is only accessible during low tide because it can get completely submerged during high tide!

The ferry drops you off on this deserted island and comes back about two hours later, after you’ve had plenty of time to scour the waters for Sand Dollar treasure.

The water surrounding  the island isn’t very deep. Here I was kneeling on the bottom searching for the perfect Sand Dollars.

The live ones must be left on the island though to continue their little sand dollar lives.  I had never seen a live one before, which are the dark brown fuzzy ones. There are so many that if you reach down into the sand at any point, you are sure to grab one! Finding dead ones takes a little more luck, but they are usually plenty.

If you’re lucky you may even find a lovely conch shell specimen!  I was so excited when I stumbled upon this guy, only to find that…

Somebody was still home! I plopped him back in the water and watched him inch along the sand. It is so neat to see a living conch.

The view here is so pretty; other smaller sand bars stick out as a lovely golden among the bright blue water and then blend in with the cloudless sky. Sand Dollar Island is in the sound side, sandwiched between a few other islands so the waters are calm, and there are no big waves to worry about.