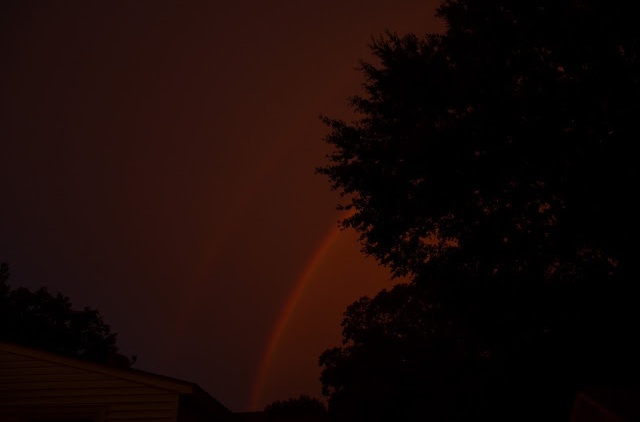 One evening, after some heavy thunderstorms, a night rainbow appeared. The sun was almost completely set, and the sky was lit up a bold shade of red. 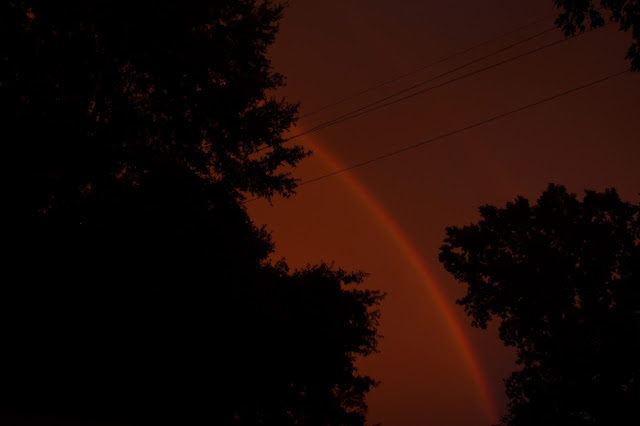 I’d never seen a rainbow in such a dark sky before. 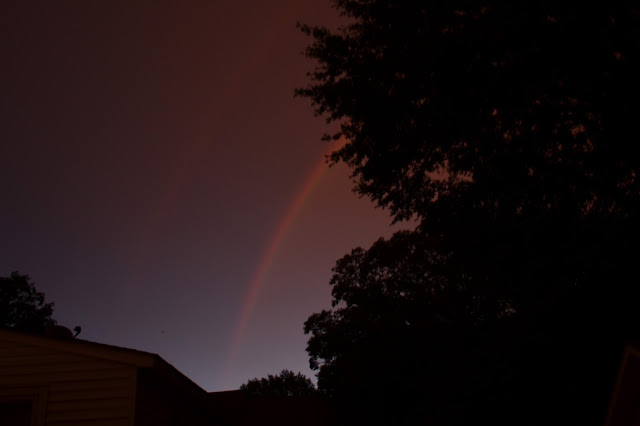 Lightning was flashing all around.. 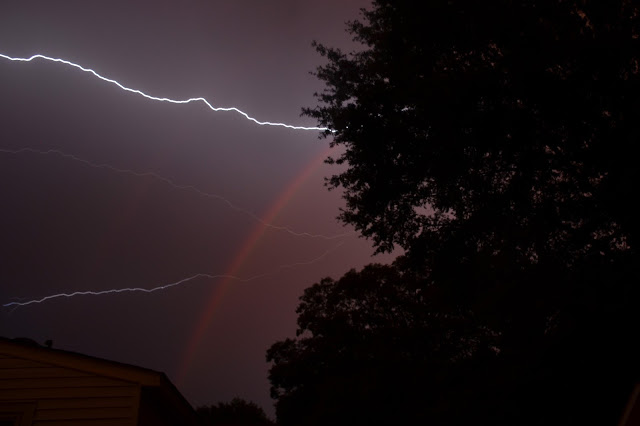 I managed to hit my camera shutter at just the right time to take what is probably the coolest photo I will ever take.
And then as the sun set a few minutes later, the rainbow was suddenly gone.
Have you ever seen a lightning rainbow?
Categories: Clouds, Lightning, Rain, Sky, Storm