When my friends and I visited the Abandoned Mill Village, we couldn’t resist taking a look inside the little houses that had been abandoned for forty years or more.

Many of them were painted bright colors inside, perhaps they had once been cheerful little homes. But now the paint was peeling from the walls, parts of the floors were caved in, and plants had begun to creep in through the broken windows and cracks in the walls. 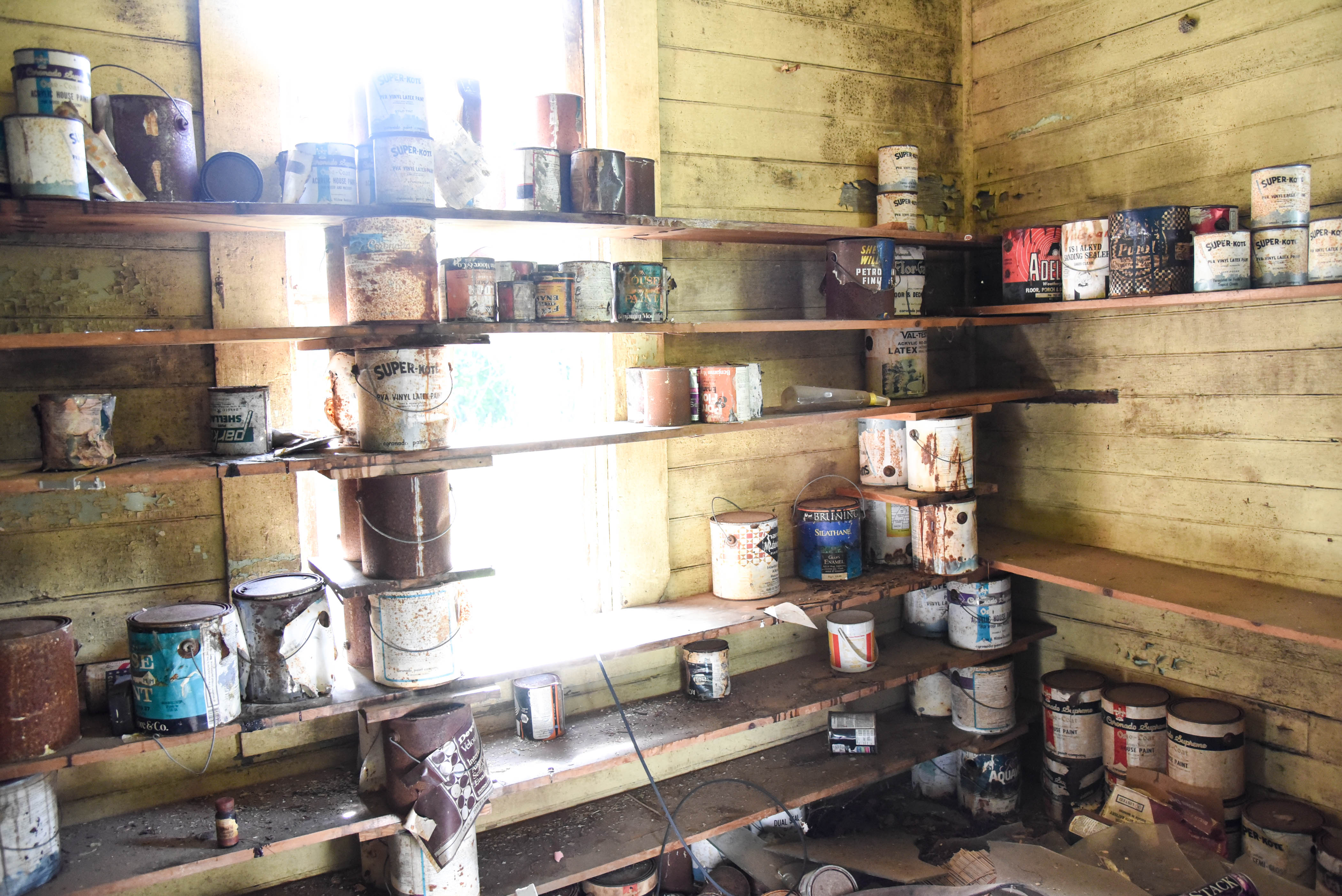 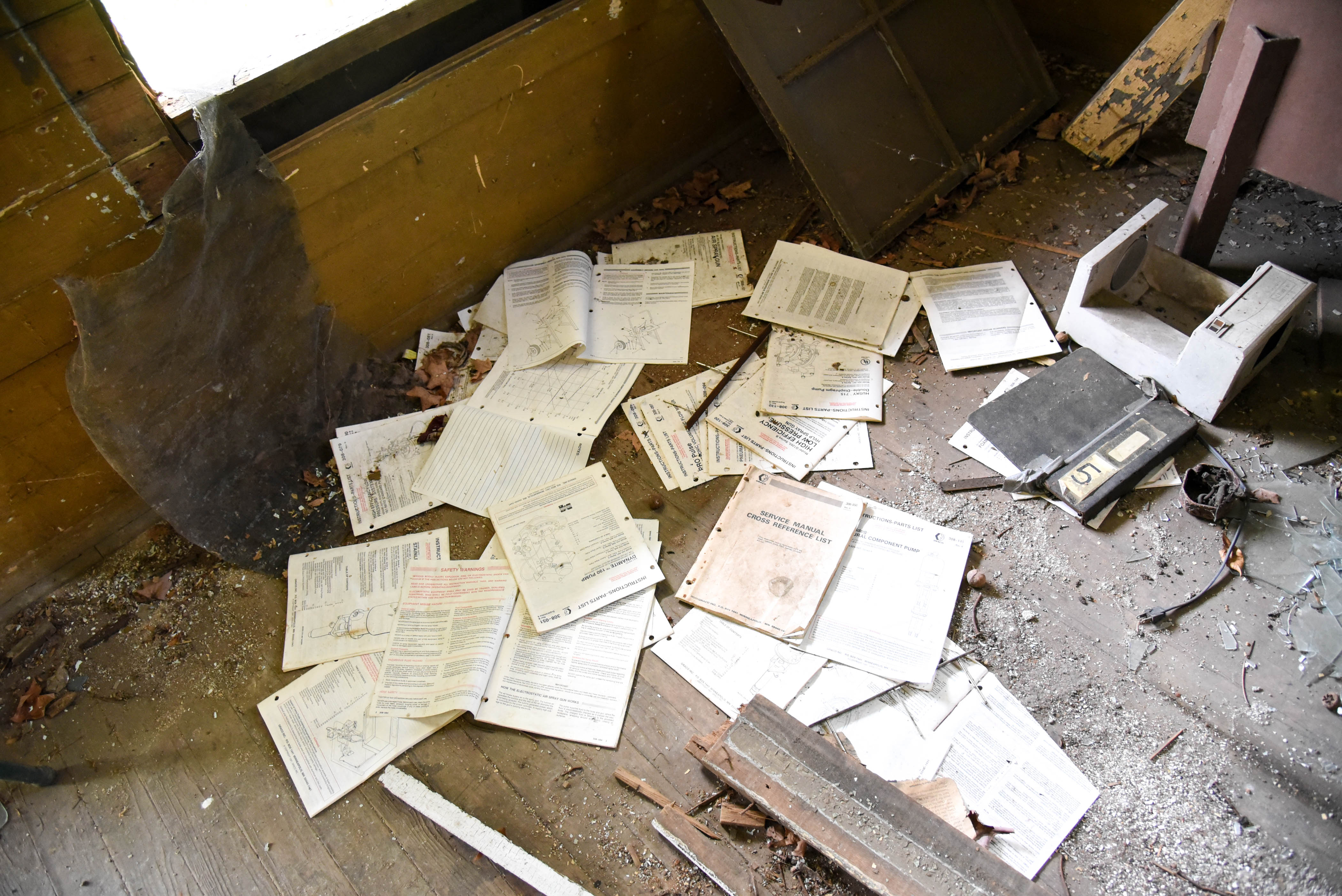 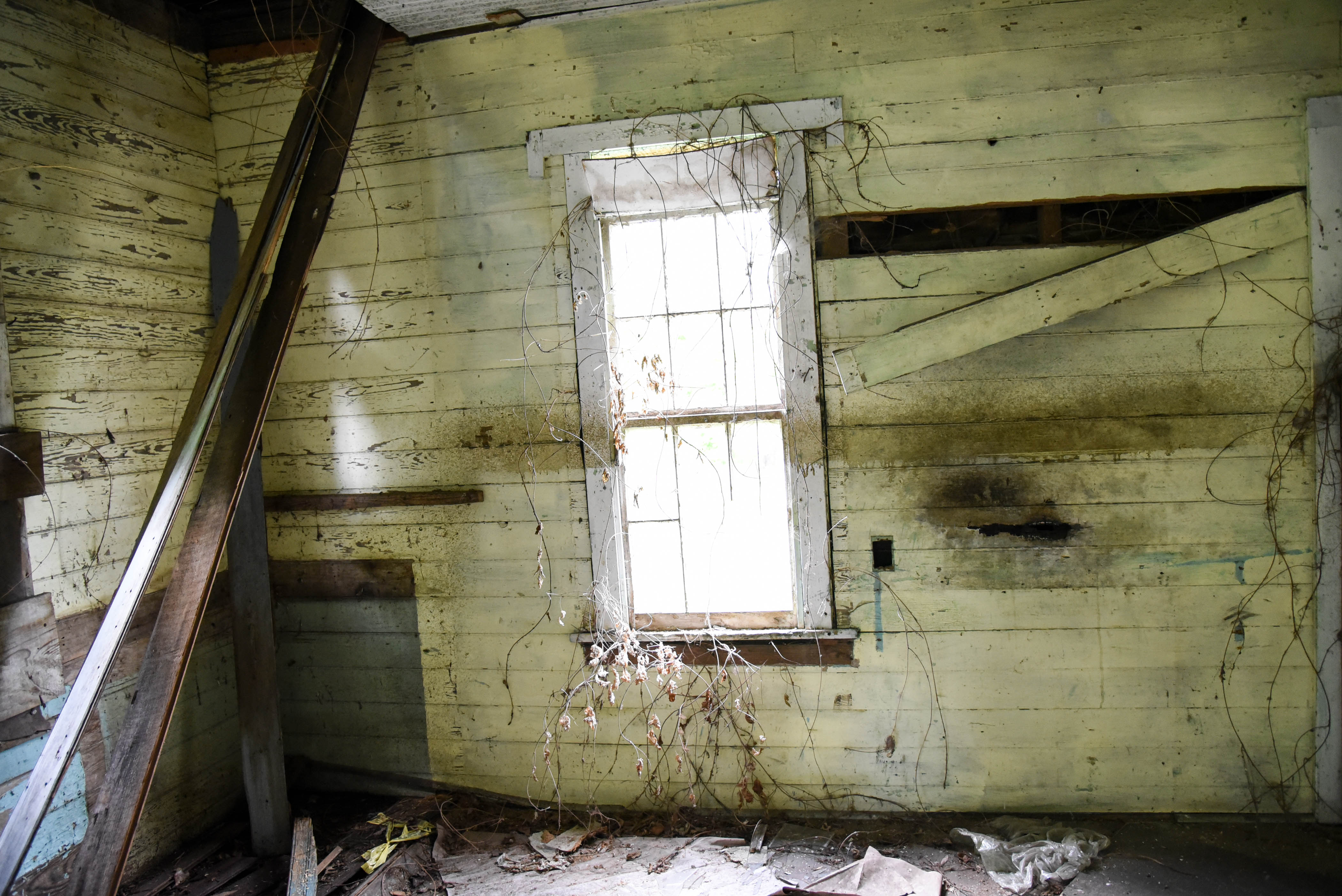 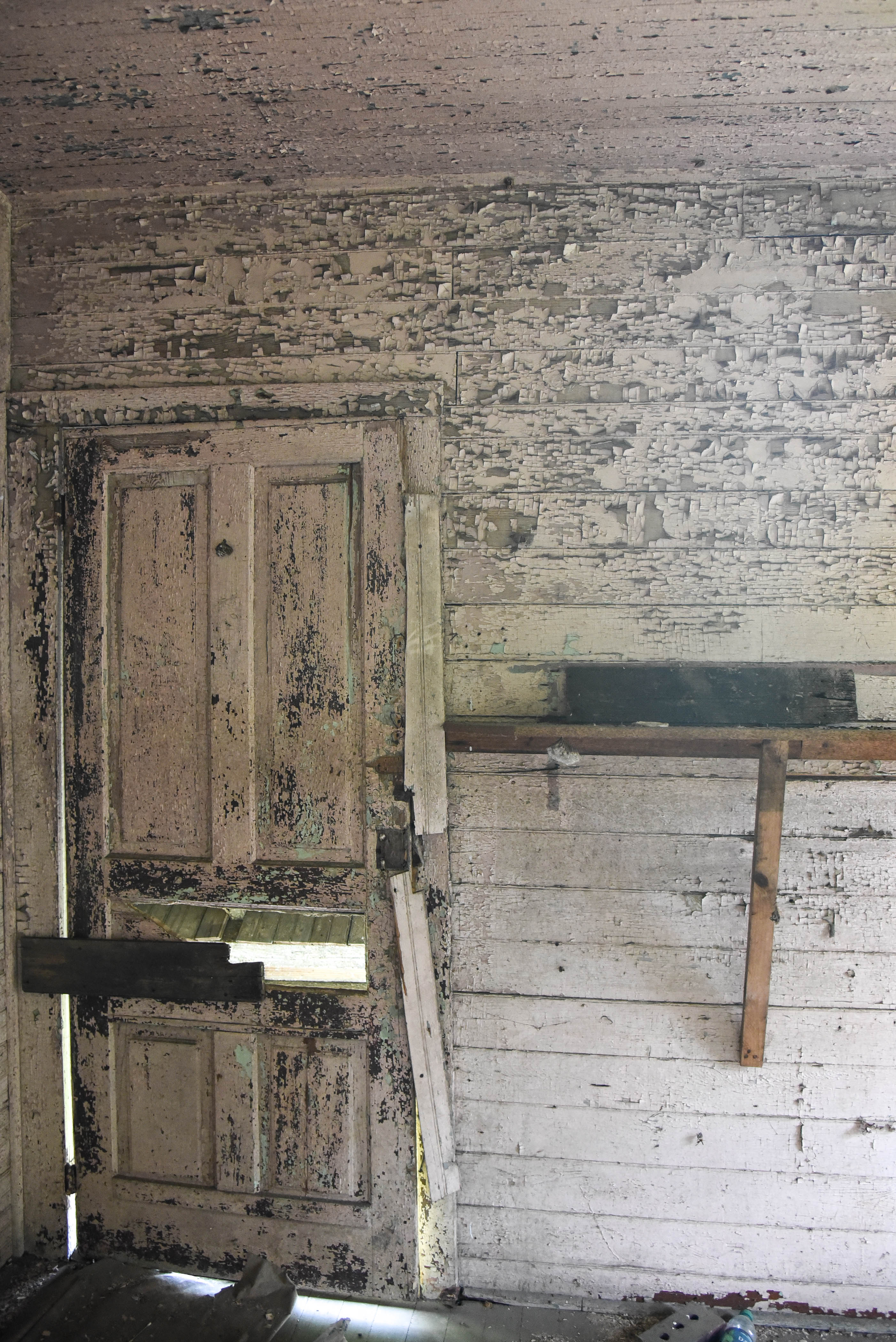 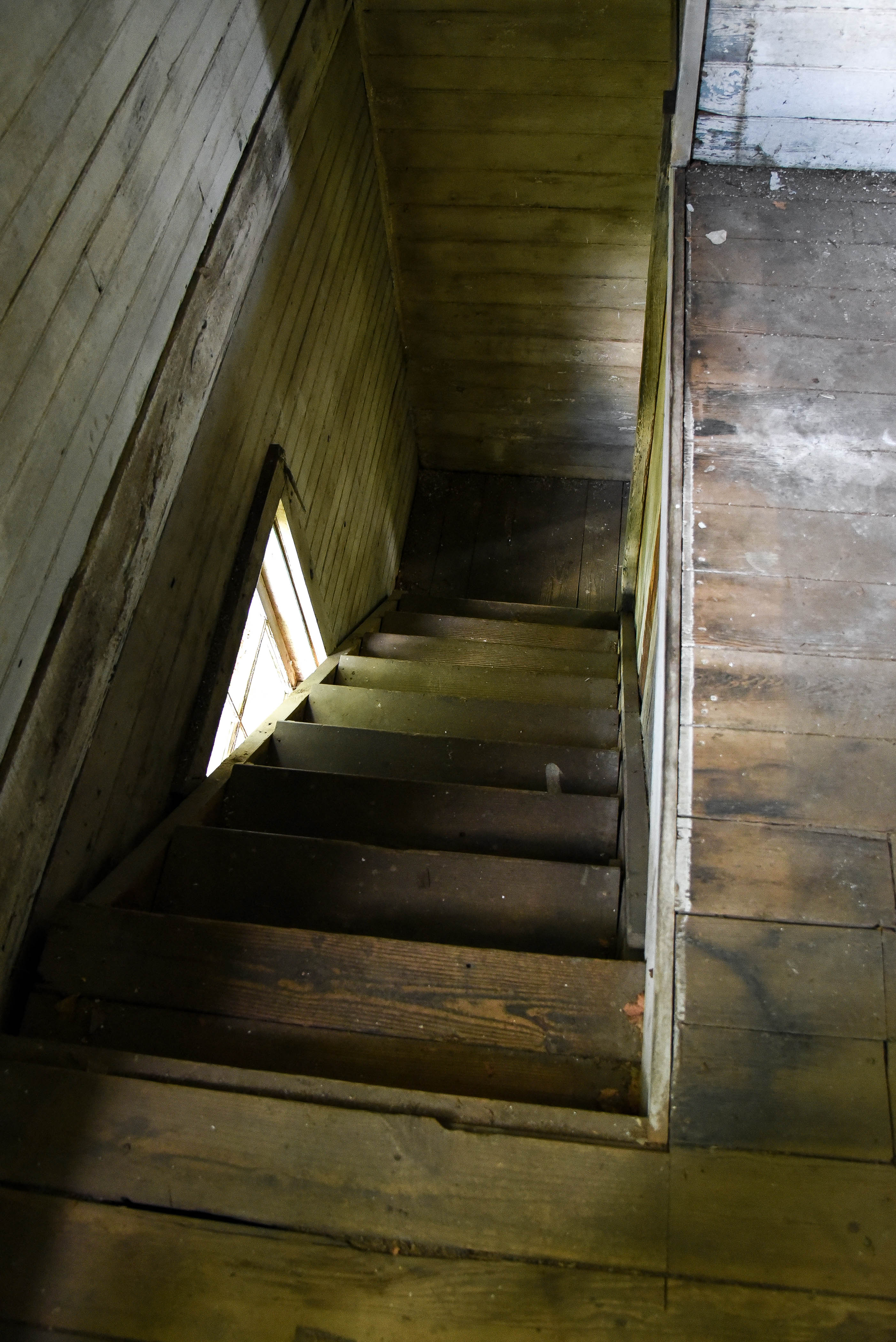 It’s a spooky feeling walking through a place now dilapidated, that was once somebody’s home. I wish I could see what these houses looked like when families were still living in this village. 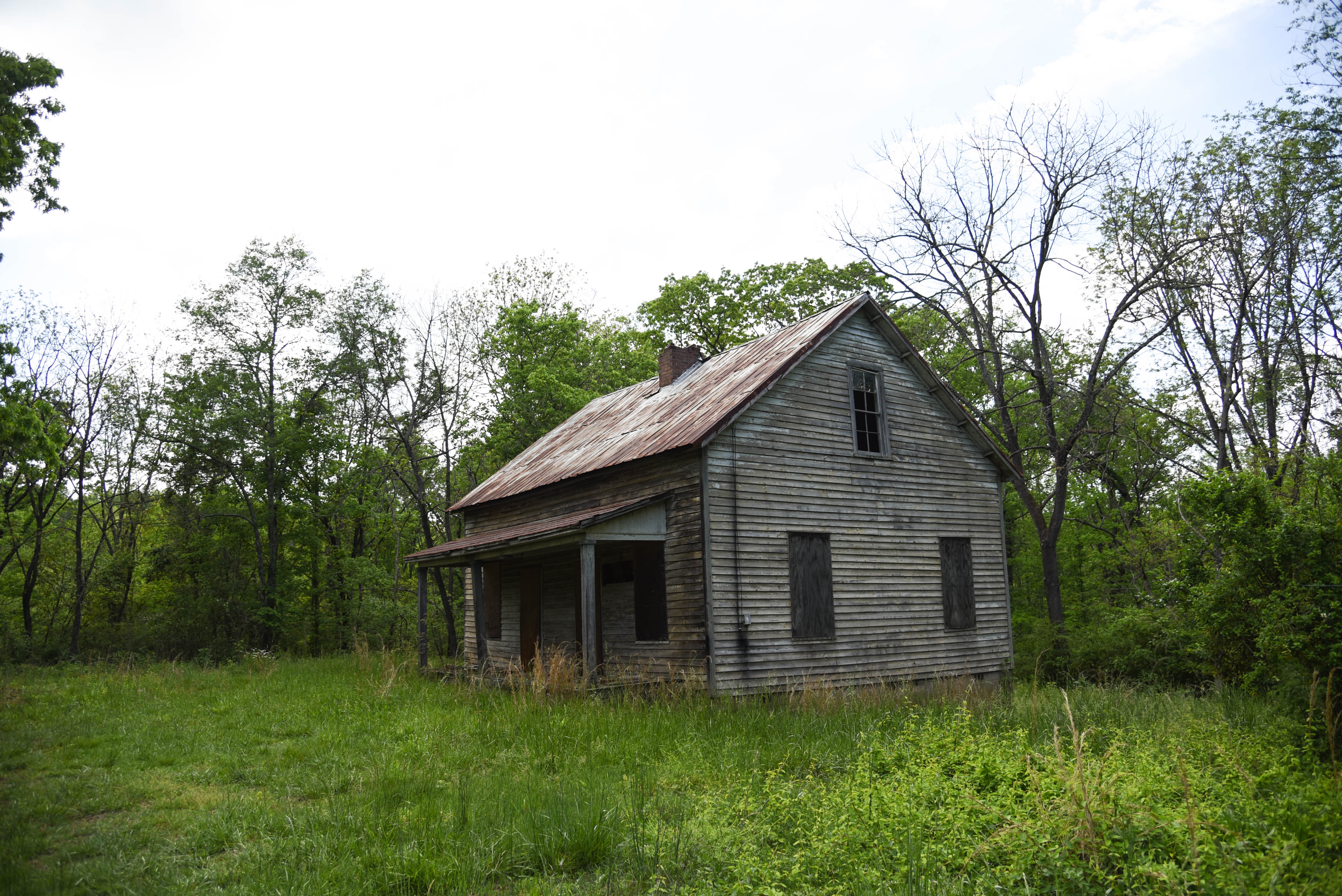 This is a sequel to my post: Cemetery in a Christmas Tree Farm

After my friends and I visited their family’s long lost graveyard, one of them had the idea of exploring an old abandoned village that had been used to film parts of the Hunger Games movies. It wasn’t far from the Christmas Tree Farm, and we were in an exploring mood so we went for it.

I imagined the village being tucked way back into the woods, maybe down a dirt road and hard to find. But in reality it was just a few minutes off the interstate, and on either side of a busy road!

This plot of land is called the Henry River Mill Village, and was an industrial textile manufacturing operation from the early 1900s to the 1970s. The mill workers lived in the 35 homes that made up this little village, but when the mill closed down and the workers left, the homes became abandoned and forgotten.

The little mill houses have certainly degraded over the many years spent abandoned, and most of them are full of graffiti and trash. But this mill town still seems to have quite a bit of character, with the winding pathways, rolling hills and overgrown brush that wrap around the homes. 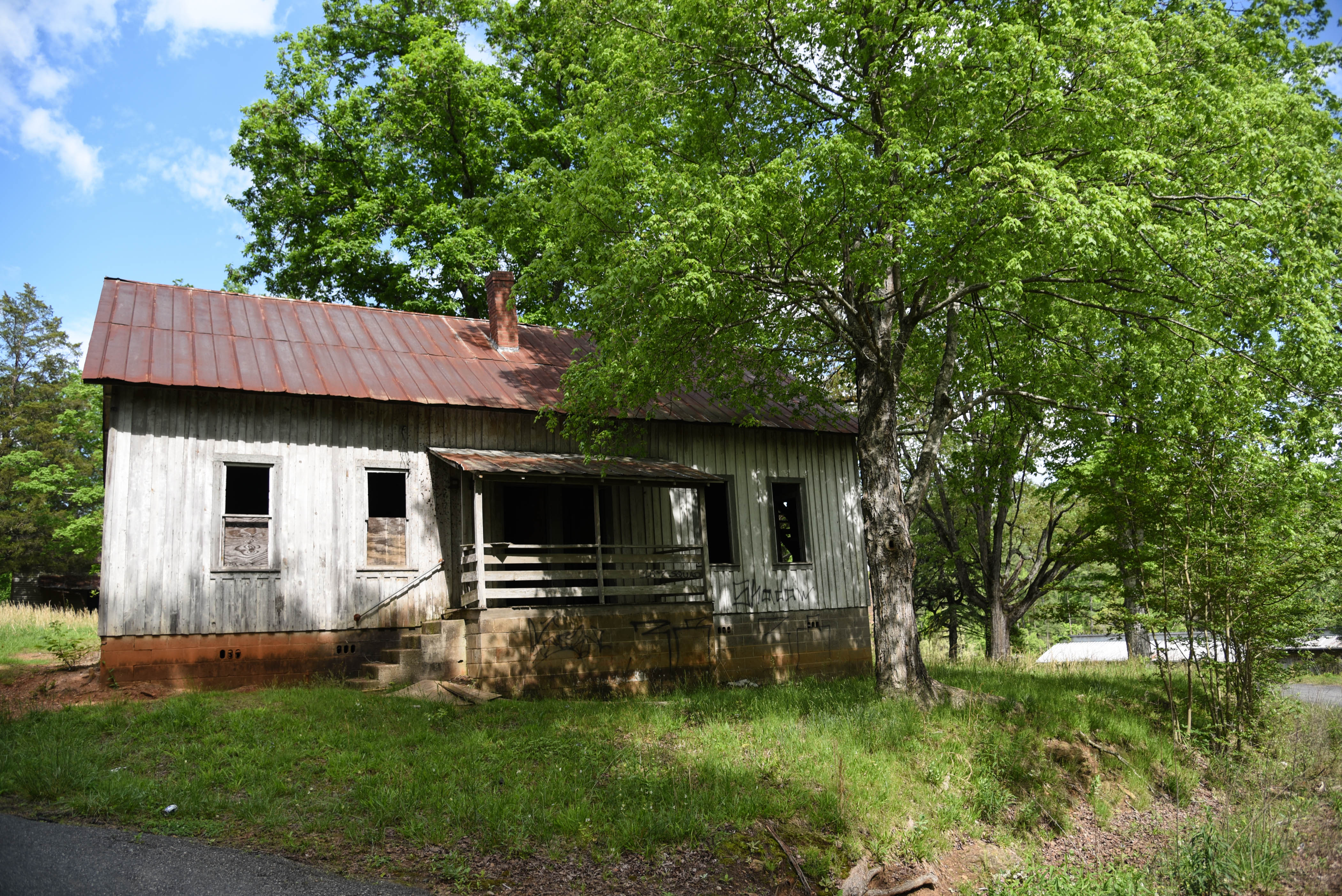 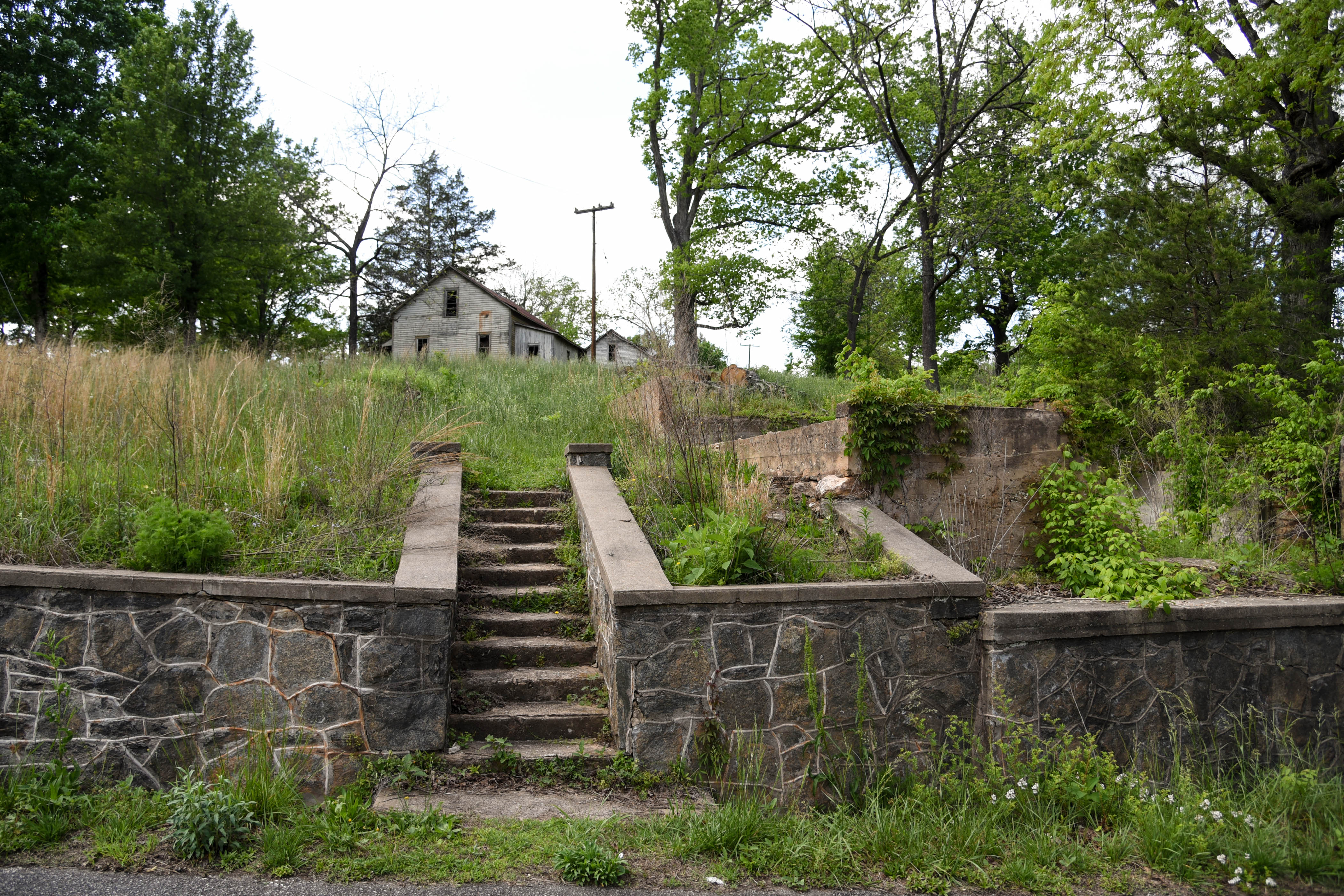 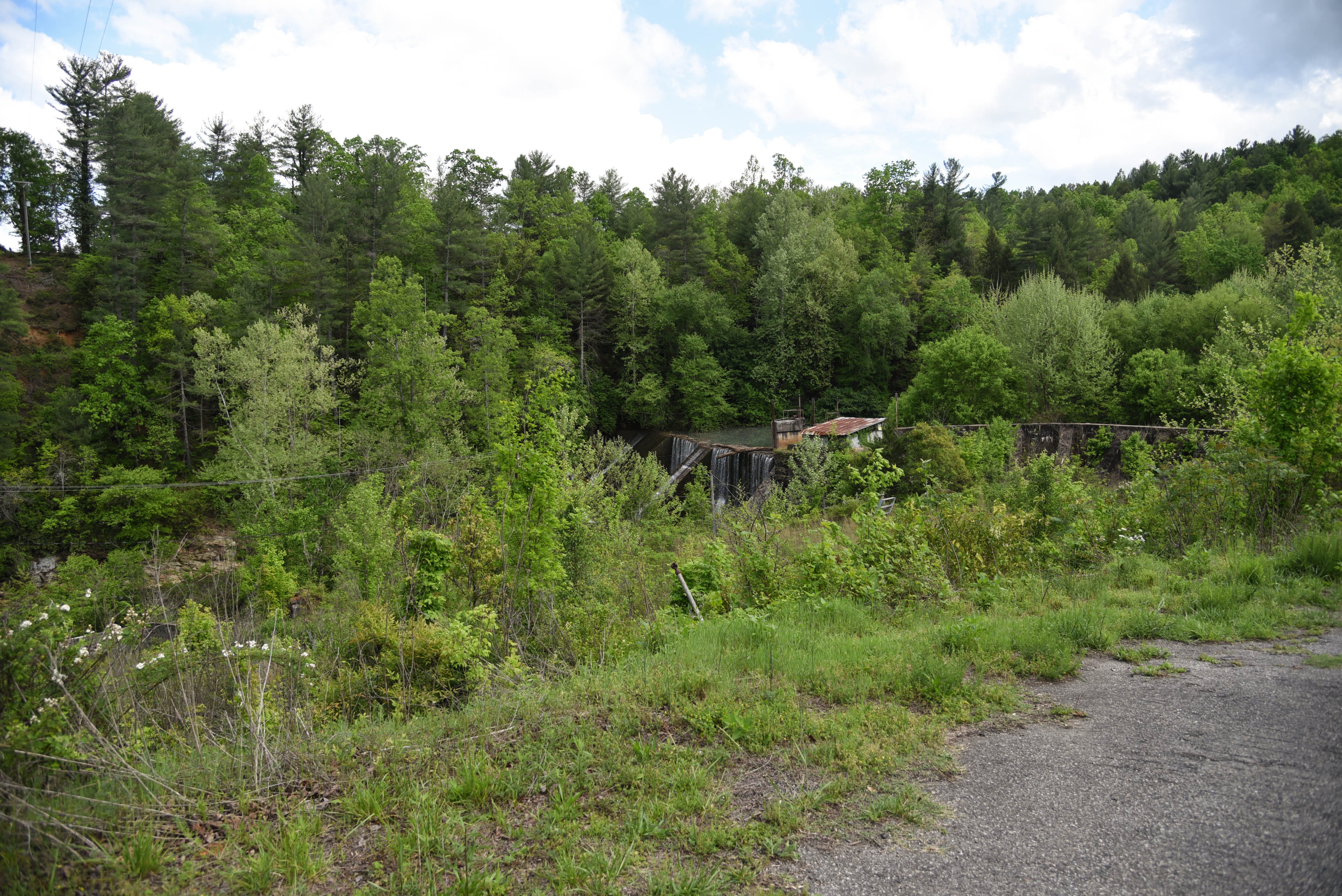 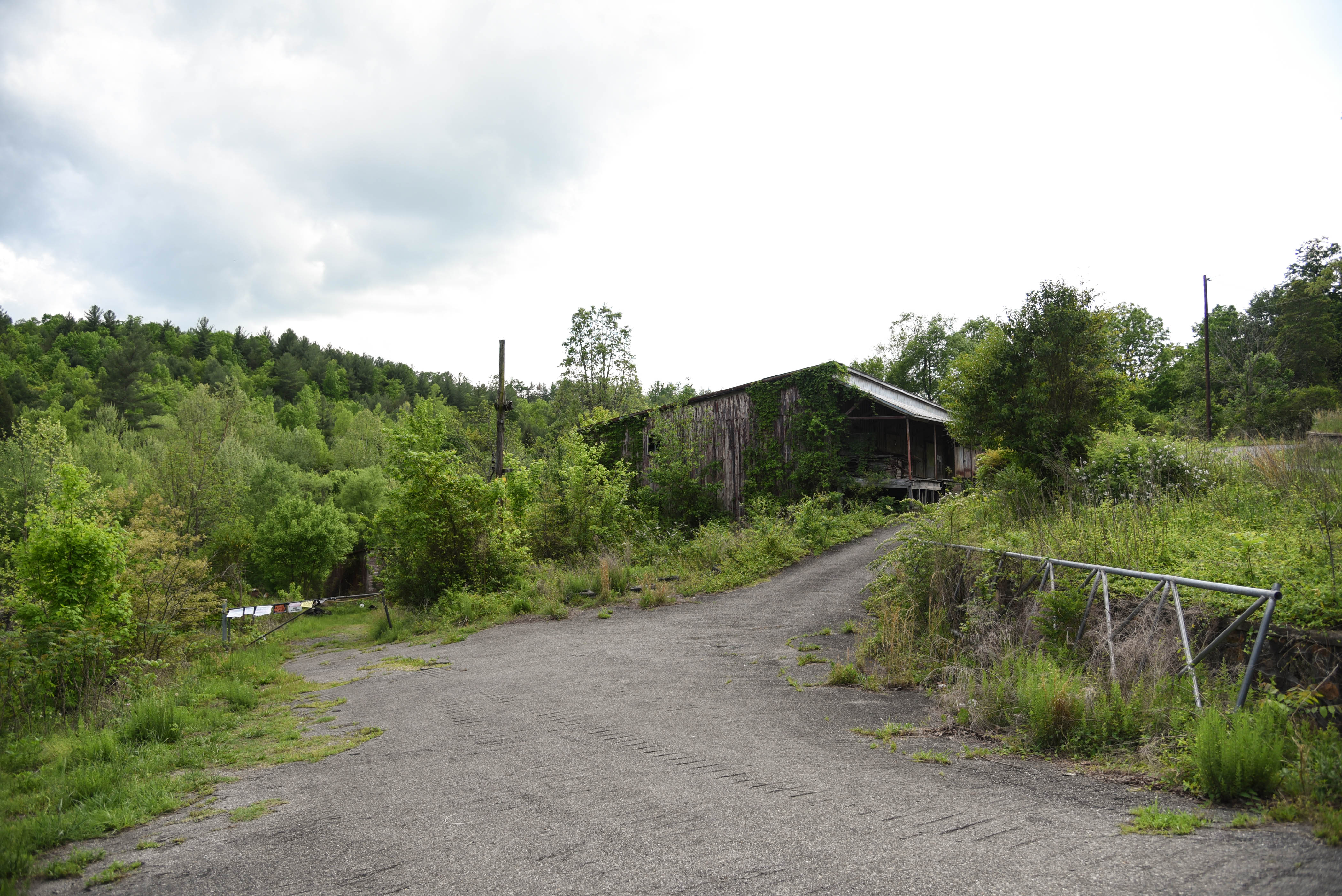 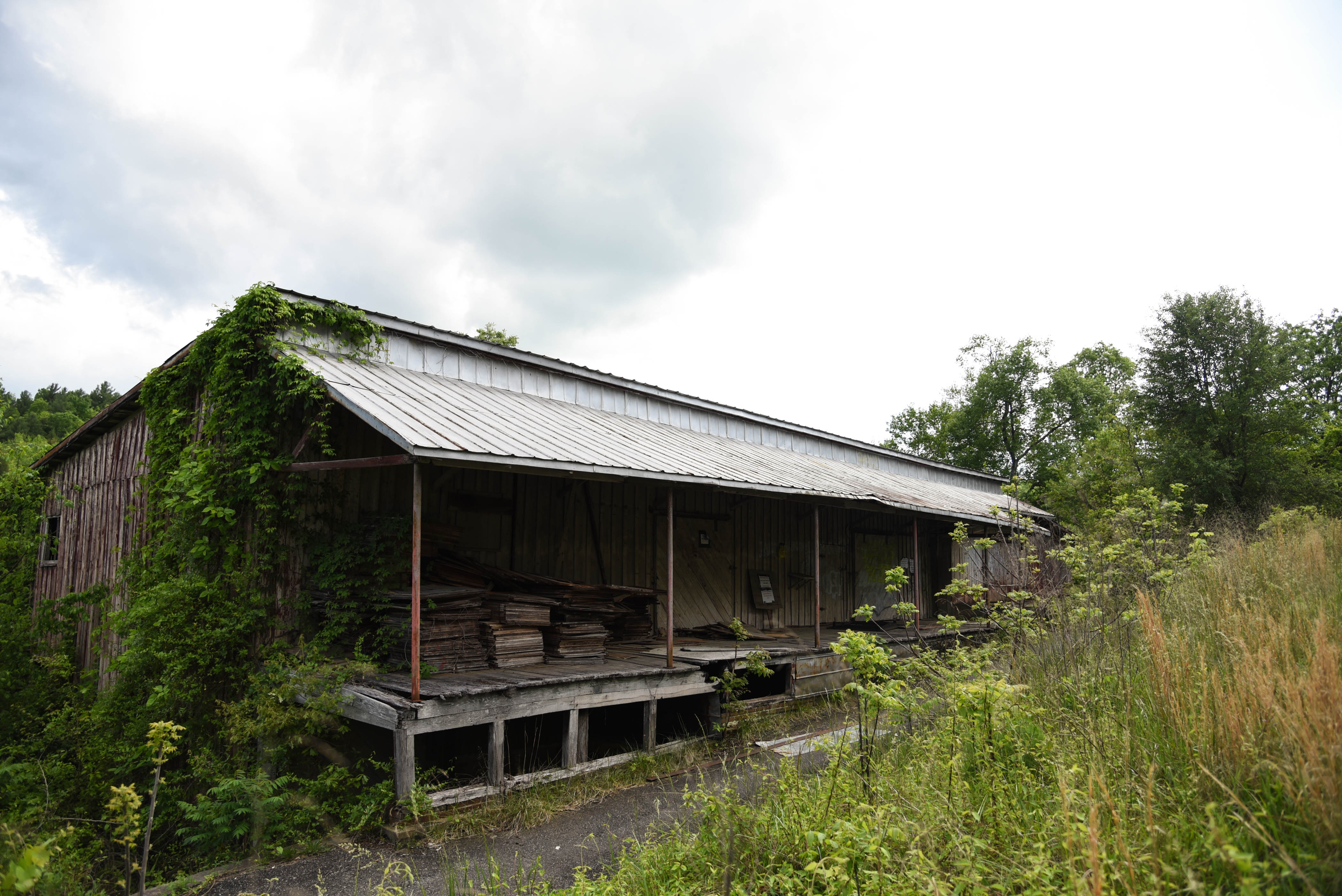 This entire town is actually for sale!  I’ll be interested to see what becomes of this little place in the future. I’d definitely love to return to it again someday.