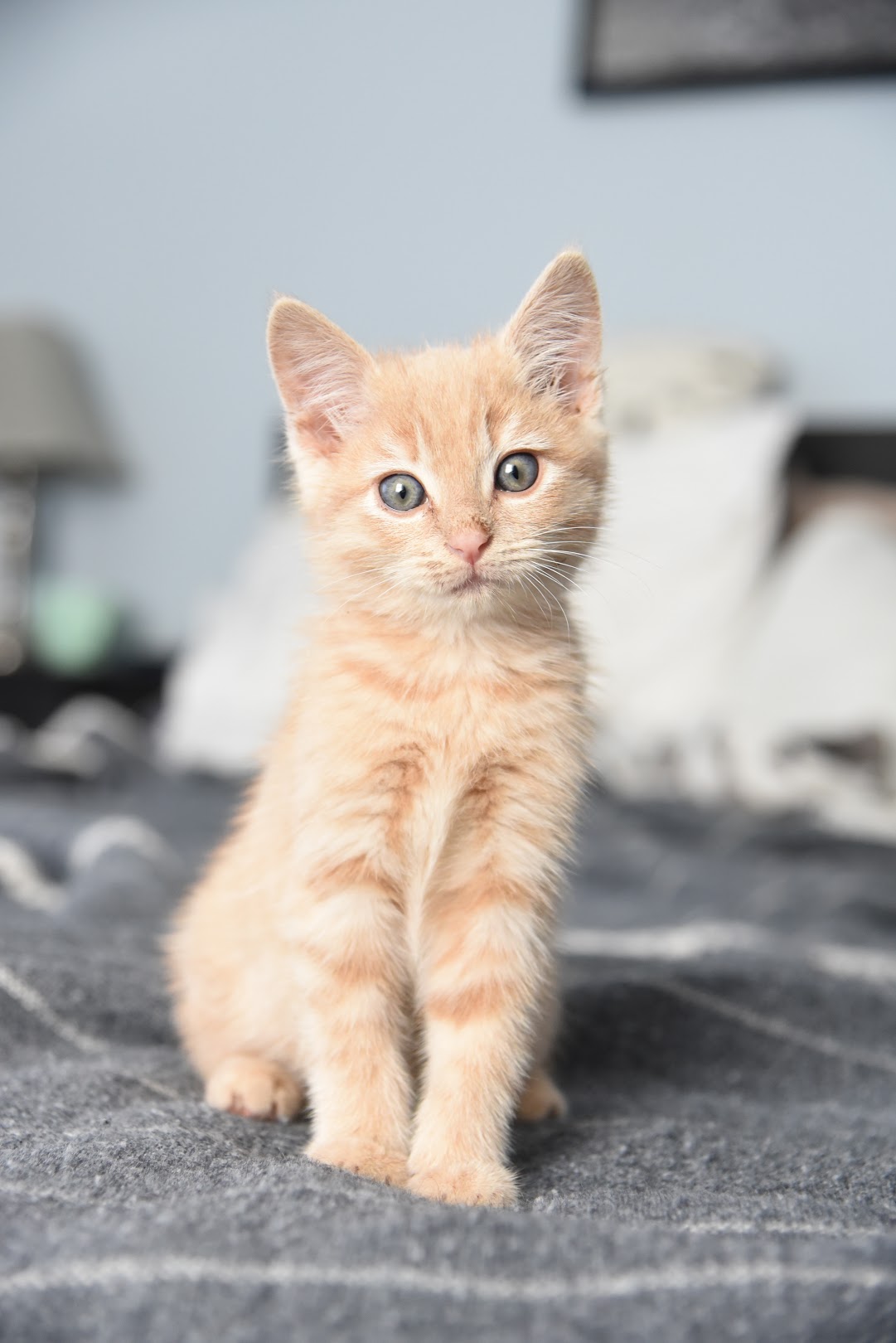 He flew out of a city truck going down the road. At first glance, it looked like a trash bag.

But it was a tiny kitten that tumbled down the road through the early morning traffic. He had climbed into the engine of the truck to keep warm.

His name was Tumbleweed.

Tumbleweed needed to be bottle fed since he hadn’t learned how to eat regular food yet.

He was a feral little guy, but the yummy food that was hand fed to him made him less nervous.

He was going to stay on the enclosed back porch that night, so the other cats wouldn’t freak out like they did last time they saw a different cat. But the thought of him out there was too sad, so inside he came!

He was afraid of every new sound he heard. He was also afraid if he was looked at for more than a few seconds.

A visit to the vet showed that he was healthy, except for a few intestinal parasites, and only around six weeks old.

We liked him too much to put up for adoption. Tumbleweed was here to stay! Hopefully his big brothers wouldn’t hate him..

Cloud was the first of the three cats to meet Tumbleweed since she is the most well adjusted.

She licked him clean, since he had never been taught how to do it himself.

Jeeves was next, and then came Chester, who was very freaked out of his new little brother at first and would growl and hiss.

It took a couple months before all three boys could be together without freaking out. And it happened on Christmas eve!  There were a couple random freak outs after that, but now all four cats are happily living together!

Tumbleweed was a great little surprise!