Home    Blog   Snail Emporium   Cart   Account   Contact
While we were driving up to the mountains for our blue ridge parkway trip, I saw a billboard for something called the brown mountain lights. It sounded familiar so I googled it and found out that there are these unexplained lights that occasionally appear in the woods and float up above brown mountain. I got mildly obsessed with researching it; how does nobody know what they are?! I am a very skeptical person and wanted to see them for myself so badly. But knew that was highly unlikely because that would mean camping out in the middle of nowhere and the sightings seemed so few and far between that chances of actually seeing them was very slim.
Upon my research I read about this awesome overlook called wiseman’s view where you can see brown mountain from, so if I couldn’t see the lights, I’d definitely settle for just seeing the mountain. Although the thing that really sold me on it was that the website said at night you could see the soft glow of the city I live in, which was a good 2-3 hours away. I knew I wouldn’t be able to see my city in the daytime but just knowing I was staring at it from so far away gave me this crazy feeling. I HAD to go to this place!

The drive up there was a little scary, you turn off the main road onto this weird backroad that eventually turns into a very narrow, very hilly, gavel path. Most places were not wide enough for two cars to fit so if another one was coming, one of you was going to have to pull aside into the brush!  On one part of the road we were on the very top of a mountain range with a steep drop on either side. And you know those runaway truck ramps they have on highways in the mountains to stop semi trucks if their brakes happen to fail?  Well on this path they had miniature versions. For you car ._. We kept asking ourselves if we should turn around, but we kept on going and eventually made it!  The path to walk to the overlook was nicely paved and smooth which I found kind of funny.. 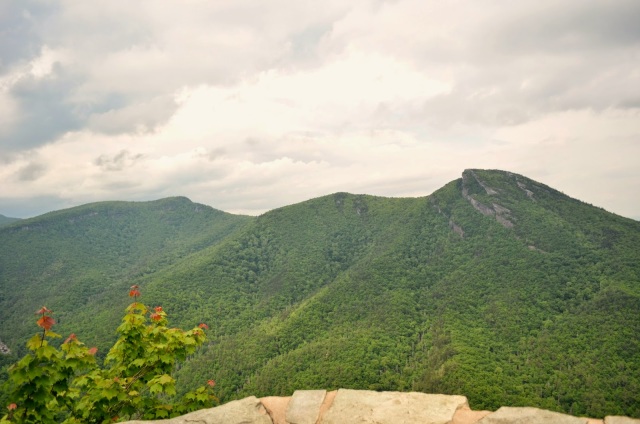 I was not disappointed! The view was amazing!

Brown mountain is that long ridge behind those two peaks, and apparently the lights have been seen floating all over that general area. Beyond that ridge is where you can apparently see the glow of my city at night.

You stand on this little rock patio that overlooks Linville gorge 1500 ft below! 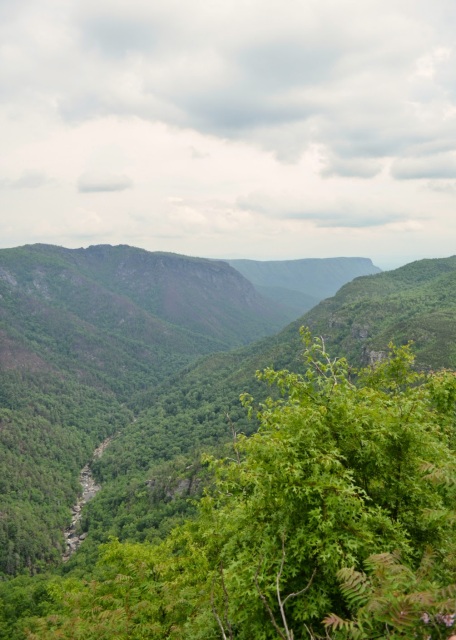 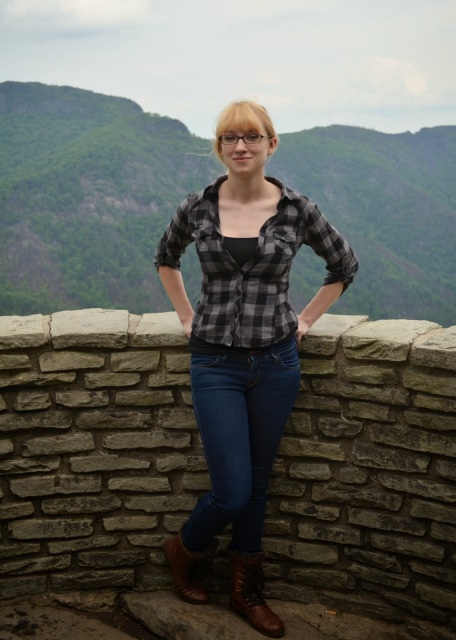 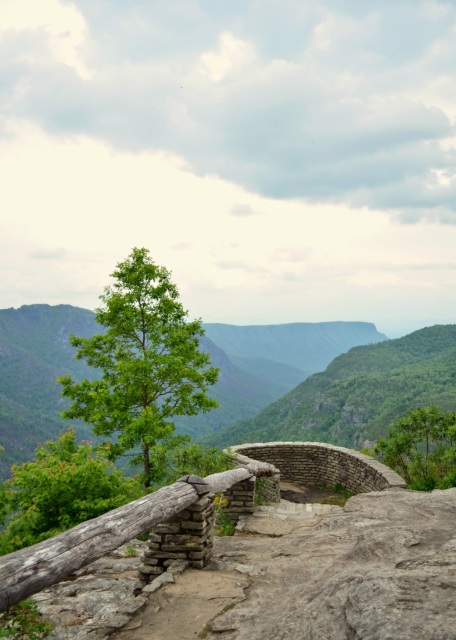 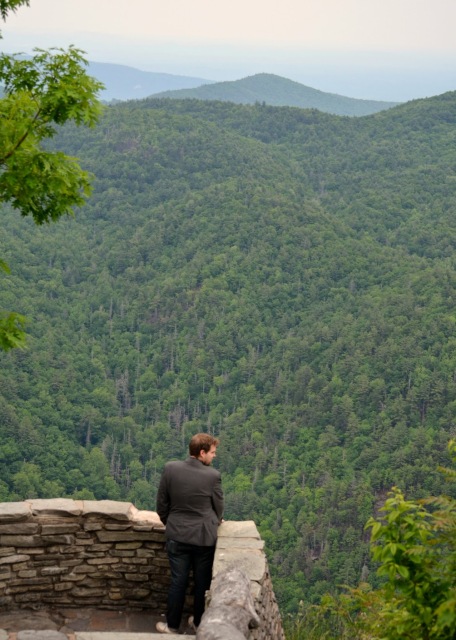 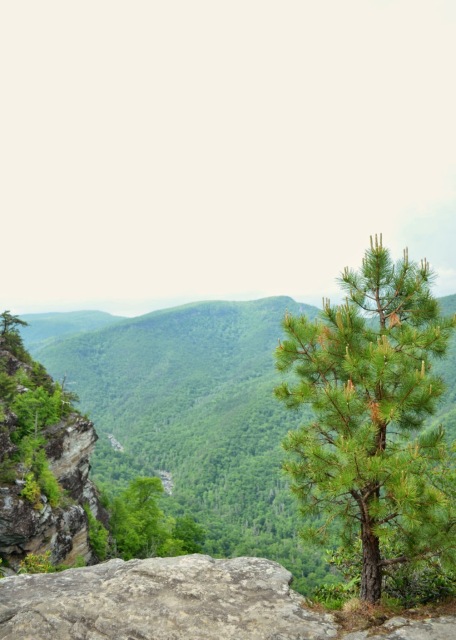 I’ll leave you with this little panorama I made. (Brown mountain is that blue hazy line right in the middle!) To see it in a larger size click here.
Even though it would be super scary, I would love to go out there at night in hopes of seeing the lights, I am so baffled and intrigued by them! There are some links here and here to some info and theories behind them if you’re curious!
Categories: Blue Ridge Parkway, Brown Mountain Lights, Mountains, Wiseman's View, Woods